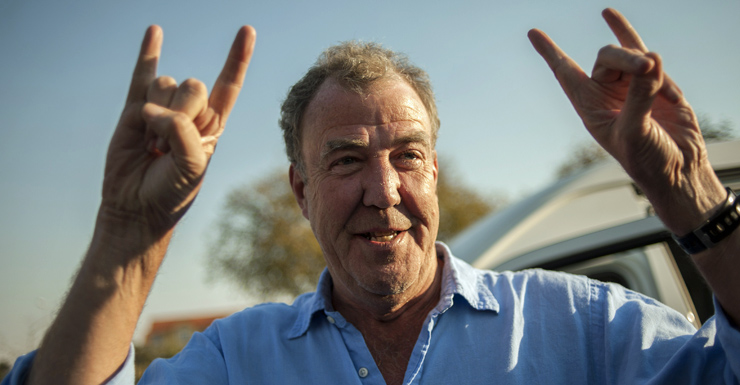 Jeremy Clarkson has been admitted to hospital in Spain while on a family holiday, and is being treated for pneumonia. Photo: Getty

Former Top Gear host Jeremy Clarkson has signed a deal with Amazon to present a new motoring show alongside his former co-presenters Richard Hammond and James May.

Clarkson was fired from the BBC for physically attacking a member of Top Gear’s production staff in March.

Shortly after his sacking, Hammond and May left the show.

Despite being shocked at the broadcaster’s decision not to renew his contract, Clarkson had said he was confident he would do another car show eventually.

Amazon said the new show, to be overseen by the trio’s long-time executive producer Andy Wilman, will be available on its subscription streaming service Amazon Prime next year and will run for three seasons.

It gave no further details of the as-yet unnamed show.

Clarkson, 55, was replaced as lead presenter of the globally popular Top Gear show — aired in more than 200 countries and watched by 350 million viewers worldwide — by television presenter and DJ Chris Evans.

Clarkson had generated both controversy and profits for Britain’s publicly funded broadcaster, and had been on a final warning over accusations last year he had used racist language while filming the show.

Last October, the show sparked a diplomatic incident between Britain and Argentina, which went to war in 1982 over the Falkland Islands.

A Top Gear television crew was forced to flee Argentina after driving a Porsche 928 GT with the registration number H982 FKL, which some people suggested could have referred to the Falklands conflict.

Top Gear hosts are back