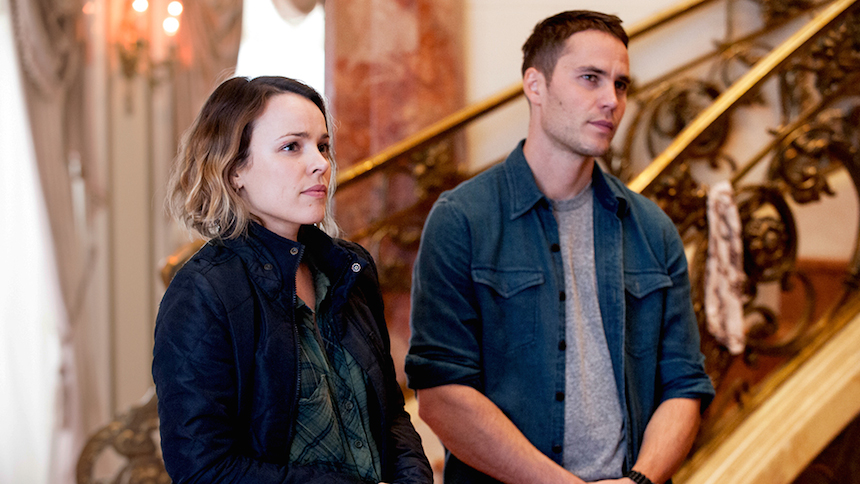 One episode shy of the halfway mark of True Detective season two, there are still plenty of questions.

Aside from the small matter of who killed sex-obsessed city manager Ben Caspere (and why they did it in such a graphically exciting manner), there’s a cult-like religious retreat; the changing lyrics to the opening credits’ song; the missing money and secret deals; the curious bird motif; a lingering sense of a bigger conspiracy; and the none-too-subtle male potency theme that links the three lead actors’ characters along with knife-wielding Ani (Rachel McAdams).

Heck, we even got a Lynchian dream sequence to kick off episode three.

• Song of the week: a surprise hit from True Detective
• Ten TV shows to help make you feel smarter

It’s a big, hot mess. Yet with strong performances and engaging mystery it has just the right combination of hook and bait.

Unfortunately, there are many opining on the internet that this season is a pale shadow of season one. Claims that the southern charmer of last year has been replaced with a Californian copycat.

Yet in this second year PM (Post McConaussaince), the real complaint that seems to seep out of each of the smaller concerns is this: True Detective isn’t confusing me the same way it confused me last year (and I don’t like it).

True Detective season one was a head scratcher. From the first minute of episode one to about an hour-and-a-half after the credits rolled on episode eight, it was a riddle wrapped in a creepy kids’ drawing wrapped in a whole lot of crazy. People still publish theories about what really happened and what it all meant.

The new edition seems to be being punished for adhering to the old maxim: fool me once, shame on you; fool me twice; shame on me.

It would be a shame on us all if this was anywhere near similar enough to warrant the development of a True Detective formula.

Writer Nic Pizzolatto has some consistencies in what he has delivered, other than a near-maddening level of confusion.

There are already strong indications that the story is in some way based in reality. Vanity Fair have drawn together much of the material from the first three hours of the show to support a suggestion the show is referencing the real life secret society Bohemian Grove.

The characters are also once again suspicious. Two of the three officers leading the investigation have mud on their professional records – Colin Farrell’s Velcoro is suspected of going after his wife’s rapist off the books, Taylor Kitsch’s Woodrugh is being investigated over eliciting sexual favours as a bribe. Yet we effectively know the truth behind these charges. One is innocent, the other is a long way from it.

The more useful suspicions narratively come in the characters’ backgrounds. Where Harrelson and McConaughey were unreliable narrators, this generation is made up of unreliable autobiographers. Each of the characters has a question mark hanging over their own histories they cannot bring themselves to answer. Woodrugh’s sexuality, Velcoro’s son’s paternity and more broadly the reality of Ani’s upbringing in a cult-like family.

These are great elements to play with. They are reminiscent of the mysterious ways of the first season without trying to pull off the same tricks.

Still some are not happy. Where is this season’s girl tied to a tree wearing antlers? Where are this season’s bizarre twig creations? When will we get to the abandoned labyrinth and the yellow king?

Well, clearly, we won’t. This is a new cast, a new director, a new mystery but most clearly a new style. It shares its forebears’ most important qualities but shares remarkably little of its DNA.

Essentially, True Detectives season one and two are like a couple who at the moment of completing their wedding vows announce to the congregation they are actually distant cousins by marriage. Sure, they are related, but they are different in all the crucial ways, it’s a great event to watch and they are technically doing the right thing … they’re just confusing everyone at the same time.

True Detective season two is a hot mess. We love it