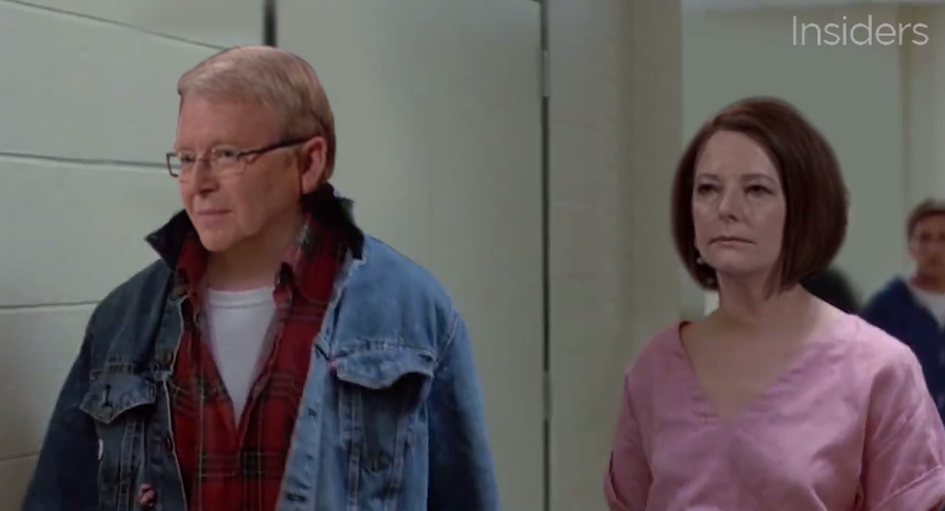 The clip debuted on ABC‘s Insiders program on Sunday morning, quickly gathering momentum online for its clever portrayal of the documentary about Labor’s 2010 leadership spat.

• The secret, hidden cost of your smartphone
• Alex McKinnon upset over Smith’s comments
• It’s official. This is the best diet for losing weight

Gillard in the role of Claire Standish and Rudd as the rebellious John Bender trade barbs against the movie’s famous detention backdrop, while 80s synth music blares.

The two-minute satire titled “The Breakfast Clubbing Season” was created by video editor Huw Parkinson and posted on Vimeo:

The three part documentary series was a ratings bonanza for the ABC, with each episode attracting an audience over 950,000 nationally.

This spoof could become just as loved, if the social media reaction is anything to go by.

Is this the best Kevin Rudd vs Julia Gillard spoof ever?