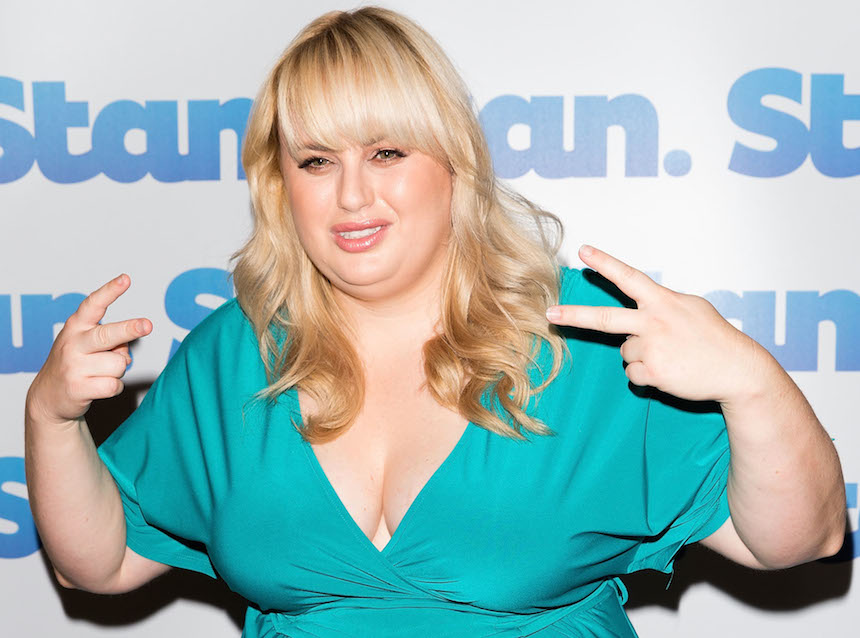 The incident has reminded some of other incidents. Photo: AAP

Surely you remember all the billboards and the irreverent advertising campaign featuring Aussie actress Rebel Wilson?

But this new subscription video-on-demand (SVOD) service would have only several weeks to prove itself before the arrival of the Death Star of streaming media, US giant Netflix. It has all the makings of a David versus Goliath tale.

• Netflix troubles? How to speed up your internet
• Foxtel vs Netflix: who will win the Game of Screens?
• Stan, Presto and Quickflix: which one is best?
• Quickflix CEO lashes out at Netflix with open letter

“Our acquisition run rates have actually expanded since the launch of Netflix,” Mike Sneesby, CEO of Stan, tells The New Daily.

“In the early stages there were a lot of people who had heard about Stan, but didn’t know what it was.

“That grew from awareness into consideration, with the increased awareness of streaming that came from Netflix’s arrival.”

Around 100,000-odd Australians signed up to the service in the first six weeks after launch. In the six weeks following that the figure doubled – around the time Netflix launched. The phrase ‘standing on the shoulders of giants’ comes to mind.

The service then ran into trouble, with users reporting various technical issues: from buggy apps and in-browser streaming faults to limited accessibility. Netflix had several years’ experience dealing with these issues. Stan had little.

By the end of March, four SVOD services were now available in Australia – Stan, Netflix, Quickflix and Presto – and a bidding war for eyeballs raged, with phrases like ‘first-run’ and ‘Netflix Original’ entering our vernacular.

Considering the average Australian’s growing lust for premium TV and movies, this bidding war could not be better timed.

“The research we performed before we launched indicated there were 1.5 million households with a high propensity to take up a service at the price point we offer and the kind of content we offer,” Mr Sneesby says.

That price is $10 per month, which includes HD content, compared to Netflix’s cheapest package: $9 per month for SD video. Pay an extra $3 on Netflix and get HD content on more screens.

At any one time, Netflix’s catalogue hovers at around 1100 titles, across movies and TV. Stan, on the other hand, has around 1250 titles. More content equals better value, right? Not necessarily.

Think of it like shopping for food. You can stock your pantry with high-quality, expensive items and have shelf space to spare, or you can buy lower-quality, cheaper products and fill your pantry to overflowing.

Premium video content comes with a premium price tag. Early reviews for Stan held that beyond the premium TV and movies offered, lay a pantry of B-grade video that would normally be relegated to late-night reruns on free-to-air TV.

However, one area where Stan is focussed on making a difference is Australian content.

“No Activity will be the first Stan Original show – it is absolutely hilarious,” Mr Sneesby says.

Airing later this year, No Activity is a police procedural comedy (minus the ‘procedural’), created by Trent O’Connell (New Girl, The Moodys) and starring a number of Australian comedy greats, like Patrick Brammell, Genevieve Morris and Sam Simmons.

Further down the pipeline Stan is producing the TV mini-series adaptation of the Australian movie Wolf Creek.

In time we’ll know if these big bets pay off for Stan. In the meantime, Mr Sneesby pulls no punches when it comes to what the service offers.

Transparent: A twist on the dysfunctional family tale, this dramedy has scored two Golden Globes for its raw storytelling and dark laughs.

Spartacus: The glory of battle in ancient Rome is explored in this gritty and bloody tale.

Lowdown: One of the best Australian comedies of the last few years, Lowdown is equal parts awkward comedy and hilarious pathos.

Ray Donovan: A ‘fixer’ for the elite and wealthy, Ray Donovan finds it easier to solve the problems of his clients than the troubles in his own family.

Blackfish: This tragic story of killer whales held in captivity has shaken many to their core.

Begin Again: A movie that veers away from clichés to take a fresh approach to music and the romance it can weave.

Ferris Bueller’s Day Off: “Life moves pretty fast. If you don’t stop and look around once in a while, you could miss it.”

The Wolf of Wall Street: Martin Scorsese explores the world of Wall Street excess in a film that should have scored Leonardo DiCaprio an Oscar.

Sharknado: If for no other reason than to be aware of pop culture, watch this film for a dose of cinematic morphine.

Matildas will be keen to forget 7-0 drubbing by Spain
Upcoming stats will reveal where and how hard rates are hitting economy
Victorian MPs pocket a tidy 2.75 per cent pay raise
Reserve Bank review isn’t a ‘get the governor’ exercise: Jim Chalmers
‘Violence for weeks’ feared after landmark US abortion ruling
Aussie Hannah Green within striking distance of Women’s PGA Championship lead
Lena Headey speaks out about THAT GoT scene
Today's Stories