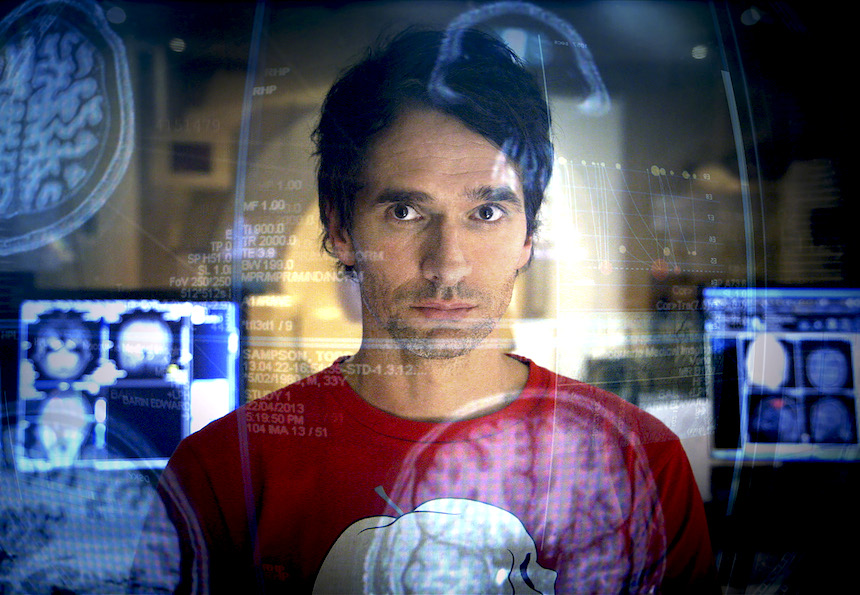 Todd Sampson is a busy guy. The Canadian-born chief executive of advertising firm Leo Burnett Australia has two kids, a successful television career and a passion for adventure (he has climbed Mount Everest).

Oh, and he’s been getting up at 5.30am for the past four months to walk across a tightrope one foot off the ground in his backyard.

Don’t worry, this bizarre morning ritual is all in the name of good television. Sampson’s hit ABC series Redesign My Brain returns for a second season on May 28 and this time the stakes are even higher. Quite literally.

In the first season, Sampson ended up in chains underwater, forced to use his newfound intelligence to escape Houdini-style.

This season, he will be forced to walk across a high-wire between two buildings, 22 storeys above the ground in Sydney.

First question: were his wife and two young daughters terrified for him?

“I didn’t tell them all the details, but they knew about it,” Sampson tells The New Daily.

“But when the wire first went up [my daughter] Coco walked all the way across it with no training. I couldn’t even make it across.”

Sampson admits to feeling incredibly daunted by the task, revealing he didn’t see the real height of the wire until the morning of the challenge.

To prepare for the big walk, Sampson underwent intense physical and brain training while travelling through the United States to meet with experts and thrill seekers alike.

While the results of the terrifying high-wire walk are under wraps, Sampson admits his already impressive intelligence has been boosted.

“It’s made my attention sharper, my attention control is much better, my memory is definitely better,” the 45-year-old says, adding that his main aim was to conquer his fear.

“I’ve had a weird relationship with height all my life so I learned to rock climb.

“There’s lots of things that I fear but half of it is understanding it.”

While Sampson wouldn’t say whether the show had strengthened his performance in meetings for his role as board member for both Fairfax and Qantas, he passed on some practical tips for other people looking to boost their brains.

As for overcoming your fears, Sampson says the first step is understanding them.

“The amygdala, which is the emergency response structure in the brain, is preprogrammed. You are born with an innate fear of falling, darkness and loud noises,” Sampson says.

“I tested it on Jet, my youngest, when she was a baby. I let her head go and she had a fear response.”

Sampson emphasises that being “fearless” is an impossible goal. Rather, you should aim to manage and understand your fear and learn to suppress innate responses.

“The bottom line is that for years we were told the brains we are born with are the brains we have. Now the new science says that’s not true,” Sampson says.

“In fact, you actually have the ability to improve your brain from cradle to grave.”

What are you waiting for? Go buy that tightrope and start walking.

Todd Sampson tells you how to boost your brain