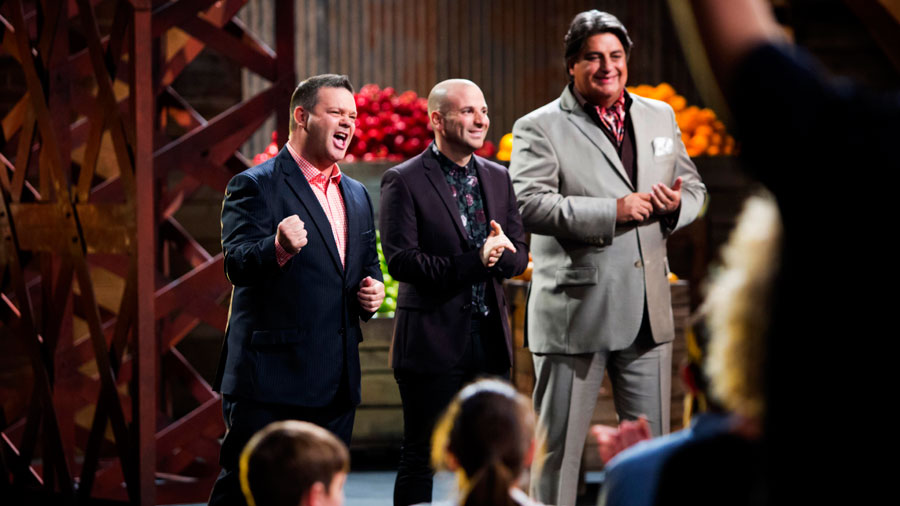 Two years ago, MasterChef was dead. Now it may just be the saviour of Australian reality television.

It seems the 24 amateur chefs we were introduced to in the premiere of season seven may be the only people capable of rescuing free-to-air TV.

If you thought you heard a distant cry of “What the ****?!” at approximately eight o’clock on Wednesday morning on your way to work, you may have been within earshot of one of Australia’s television network executives.

• One month in, why Netflix Australia is a letdown
• Changing channels: why FTA TV is dying

While you pondered if you slightly misheard what they said, they were hoping they had just slightly misread last night’s ratings.

Because on Tuesday night commercial television turned upside down as Ten won the night and MasterChef reclaimed a crown it had accidentally baked into a croque en bouche somewhere back in 2013, claiming the title of No.1 reality show in the country.

Australia chose to watch the amateur cooks take up their aprons over the bizarre double act of renovation on Seven and Nine.

In a year where The Block saw a ratings meltdown only partially recovered by last Wednesday’s final, watched by two million people across the five capitals, both networks were keen to distinguish how different their two mid-year renovation shows were from that renovation show.

Australia didn’t buy a word of it.

The new series of MasterChef debuted to an audience of 1.2 million viewers across the capitals, which not only saw it top the list for the night but also buck the trend of 2015.

While every other reality show has shed some of its audience, Ten’s aged cooking champ suddenly found its mojo again.

Last year the show debuted to a mere 873,000 viewers; the year before 1.1 million. That was back when reality was still the hottest thing in town.

It’s a huge result for Ten and for MasterChef, which barely topped the one million mark across the series last year.

Meanwhile, the mood at Seven will be grim as House Rules debuted in third out of the reality shows, with the audience of 791,000 less than the debut number for last year (1.2 million) and the first season in 2013 when it pulled 803,000.

This is particularly disappointing given the intense cross-promotion of the show throughout the My Kitchen Rules finale on Monday which was watched by two million people.

If Seven are upset, Nine are the most likely to be setting fire to their desks, as Reno Rumble‘s debut audience of 873,000 was less than The Block‘s opening this year and sees them with their second successive expensive show start under the all-important one-million-viewer mark.

A sliver of hope for Nine will come in the good debut number for Love Child later in the night which grabbed 920,000 viewers.

It’s early days, but MasterChef has the ingredients and the history to build from here, while the squabbling renovation siblings would appear to be a recipe for disaster.

Ratings for Tuesday May 5

Can MasterChef save reality television?