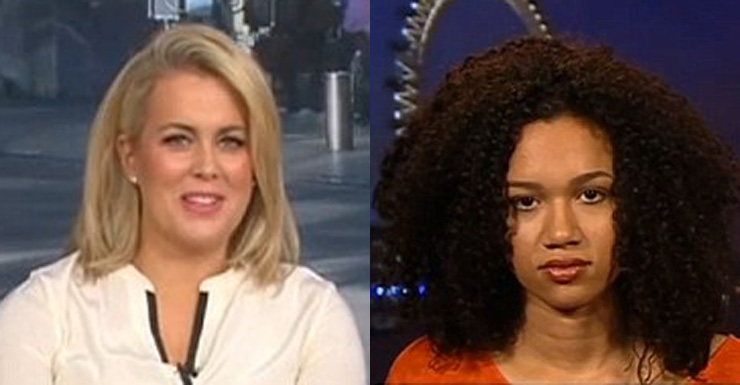 Australian TV presenter Samantha Armytage has apologised for a comment perceived by thousands of viewers as racist.

Last month, the Sunrise breakfast show host seemed to congratulate a female twin for inheriting white skin when her brown-skinned sister did not.

Lucy and Maria Aylmer, born to a half Jamaican mother and white father, made worldwide headlines because of how their physical appearances differed.

“Good on her” was Armytage’s comment when describing Lucy’s skin tone, which seemed to visibly disturb her co-host David Koch.

“Maria has taken after her half Jamaican mum with dark skin and brown eyes and curly dark hair, but Lucy got her dad’s fair skin, good on her, along with straight red hair and blue eyes,” was her full introduction.

On Tuesday, Armytage said she was “mortified” that her words had been interpreted as racist.

“I would be mortified if anyone thought I would say or think anything racist,” she said in a statement.

“It’s not in my nature. To anyone who I might have offended, I’m sorry.”

The apology came a month after the interview aired as a result of an online petition signed by 3,228 people.

Petition author Jay Firth, a Melbourne artist who previously described the comments as “extremely offensive and very racist”, has accepted the host’s contrition.

“We all make blunders and sometimes things we say can sometimes cause offence to others whether intended or not,” the artist told Daily Mail Australia.

“If we slip up, we fess up. Thanks to Sam for her apology.”

The twins themselves said they were never offended.

“We believe she did not mean this as a racial comment and we have taken no personal offence to it.

“We do not think it was necessary for her to apologize and I apologize to her for any distress it may have caused.

“We know what Samantha meant and that’s all that matters to us so we would appreciate it if people would stop making this our problem.”