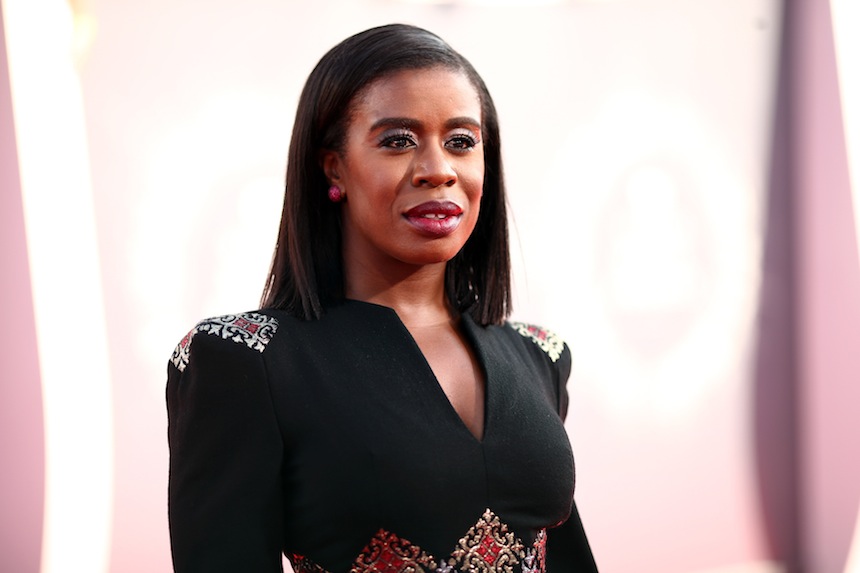 A Netflix launch event has a certain Tupperware party feel to it – admittedly this is the sexiest, most electronic Tupperware ever and unlike the people pushing the plastic tubs, these guys want to get viral.

• Netflix hits Australia: everything you need to know
• What you should watch on Netflix Australia

It’s intense though, more so than a normal press tour, which is a phrase that very seldom gets the word ‘normal’ put anywhere near it.

You sit in a room awaiting the stars of these shows – some we have seen, some are as yet as tangible as a unicorn – and then the people who come to talk to you are so voraciously enthusiastic about not just their show but the platform upon which it sits that you can’t tell if they’re true believers, amateur cultists or if their family is being held at gun point in the next room.

Click through: everything you need to know about Netflix >>>

Regardless, the enthusiasm for Netflix is very, very contagious and the various stars brought in from literally all around the globe seem very, very sincere in their admiration for it.

But then again, they are actors.

We decided to see just how real the stars of these Netflix original series were in their love for all things television. “An unexpected Brooklynite arrives in prison and the fascinating characters she meets along the way.”

“My audition was pretty traditional – you come in and read. The casting director had come and seen a play I’d done and brought me in through that.

“A lot of us hadn’t – well I certainly hadn’t – done any TV or movies. They were willing to take a chance on so many of us. I am forever grateful for that.”

“Easy. Thursday night, The Cosby Show, on my parents’ bed with all my brothers and sisters.” “It’s Marvel street-level stories – while the big guys are out there fighting Gods and aliens, we’re down in the streets stopping gangsters, mobsters and everyday evil.”

What’s your favourite thing to watch on Netflix (aside from your own show)?

“I have a lot, but I keep coming back to Cheers. Oh, and The Dick Van Dyke Show – it still holds up.”

“I auditioned and something interesting is that they’re very conscious about making sure nothing gets out so the lines I auditioned with were written for the audition, they weren’t the actual scripts!

“I came in and did this thing and I kind of knew what it was for. I just knew Netflix was involved and that in itself was very exciting.”

“This is going to reveal my nerdy side but Mystery Science Theater 3000 was a big family get-together. Now I own every single episode.”

Yael Stone – Lorna Morello in Orange Is the New Black “I was reading the first scene when we meet Lorna and she’s talking about a wedding dress.

“I’d already been in once for a different character and I was really nervous. I’d come from working as a waitress that whole day and came over on the subway.

“I walked in ready to happen because it was such a bold choice character-wise. Coming in and being like “G’day how are ya?!” was not going to be an easy tradition.”

“As a family we used to watch Sea Quest and eat pancakes!”

Jennette McCurdy – Wiley on Between “Lost meets Lord of the Flies.”

What’s your favourite thing to watch on Netflix (aside from your own show)?

“The first show I binge-watched on Netflix was Lost, then The West Wing, New Girl and The Mindy Project. And a lot of documentaries.”

Tell us about Between.

“It’s about a small town put into quarantine after a disease outbreak and the only people left alive are under 21 years old.

“I play Wiley, a cynical, rebellious girl who was raised religious, her father is a minister and she’s pregnant so she’s facing a lot of judgement.

“I could relate to that because, like Wiley, I was raised really religious so I was questioning some things to do with that.”

“I was at Disney World on a ride and I got a call from my manager that Netflix wanted to meet with me. I couldn’t believe it because Netflix is such an admirable, sexy brand. I flew home straight away.

“I haven’t gone back to Disney World. I need to. My pass expired so I need a new one.”

“My family is really dysfunctional so we didn’t watch anything together. We hated each other … Kidding!

“I loved The Cosby Show, Gilligan’s Island, Cheers … I was raised by the television.” “It’s a wonderful way to entertain people and the same time school them about a culture no one knows about.”

“I heard about it and decided to send a tape because I really felt I could be a good guy for it. It was my first audition for the English market. I called a director friend of mine and we sat in his room.

“I did a good audition and nothing happened for two months. Then they called back and said ‘You have to meet us’. When? Tomorrow. Where? Malaysia. F**k.

“I met them but I couldn’t speak English. I could order a meal but had a really strong Italian accent. So I got an English coach and studied eight hours a day … and that was it.”

“Actually, I was never hooked on TV shows. But I started again with Lost and this new wave of television productions. TV shows now are like movies!”

Click through: everything you need to know about Netflix >>>

Netflix Australia: stars spill their secrets to us