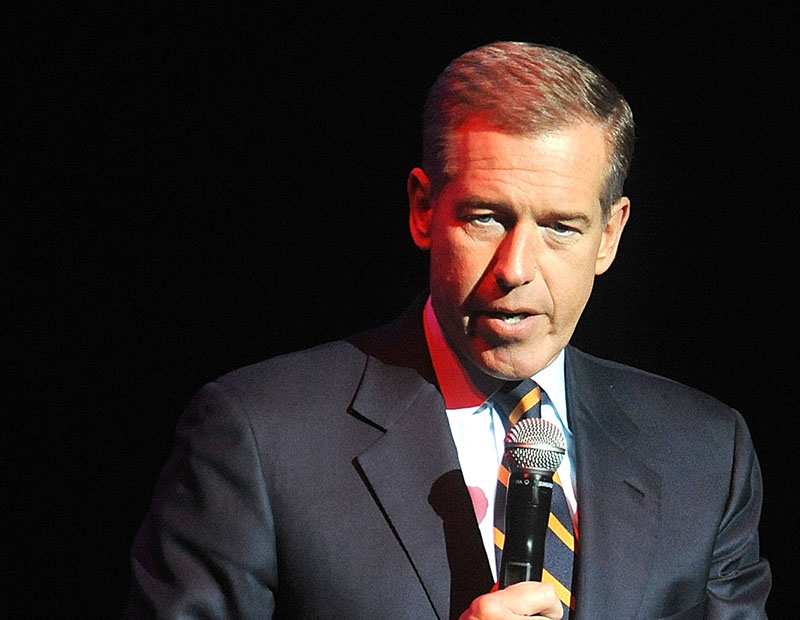 US television anchor Brian Williams says he is taking himself off the air for “several days” as he faces an internal investigation for embellishing an Iraq war story.

Williams, 55, who reportedly earns $US10 million ($A12.82 million) a year and is watched by an estimated audience of nine million each night, admitted earlier this week that a story he often repeated on air about coming under fire was not true.

“In the midst of a career spent covering and consuming news, it has become painfully apparent to me that I am presently too much a part of the news, due to my actions,” Williams said in a note posted on NBC’s website.

“As managing editor of NBC Nightly News, I have decided to take myself off of my daily broadcast for the next several days, and Lester Holt has kindly agreed to sit in for me to allow us to adequately deal with this issue,” he added.

“Upon my return, I will continue my career-long effort to be worthy of the trust of those who place their trust in us.”

On Friday, NBC launched an internal investigation about Williams’s claims that he came under fire in a helicopter in 2003, amid criticism from troops who were present at the time.

His on-air apology on Wednesday further fanned the flames, with critics refusing to accept Williams simply made an honest mistake.

He is now facing further scrutiny about his coverage of Hurricane Katrina.

A hugely respected journalist in the United States, Williams has anchored NBC Nightly News since 2004.

In December, he renewed his contract with NBC for five years.

Anchorman thought he was ‘kind of a big deal’