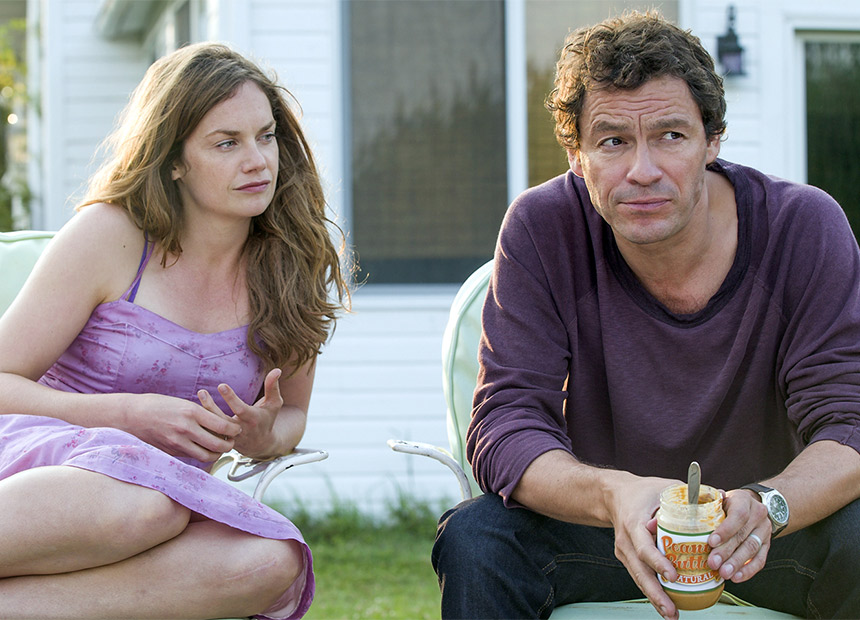 Australians have never had so much choice when it comes to international television and 2015 is set to be a game changer.

The highly anticipated arrival of Netflix Australia on March 31 will be matched by the launch of local streaming services Stan, from Fairfax and Nine’s StreamCo., and Presto, a Foxtel and Seven West Media joint venture, in the coming weeks.

· Amazon to produce, acquire original movies
· Who will take part in ‘I’m A Celebrity’ Australia
· Teams for ‘My Kitchen Rules’ 2015 revealed

With every service available for around $9.99, the fight for the customer’s dollar has never been fiercer in Australian media.

But with increased competition comes an increase in top-notch viewing choices.

Here’s our pick for 12 of the most anticipated new international TV shows in 2015.

When: From Tuesday, February 10, 2015
Where: Foxtel’s Showcase channel

Winner of Golden Globes for Best TV Drama Series and Best Actress in a TV Drama Series, The Affair follows Noah, a New York school teacher (The Wire’s Dominic West), who begins a summer affair with Alison, a diner waitress (Luther’s Ruth Wilson), that could have devastating consequences for both of their marriages. The Affair retells the story from the differing perspectives of Noah and Alison, each providing wildly different interpretations of the same events as they seek to paint themselves as heroic and sympathetic. The Affair is a blistering new drama about marriage, infidelity and self-deception.

Upcoming new comedy series from married comedians Steve Carell and Nancy Carell, Angie Tribeca stars former US Office star Rashida Jones as Angie, a 10-year veteran of the LAPD’s elite RHCD (Really Heinous Crimes Unit). Each week will see her getting used to working with her new partner Jay Geils (Hayes MacArthur), as well as using her unorthodox methods to solving crimes in and around Los Angeles. A parody of TV cop procedurals in the manner of The Naked Gun, Angie Tribeca marks the Carells’ (both successful actors and comics in their own right) first foray into TV development, we await with anticipation.

From Breaking Bad creator Vince Gilligan comes spin-off series Better Call Saul. Saul Goodman (Bob Odenkirk) was a regular member of the Breaking Bad cast as a slimy, ambulance-chasing lawyer whose clients were predominantly on the wrong side of the law. The new series will be set six years before the events of Breaking Bad, though parts of the original series will be explored on the show. Gilligan said he liked “the idea of a lawyer shown in which the main lawyer will do anything it takes to stay out of a court of law” including settling on the courthouse steps.

When: March/April, 2015
Where: Netflix Australia

From the creators of Damages comes Bloodline, the new prestige drama from Netflix in 2015, which is set to launch in Australia on the final day of March. Starring Kyle Chandler (Wolf of Wall Street) and Australia’s Ben Mendelsohn (Animal Kingdom, The Dark Knight Rises) Bloodline is a dark, psychological thriller and family saga set amongst the Florida Keys. When the black sheep of the respectable Rayburn family returns to the fold as an adult, threatening to reveal dark family secrets, old wounds are reopened among adult siblings whose loyalties are put to the test.

Starring Jack Black and Tim Robbins, HBO’s new comedy The Brink comes from the creator of Austin Powers. In the spirit of Dr Strangelove, The Brink is a wild satire set in the world of international diplomacy and global affairs. A crisis in the Middle East forces the US Secretary of State (Robbins), a Navy pilot and a low-ranking foreign services officer (Black) to come together to prevent the world from descending into World War III. The Brink assembles a Grade A comedy line-up to skewer the world of geo-politics.

A new drama that unflinchingly depicts the cutthroat world of professional ballet. Flesh and Bone follows Claire (Sarah Hay), a young dancer who is accepted into a prestigious ballet company in New York where she is seduced and immersed in her glamorous and dysfunctional new world. With the pilot directed by Australia’s own David Michod (Animal Kingdom), Flesh and Bone promises to be a gripping ride.

When: Mid-February
Where: ABC

A British crime drama starring Stanley Tucci and The Killing’s Sofie Grabol, Fortitude is set in the Arctic town of the same name. The wealthy, small town, which is surrounded by immense natural beauty, is rocked by the brutal murder of a British research scientist, forcing the arrival of an out-of-place British detective (Stanley Tucci) who comes to investigate the heinous crime. In the spirit of Scandinavian crime dramas, Fortitude is a wintry police procedural that carries surreal echoes of Twin Peaks and Lost, and features an impressive line-up of actors from both sides of the Atlantic.

Show Me A Hero

When: TBA
Where: Probably Foxtel

Six-part HBO mini series. In 1980s New York, a court orders the city of Yonkers to desegregate all it’s housing, escalating racial disharmony, social upheaval and leading to the political downfall of the local mayor. Created by The Wire maestro David Simon and featuring an all-star cast, including Oscar Isaac, Catherine Keener, Winona Ryder and James Belushi, Show Me a Hero promises to be a compelling and uncompromising view of American politics and urban decay.

When: April, 2015
Where: Netflix Australia

Coming in 2015 is The Unbreakable Kelly Schmidt, a new series created by Tina Fey – her first since the juggernaut success of 30 Rock. The series stars Ellie Kemper (The Office, Bridesmaids) as a woman who has escaped a doomsday cult to start a new life in New York City. The offbeat premise will spark a strange clash of cultures as Kelly must try and navigate her strange new reality in NYC. Premiering on Netflix, The Unbreakable Kelly Schmidt has secured a two-season run.

Director David Fincher (Seven, Social Network) and novelist Gillian Flynn, fresh off their collaboration with Gone Girl, are reteaming to direct and write every episode of Utopia. Based on the BBC series of the same name, Utopia centres on a group of die-hard comic book fans who get in way in over their heads searching for the unexpected sequel to their favourite comic. Once the gang gets their hands on a manuscript they are unwittingly drawn into an elaborate government conspiracy.

From JJ Abrams (director of the upcoming Star Wars Episode VII) and Jonathan Nolan (director of The Dark Knight and Interstellar) comes this adaptation of Michael Crichton’s 1973 sci-fi thriller Westworld, which is HBO’s blue chip premiere of 2015. Westworld is a dark odyssey about a futuristic amusement park for adults populated by artificial intelligence that rebel against their creators. With an all-star cast that includes Anthony Hopkins, James Marsden, Miranda Otto and Ed Harris, Westworld is one of hottest TV projects in existence right now.

When: TBA
Where: BBC First Australia

A lavish BBC adaptation of Hillary Mantel’s Booker Prize-winning novels, Wolf Hall is a gritty historical drama that chronicles the rise of Sir Thomas Cromwell in the Royal Court of King Henry VIII and stars Homeland’s Damian Lewis as the greedy ruler. The series covers the political intrigue surrounding King Henry’s failure to produce an heir and the upheaval following his divorce from Catherine of Aragorn that would offset England’s decisive break with the Roman Catholic Church. Already labelled “masterful”, expectations are high for Wolf Hall to be a literary, intelligent version of Game of Thrones.