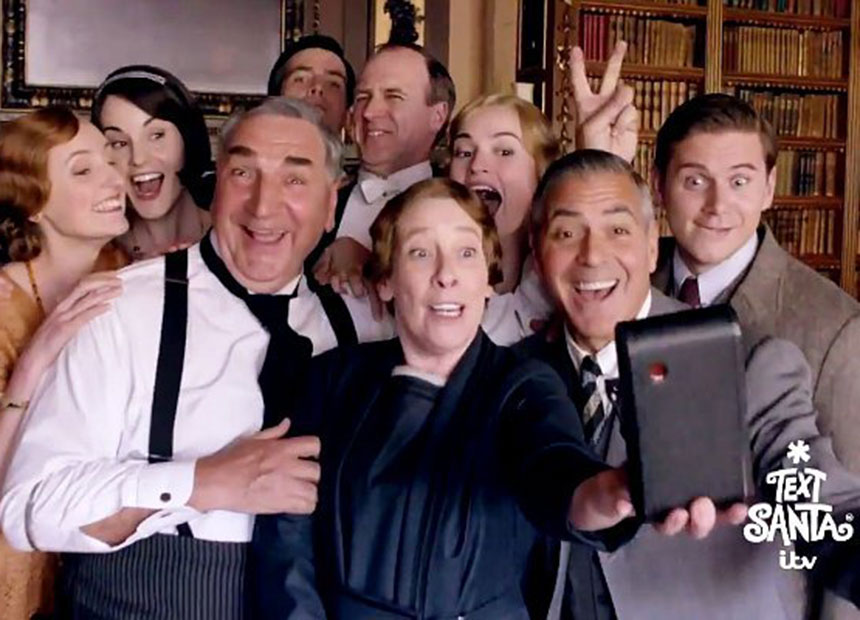 What would Downton Abbey be like if Lord Robert Crawley wasn’t around? A lot more fun, if this hilarious parody episode is anything to go by.

The cast of the British period series has created the ultimate send-up of the notoriously drama-ridden Crawley family to raise money for charity.

With the help of Lumley as a Christmas Carol-style guardian angel, the audience is given a hilarious insight into what the ladies of Downton Abbey would be like if Lord Crawley wasn’t such a scrooge.

Lady Crawley (akak Maggie Smith) as a ski-jump champion? Why not.