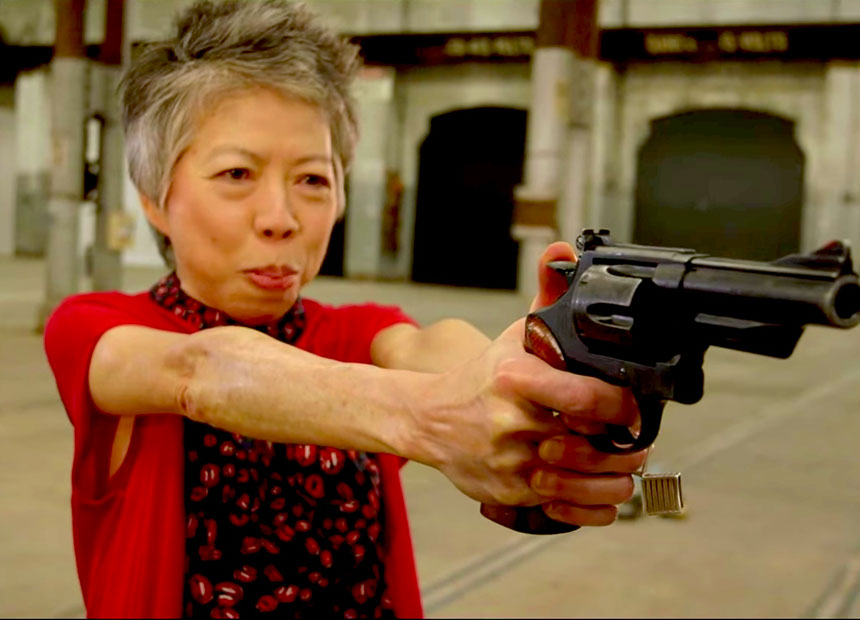 Lee Lin Chin, who presents several segments on SBS’s The Feed, appears to be one of the few media figures who truly tells it like it is.

That, or she has a background in standup comedy.

• Jane Caro: Where are all the older women on Australian television?

As she said herself in an episode of The Feed, “when people hear the name Lee Lin Chin, three things naturally spring to mind: journalistic excellence, flawless fashion sense and incredible comic timing”.

The Indonesia-born Chin has spent 12 years charming SBS audiences with her offbeat fashion choices and journalistic skills, but this year saw her move in an entirely different direction.

On The Feed, we see her dabble in gossip, cooking and prank videos, allowing her to show off her searing sense of humour.

The longtime newsreader spent the majority of 2014 dishing out pearls of wisdom across various mediums including her Twitter account, which boasts 11,000 followers, and her popular YouTube videos.

Here are some of the things she taught us…

1. Being a ‘media personality’ is not a thing

If your job title is “media personality” you don’t have a job.

2. ‘Performance spaces’ are not a thing either

If you name your venue a “performance space” be prepared to declare bankruptcy within a year.

3. Cats are the enemy

Cats are not nice and you shouldn’t pander to them. — Lee Lin Chin (@LeeLinChinSBS) November 16, 2014

4. If you’re on television, you can get anything you want

As a single woman people ask me if I ever get lonely. Sometimes I do, but thankfully I’m on TV so I can pretty much pick up any man I want. — Lee Lin Chin (@LeeLinChinSBS) November 9, 2014 Swearing is unacceptable in this day and age. If you must swear use the all purpose word “naff”. It is the only acceptable curse. — Lee Lin Chin (@LeeLinChinSBS) June 4, 2014

7. Honesty is important in any friendship

Hey @Sandra_Sully you tweet too much. You need to leave the plebs wanting more. 10. Finally, self confidence is the key to any successful career

Less than an hour till I show that poser Maggie Beer how it’s done on @TheFeedSBS2. — Lee Lin Chin (@LeeLinChinSBS) June 30, 2014

The 10 things Lee Lin Chin taught us this year