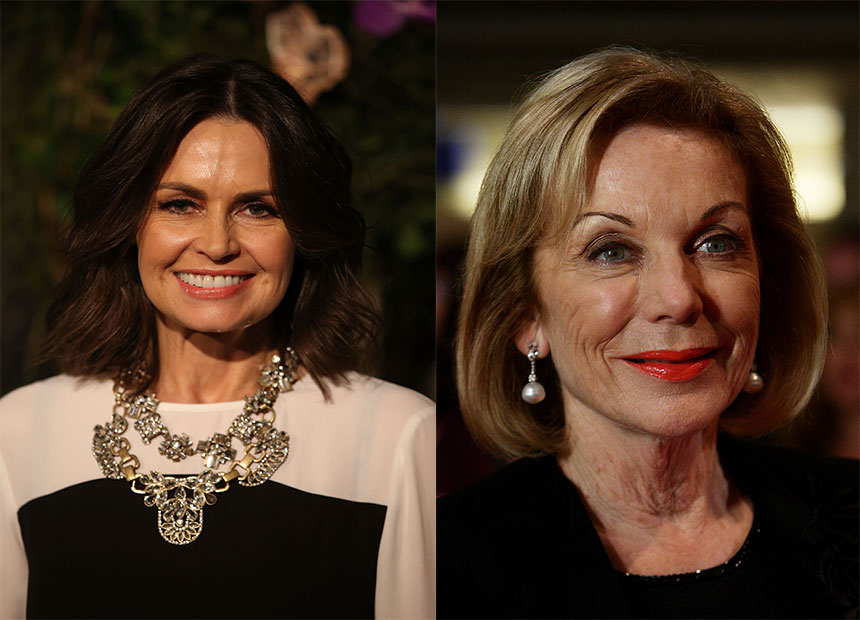 On the night of the Walkley Awards, journalism’s night of nights, ABC newsreader Juanita Phillips sent the following wistful tweet:

Just an observation. We honour the old men of our industry, as they deserve. But where are the old women? #walkleys

Her observation is a good one. There are lots of old blokes still on our TV screens and on radio – and more power to them.

They have much to offer as masters of their craft with decades of hard-won experience to draw on.

Granted some have disappeared as the squeeze has been applied to the media – Quentin Dempster and Mike Carlton come to mind – but they weren’t shafted because they were considered too old or ugly.

Often, in media as it is in the corporate world, older men lose their jobs because they have become too expensive. In the case of Dempster and Carlton, however, I suspect it is because – in this nervous-nelly era – they were too controversial.

But where are the older women? There are a few. Caroline Jones, Jennifer Byrne, Geraldine Doogue, Ita Buttrose, Tracey Grimshaw, Sandra Sully, Ann Sanders and Lisa Wilkinson still grace our screens and airwaves (and no, I am not going to apologise for calling them old; that just reinforces the stigma that still surrounds the perfectly natural process of ageing in women).

They are all over 50, enough said.

Notice something else about the older women we still watch and listen to? They are all very attractive. Elegant and well-groomed, they are – to a woman – a testament to growing old gracefully.

But that’s the problem. The only consistent merit we are prepared to grant women is external – their looks and how they present themselves physically.

Their appearance remains their currency. Indeed, Wilkinson used this as the theme for her Andrew Olle lecture in 2013, giving example after example of how the feedback to women in the media is almost exclusively about their appearance.

Her on-air partner Karl Stefanovic emphasised this bias when he wore the same suit on air for a year and no one noticed.

How a woman looks is assumed to denote her worth, yet it is considered irrelevant for a man.

‘Letting yourself go’ is one of the worst crimes a woman can be accused of.

And it seems that simply to age is – in itself – a form of letting yourself go, a dereliction of duty.

Women are expected to fight this (losing) battle with ageing with every weapon in their arsenal – to the point of having surgery!

No matter how many times a woman succeeds we still find it hard to really trust that it wasn’t a fluke.

The only merit in women we can be sure about is how they look and so that is how we judge them.

Where are all the old women?

Still struggling, after a lifetime rich with achievement and occasional failure (just like their male counterparts), to persuade the powers that be and us, the viewing public, that they have merit.

But we can’t see it because – simply by getting old – they have let themselves go. And then they’re let go.

Where are the older women on Australian TV?