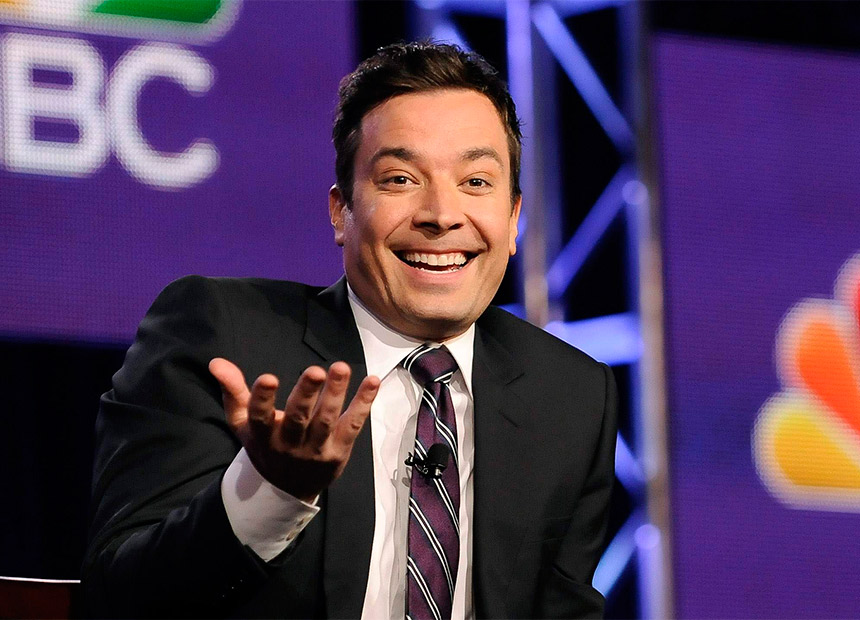 While the ratings show Australians were obsessed with reality cooking and renovation shows and sport, there was some excellent drama and comedy on our screens in 2014.

The New Daily has trawled the TV for the past 12 months to give you our list of the best TV shows of the year.

Whether you were a Block or MKR fan, or fell in love with Josh Thomas’ quirky brand of comedy, the list below is sure to get people talking.

The spin-off from the 2011 legal drama Crownies was a tense, and at times brilliant, legal/political thriller. Marta Dusseldorp proved, once again, her serious acting chops as King, the Crown prosecutor who, despite being hounded by faceless men who are out to get her and her family, never loses her moral cool. Chilling stuff, with great performances from Vince Colosimo and Damian Walshe-Howling.

A multi-layered and complex thriller, The Code had outstanding performances from Ashley Zuckerman, Dan Spielman, Lucy Lawless and Adele Perovic. Zuckerman’s turn as Jesse Banks, a hacker with Aspergers who ends up being tortured by the Government for cracking one of their websites, was particularly affecting. Set in both outback NSW and inner-city Canberra, The Code was another hit for the ABC in 2014, getting rave reviews.

The psychological thriller, created as a sequel to the 1976 film of the same name, The Devil’s Playground told the story of Tom Allen (Simon Burke), a recently widowed psychiatrist who becomes caught up in political and theological intrigue. Also starring Toni Collette and Don Hany, The Devil’s Playground starred down the Catholic Church’s history of sex abuse and was universally acclaimed as the local show of the year.

The first instalment of Mad Men’s final two-part season had a change of pace, as the formerly very messed up Don Draper started to redeem himself. Even if you didn’t care for the psychedelic, and at times ridiculous, storyline, the fashion, architecture, set designs and cinematography made this show one of the best looking programs to ever grace a television set.

The second series of the American political drama saw Kevin Spacey’s Machiavellian master, Frank Underwood, claw his way to the highest seat of power in American politics. The show received a whopping 13 Emmy nominations, as well as a Golden Globe for Robin Wright’s performance as Claire Underwood. The Netflix Original series has set a high bar for TV.

The show that officially made Australia the biggest internet pirates in the world, you couldn’t go anywhere in the country when Game of Thrones season four was on air without hearing it discussed. With action, violence, nudity and plot twists, there hasn’t been a show with so much buzz in recent memory, but it also had the intellect to get people thinking about the bigger picture. Bring on season five.

When he wasn’t playing Rupert Murdoch in the latest Kerry Packer drama, Patrick Brammall was the face of so much good comedy this year, from The Moodys to Offspring he’s been keeping us laughing all year, but our favourite was his return as Danny Bright the passenger on wife Bess Denyar’s journey from upper class snobbery to true Aussie bogan identification. Possibly the only thing funnier is Robyn Nevin as posh Margaret. Or is it Glenn Robbins as bogan Dad Wayne? Who knows, it’s all great.

The second season of Peter Hellier’s simple rom-com concept series built on the foundations of the first to deliver a laughter filled mansion in which every room is a different design. The revolving cast allows for some amazing actors in roles they could and would otherwise never take up. Susie Porter attending a swingers party with Rhys Darby was a definite favourite.

As well as being nominated for an International Emmy, Josh Thomas made it to the pages of Time magazine in an article titled The How an American Network Saved One of TV’s Best Twentysomethings. The article, and several others like it, brought Thomas international fame, and highlighted the fact that Australians were largely ignoring one of their brightest stars. Thomas’ charming and often heart-warming series broke new ground for the way gay characters and mental illness have been portrayed on television.

The only person who could possibly translate Armando Iannucci’s British political comedy The Thick of It for America was Iannuci himself. Now four seasons in, VEEP has stepped out of the shadow of its incredible forebear to stand alone as a brilliant, dark satirical comedy that gives Julia Louis-Dreyfus and her ensemble all the room they need to flex their outstanding comedic muscles. With a rare 100 per cent approval rating on critical aggregator Rotten Tomatoes, there’s no question this is the cream of television comedy.

The frank and revealing comedy from Lena Dunham finished its third season this year and was nominated for two Emmys and Golden Globes apiece. While Dunham might not be everyone’s cup to tea, she is hugely influential to teens and twenty-something women and she is not going anywhere. HBO, US TV’s dream factory, knows a good thing when it sees it.

1. Orange is the New Black

Another of the most pirated show on Australian TV in 2014, Orange Is the New Black continues to break every stereotype for female-centric TV. Season two saw Piper Chapman on her own in prison, still coming to terms with life on the inside and her disintegrating relationship with her fiance (Jason Biggs). While Schilling is the star of this ensemble comedy, the supporting performances, particularly form Uzo Aduba, who plays Suzanne “Crazy Eyes” Warren, and Poussey Washington (Samira Wiley), are exquisite.

Frankly this shouldn’t have worked. How do you possibly do Fargo even half as well as the Coen brothers, let alone better? The answer was this series. The double Emmy winning crime drama nailed its casting with Martin Freeman as an unlikely Minnesotan, Billy Bob Thornton as a brilliantly bad assassin, and Allison Tolman and Colin Hanks as the most unlikely pair of crime fighters. Who knows how they can deliver a second series, but then this creative team are used to delivering on the impossible creative challenges.

Wow. Simply: WOW. The deep south delivered aplenty with this time-shifting ‘whodunit’. The perfect counter-punch to Matthew McConaughey’s Oscar-winning Dallas Buyer’s Club performance, he was magnetic as the bizarre Detective Rust Cohle. Woody Harrelson amazing as partner Detective Marty Hart. Creatively, this show seemed to take one look at the noir dramas coming out of Scandinavia for the last five years, shrug its shoulders and mutter “I can do better”. And it did. From the Australian-made title sequence to its insane bunker-based finale, the Louisiana Bayou was a world we wanted to spend more time in whilst never actually visiting.

The Real Housewives of Melbourne lived up to its hype when it launched on Foxtel’s Arena channel in 2014. The highfalutin bitching and cat-fighting between the chi-chi cast members was often hilarious, while at the same time truly horrifying. The show also left us wondering if people like that really lived in Melbourne and not Sydney. Season two kicks off in 2015.

Who could forget ‘The Captain‘ from 2014’s My Kitchen Rules season. 2014 saw MKR take it to its main rival MasterChef, topping the ratings with its winning mix of clashing personalities and amateur cooks and their kitchens.

Blockheads tuned in by their millions every night for the 7 o’Block hour. The second season in 2014, The Glasshouse, was the show’s most controversial yet when favourites Deanne and Darren Jolly and Michael and Carlene Duffy failed to make any cash because of inflated reserves. The Block ticks every box for Australian reality fans: drama, tension, tears and real estate – and this year even saw a wedding.

They come. They sit. They drink. And Graham Norton roasts them so gently they never see it coming. Celebrities on talk shows are usually so sterile and rehearsed that it hurts. Not here. Sure no one got as drunk as Mark Wahlberg this year, but Graham Norton still brought all the best out of them.

The show you don’t need to watch because all the best bits get shared online – and nearly all of the show ends up qualifying as the best bits. From lip-synch battles, through to insane drinking games and the now iconic duet performances with Justin Timberlake (and dance battles with Brad Pitt), it’s terrific.

From the moment John Oliver decided to set his crosshairs on Australia and in particular our Prime Minister with one of his first segments, we were either going to love or hate this show. When he was as hysterically funny and incisively witty as that segment proved to be, it could only ever be love. From the Commonwealth Games to Scottish Independence, through a regular kicking of New Zealand, Oliver proved there can never be too much brilliant comedic satire on our screen.

It is so great when TV makers remember that sport can be fun, and that you don’t need to be good at playing it to be good at talking about it. The Working Dog boys take on the world of soccer is a refreshing comedic look at sport free of the usual boofhead Footy Show style humour that too often confuses casual xenophobia with quick wittedness.

Mark Robinson and Gerard Whateley look deep into the AFL’s biggest issues with a respectively emotional and pragmatic approach that is always gripping viewing.

This year one of Australia’s best sports journalists ever, Les Murray, retired from our screens (for the most part) following the World Cup. He has been the face of the beautiful game in Australia for so long it is impossible to imagine coverage without him. Thoughtful, passionate and incredibly original, he goes out on top.

The documentary uncovered in brutal detail the failings and pitfalls of the Manus Island Detention Centre, in particular during riots in February 2014.

Brazil: In The Shadow Of The Stadiums

We were sold the story that the World Cup was the best thing to happen to Brazil in a long time, but this documentary peeled back the façade to reveal the social issues that tournament organisers desperately didn’t want any of us to see.

It wasn’t one show, it was an entire week dedicated to television about and challenging the Australian view of mental illness. It gave us Changing Minds, the brilliant series exploring Australia’s busiest Mental Health Unit. It gave us a great episode of Q&A, one without the usual politicians trotting out the usual guff. And it gave us Eddie Perfect’s brilliant Friday Night Crack Up variety show. It was simply brilliant television.