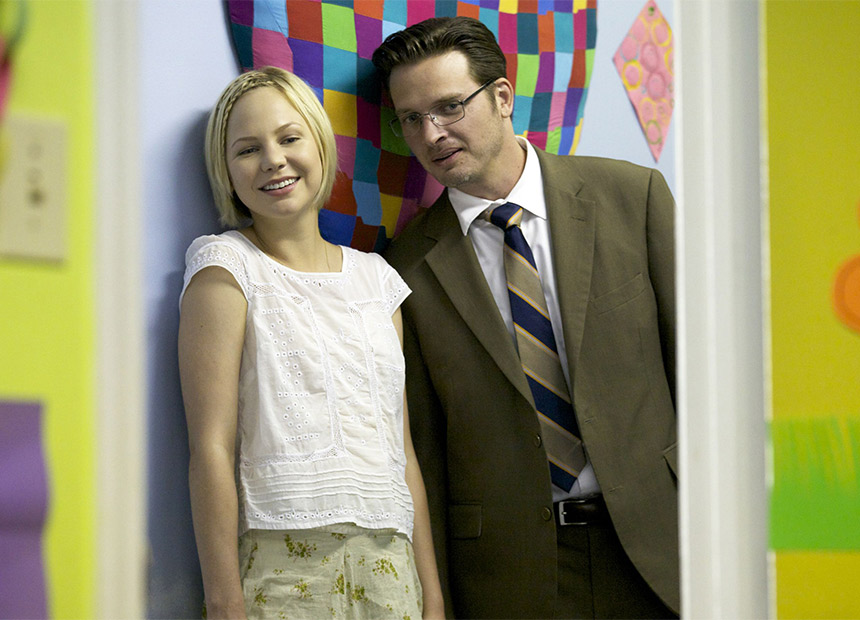 As the sun climbs higher into the sky each day and shadows grow longer on the ground, summer is not just a great time to get outside and enjoy the good weather, but also gives us a chance to relax with some great TV once our day outdoors is done.

While series like Fargo, True Detective, Girls, Breaking Bad, The Newsroom and Game of Thrones may have recently taken the world by storm, there’s a whole world of high-quality programs that may have dwelled in the shadows of other program’s marketing budgets.

For those after a night of awesome TV, here are our favourite shows to settle in with. Each show is at least one series in, so there’s plenty to get your teeth into.

A long, deep look into the abyss of modern technology, this TV series is more slow-burn macabre drama than science fiction. Created by Charlie Brooker (Charlie Brooker’s Weekly Wipe) and with a cast of well-known British actors, each hour-long episode delves into a future where technology is either slowly eroding humanity’s core or outright obliterating it. Consider it a crystal ball you may not wish to gaze into. The show’s Christmas special White Christmas, starring Mad Men’s Jon Hamm, is available to stream from the UK’s Channel 4. If you have your geoblocking gear sorted you just might be able to watch it.

It’s about time the buddy cop trope had a decent renaissance. Andy Samberg (Saturday Night Live) and Andre Braugher (Law & Order: SVU) lead a cast comprised of seasoned comedians and actors through day-to-day life in Brooklyn’s 99th Precinct. With stylistic echoes of Scrubs and puns that would make M*A*S*H writers cry, Brooklyn Nine-Nine is a welcome departure from the fantasy dramas and dark comedies currently dominating the airwaves.

The personal computing boom of the 1980s may have contained more true stories stranger than any fiction. This dramatisation explores the lives of a trio of unlikely business partners (wait, it’s not that cliché) as they scare the pants off Silicon Valley with their aggressive ideas and revolutionary approach to home computing. The betrayals, the double-crosses, the ruthless audacity … think of it as Game of Thrones for geeks.

Stephen Merchant (think: The Office, Extras, Life’s Too Short) plays Stuart Pritchard, newly arrived in Los Angeles in search of his true love. Pritchard’s path to happiness is lined with ill-conceived but well-meaning advice from friends and a myriad of romantic misunderstandings. Laced with moments of pathos, this comedy veers into awkward town as often as it splits your sides.

The tale of Rectify begins with an all-too-common modern-day scenario, when Daniel Holden, played by Aden Young (I, Frankenstein, Killer Elite), is released from prison after serving 19 years on death row. New evidence sees Holden returned to his old community, polarising family, friends and law enforcement. With Breaking Bad producers behind the scenes, you can bet this series is a bleak ride through a land of ethical and moral ambiguity.

From the mind of Mike Judge (Office Space, Idiocracy) comes this tongue-in-cheek stab at the world of tech start-ups and world-dominating software companies. Laced with pathos and just enough awkward humour to keep you watching through your fingers, Silicon Valley takes an irreverent path to prove that being inept needn’t be a hurdle to a burgeoning computing career.

This comedy-drama from New Zealand centres on a family of Norse gods who ignite a conflict between deities in the small rural town of Norsewood (where else?), in New Zealand’s North Island. With the surrounding humans drawn unwittingly into the fray, it’s up to the gods to protect those they love while preventing all-out war. It’s a quirky dose of fantasy-comedy that your friends will thank you for recommending.

Set during the cold war, two Soviet KGB agents are sent to America to live quiet lives as a happily married couple until ‘woken’ by their government to perform covert missions. Created by former CIA officer Joe Weisberg, The Americans is a touch of classic spy drama that avoids cliché and exaggeration to dwell on the personal side of living a double life.

James Spader. That’s really all you need to know to watch this mystery drama. If you insist on knowing more, The Blacklist begins with the FBI’s most wanted criminal Raymond ‘Red’ Reddington (Spader) surrendering himself to authorities and offering all manner of information on various crimes and criminals at large. Settle in for a roller coaster ride of red herrings (sorry), red-handed apprehension (not sorry) and red-faced FBI officers.

Set in Northern Ireland, Gillian Anderson (The X-Files, Hannibal) leads this thriller as Detective Superintendent Stella Gibson, investigating a series of chilling murders across Belfast. With a number of awards under its belt, The Fall is an intense psychological drama that draws you in without resorting to CSI-style charades and begs for a spot of weekend binge watching – there’s only five episodes in season one and six in season two.

The sleeper hits you should be watching