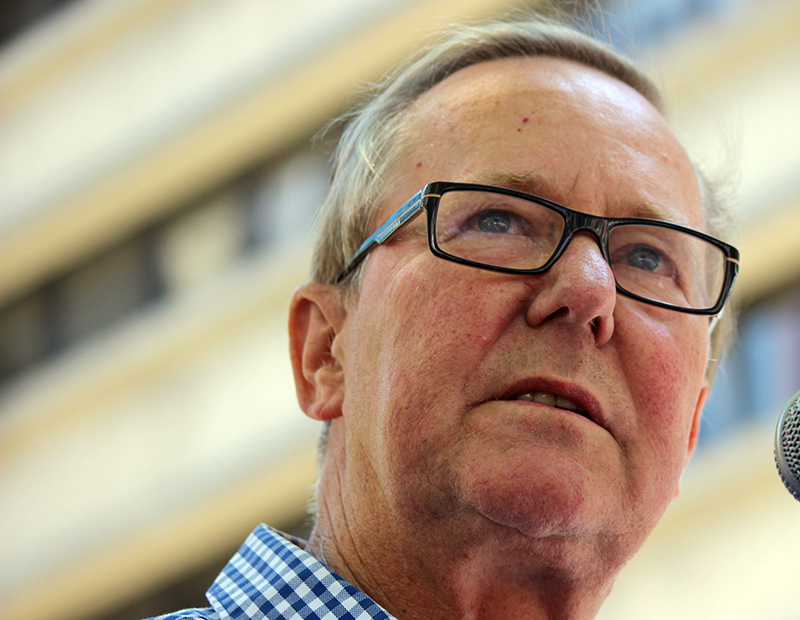 Veteran journalist Quentin Dempster has announced his departure from the ABC following the axing of the 7.30 NSW program.

The 63-year-old thanked viewers of Friday night’s program and said the show would go out “with a bang” next week.

The program is being axed under ABC cuts.

“Thank you for your support, story ideas and constructive criticism over all this time,” he said.

“Quentin is much loved and highly respected by audiences and colleagues alike,” she said.

“He has shaped the ABC, on and off screen, over more than three decades.”

Ms Torney told Fairfax Media she informed Dempster on Monday he would have no future position with the ABC.

The “sacking” as described by the journalist, had been difficult to stomach.

“This is a very emotional time for me,” he told Fairfax Media.

“I will be among 300 staff retrenched in the first round of the ABC’s cuts.

“This has been a brutal and bruising process for all affected people.”

Dempster, who joined the ABC 30 years ago, said he has been comforting staff during this time.