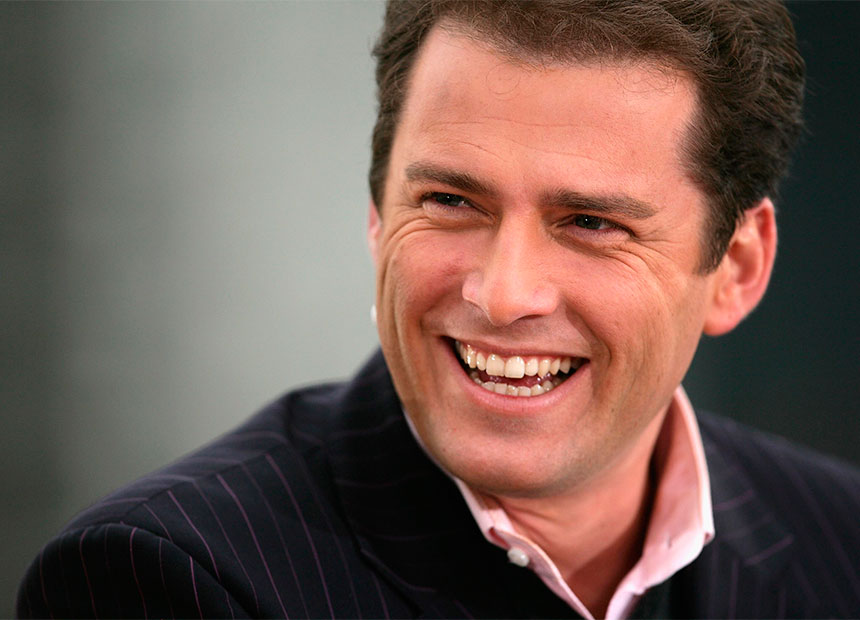 In an industry where controversy, or relevance, or age eventually catches up with everyone, Karl Stefanovic has found a formula for enduring popularity.

The Today show host has been larking it up on Australian screens since 2005, but each year his profile and appeal only seems to grow.

A gold Logie win in 2011 has been followed by several groundbreaking social statements, one cookbook and a series of viral videos.

Despite his close friendships with more contentious media figures Alan Jones and James Packer, Stefanovic treads the line between controversy and likeability with ease.

So what exactly makes Stefanovic a more compelling presence than some of his television counterparts?

His longtime co-host, Lisa Wilkinson, Today’s news presenter Sylvia Jeffreys and the show’s sports reporter Tim Gilbert spoke to The New Daily about what it’s like to work with Stefanovic.

“One of the great things about Karl is that he’s a serious journalist, who doesn’t take himself too seriously. I think Australia really responds to that,” Wilkinson says.

Jeffreys, who is in a relationship Stefanovic’s brother Peter, says Karl “is wildly unpredictable and unashamedly childish”.

“But he keeps it real, and that’s what makes him ‘special’.”

Gilbert concurs that Stefanovic is the perfect colleague.

“The thing I love about Karl is he is generous,” Gilbert says. “In live TV you have to help each other and that’s exactly what he does. He even laughs at my Dad jokes.”

The 40-year-old has also managed to maintain a firm hold on his reported $600,000-a-year gig in an industry defined by transience.

We break down his appeal.

1. He knows how to have a good laugh

It’s hard to keep track of the number of times Stefanovic has lost his cool on air – and Australia loves him for it. Whether he’s giggling over some unintentional sexual innuendo from his co-hosts or sharing banter with an awkward guest, Stefanovic never loses his sense of fun.

Guests on the show aren’t immune to the host’s charm either.

When tough guy Arnold Schwarzenegger appeared on the show in 2013, he good-naturedly let Stefanovic do some questionable impersonations of him.

Another particularly memorable moment? When Stefanovic and former sports presenter Ben Fordham had to walk off set due to a laughing fit, abandoning Lisa Wilkinson and former Today newsreader Georgie Gardner live on air.

2. He’s not afraid to speak up

When Stefanovic noticed unfair criticism being heaped on Wilkinson for her appearance, he decided to take a stand.

He recently revealed he had been wearing the same blue suit for a year without a single audience member noticing.

It was Stefanovic’s own entertaining way of exposing the very real issue of discrimination against women in the entertainment industry.

“I’ve worn the same suit for a year to make a point. I’m judged on my interviews, my appalling sense of humour, on how I do my job basically,” Stefanovic argued.

“Women, they wear the wrong colour and they get pulled up.”

He then auctioned the designer suit online, raising $6500 for the White Ribbon campaign against domestic violence.

Needless to say, he earned global attention and admiration for the stunt.

Similarly, Stefanovic also recently hit out at the lack of indigenous people on Australian television in an interview with NITV News.

“For too long, I believe white people have been trying to solve the problems of Indigenous Australians and they have no idea how to do it,” Stefanovic said.

Despite the goofy act, Stefanovic got where he is today thanks to an undeniable skill for storytelling backed by some serious brains.

Prior to his gig on Today, he was a Nine Network US correspondent, covering many high profile stories, including David Hicks’ time at Guantanamo Bay, in his 14 months overseas.

Stefanovic has long said his dream is being a foreign correspondent and has expressed interest in a permanent role on 60 Minutes, for which he often features as a guest reporter.

He also has extensive disaster reporting – he was key to the Nine Network’s coverage of the Queensland floods, Christchurch earthquake and Japanese tsunami.

The busy news man balances his intense job with a focus on his young family.

His three children – Jackson, 14, Ava, 9, and River, 7 – often accompany him to events and Stefanovic has previously revealed that a tattoo on his upper arm is a tribute to his kids.

He’s also been married for 15 years to his first ever girlfriend, Cassandra Thorburn.

“There’s no question that Cass is a crucial ingredient in Karl’s success,” Ben Fordham told The Sydney Morning Herald of his friend and colleague.

“I think she’s ambitious for him … because she wants the best for Karl and she knows how talented he is … I’d probably go as far as saying that Karl gets all of his great ideas from Cass and he doesn’t hide that at all.”

“You have been a dear friend to me over the years. We’ve been through a lot, through thick hair and thin hair,” Stefanovic said through tears.

“You’re going to be the best dad, you’ve got the best wife and I’m looking forward to making a lot more memories with you down the track.”

Despite his journalistic instinct, Stefanovic’s compassion often prevents him from asking the hard questions.

“Viewers don’t need to see her crying; it doesn’t add anything to the story knowing that she’s shattered,” he told The Sydney Morning Herald at the time.

When his employer, the Nine Network, chose to broadcast a young contestant crying in an episode of The Voice Kids, Stefanovic slammed the broadcaster saying: “We didn’t need to see that”.

He attributes his sensitivity to his mother.

“Mum was always a very sensitive soul,” Stefanovic told the SMH. “She always said, ‘Make sure, just because you’re a bloke you don’t hide that’.”

Who could forget that memorable moment after the 2009 Logie Awards when a visibly inebriated Stefanovic rambled his way through a morning broadcast?

Discussing the incident later, Stefanovic was surprisingly candid about his drinking habits.

“It wasn’t any different to any other year — we all get smashed at the Logies and go to work the next day; we’d done it for years and years. But this was the first Logies when stuff really started working on the internet,” he said.

However, the father of three admitted his only concern is his children seeing the video.

“Imagine being a kid and Googling ‘Karl Stefanovic’ and finding out what I did at the Logies,” he said to the Herald Sun.

“There’s no example there. I cannot ever tell my kids to do something because they’ll be saying to me, ‘Dad, Logies 2009. What happened there, big fella?’ Bloody internet.”

The laid-back foodie – who claims to cook for his family three times a week – released a cookbook earlier this year with an entire section devoted to hangover food.

The book, rather than being a preachy, healthy, complicated collection of recipes, was steeped in Stefanovic.

“I am a truly wonderful cook – a master of ancient and modern cuisine who has studied under the great chefs since I was a wee child growing up in the south of France,” he wrote.

“P.S. I was lying about the French upbringing. I don’t really like the French but Marion Cotillard is hot.”

Is this Australian television’s best bloke?