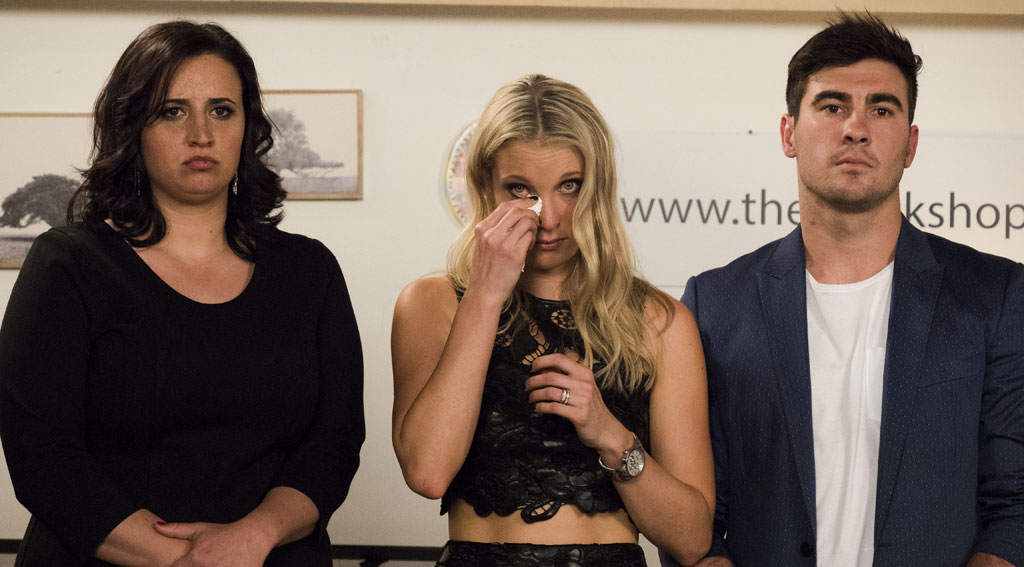 Contestants on the hit reality renovating show The Block Glasshouse are reportedly furious at the Nine Network after a disastrous auction finale left them in tears.

After taking five months off work to engage in the show full time, the competing couples were left feeling shortchanged when their apartments sold for little over the reserve price.

• ‘The Block’ newlyweds reveal debt problems
• Bottom falls out of ‘The Block’ as brothers win
• Property of the week: inside The Block Glasshouse

Winning only $10,000 for five months work, Melbourne contestant Deanne Jolly reportedly threatened to ransack her apartment to make her money back.

According to the Mail Online, Jolly told her fellow contents, “I’m going to take the f*****g Bromley’s [artworks]. It’s a bad tale all round”.

Newlyweds Maxine Stokes and Karstan Smith were left shellshocked when their popular apartment sold for just $40,000 over its reserve price.

The young couple have been public about their struggles with debt and appeared bitter at the Nine Network for its failure to set realistic prices.

“Me crying will probably get you all another Gold Logie,” Stokes reportedly joked to producers.

“I want a three-course meal – and I’m putting it on The Block‘s bill,” she added.

“I don’t know what to say,” Craft said after the auction.

Winning brothers Shannon and Simon Vos said they were struggling to enjoy their victory in the face of their fellow contestants’ disappointment.

“As much as we are stoked, we are absolutely gutted for our mates,” Shannon Vos said.