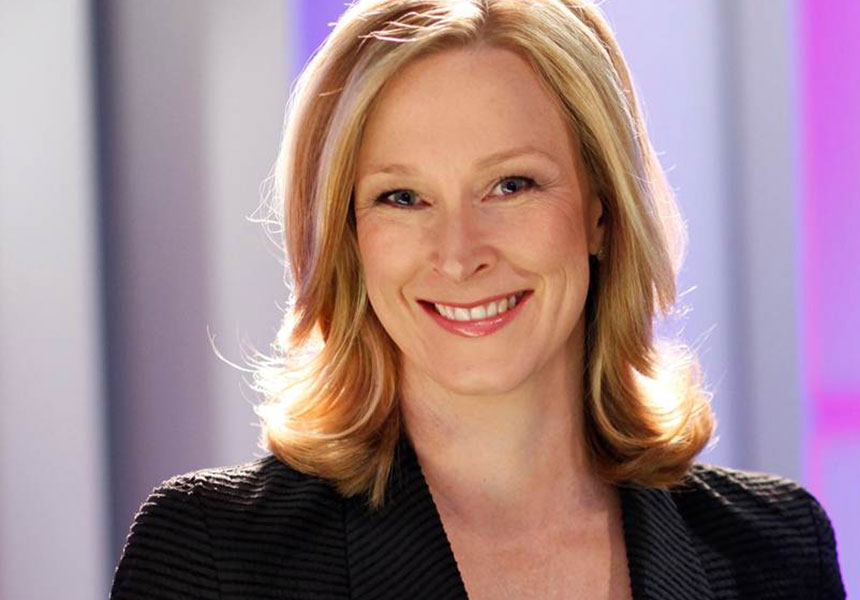 They say the most dangerous thing you can do for your career is take a holiday. Well, just try going on maternity leave.

Yes, I know we now call it parental leave, but at the moment that remains largely lip-service. The people who overwhelmingly access parental leave are female people.

· What do you have to sacrifice for success?
· High risk, high reward for new mothers and fathers over 45

No doubt part of the reason men are not rushing to take time off when they become parents is that they are only too aware of the very real career penalties attached.

We are still deeply uneasy about mothers who are also ambitious about their careers and determined to use their skills, talents and experience outside the home.

Maybe that was part of the nastiness that greeted Leigh Sales return to her job presenting 7.30 after taking time off to have a baby – as she is entitled to do.

When she returned last week, and while she was on maternity leave, Sales was subjected to commentary about how her replacement had outshone the incumbent host, and how this could make her return to work harder.

Perhaps many people still feel that a woman cannot be successful at both mothering and a career.

Oddly, however, the woman who replaced Sales while she was on parental leave was the equally talented Sarah Ferguson – who is also a mother and, no doubt, just as devoted to her children. Ferguson did a terrific job at the helm of 7.30.

Both women are talented, intelligent and incisive interviewers, both are an asset to their employer and to the vigour of the Australian media as a whole.

Yet, with Sales’ return, we have seen another example of how we love to pit two women against each other. It’s as if two smart women is one too many and we are all now expected to take sides and barrack for our favourite.

Women are often compelled to compete against one another for the still remarkably narrow opportunities available to them.

When I was appearing on The Gruen Transfer, for example, I was almost always on the panel with three men and the male host – Wil Anderson.

The women regulars generally rotated with one another – from memory, in six seasons, I only appeared with another woman panelist twice.

Women often compete against each other for the designated ‘chick’s spot’ on the TV screen, in the boardroom, on the panel, as speakers at conferences, and in the ranks of senior management.

It was a similar story at the Seven Network when Samantha Armytage replaced long-time Sunrise host Melissa Doyle in July 2013, all anyone could talk about was who was better, how much they loved/loathed one another and who came out on top.

The door to plum positions has been opened, but only a crack and so only a few of us can squeeze through.

I am often told there are fewer women because experienced women are so hard to find, but if you only give a few of us a chance at any one time, that’s a rather neat way to make sure that’s how things will stay, isn’t it?

One woman in any group is seen as representing all women. It isn’t acceptable to have no women anymore, but one is sufficient to tick the chick box.

Only men are as yet seen as individuals representing only themselves, women remain just women.

Yet, despite our limited opportunities, the idea that women fight each other boots and all for their place in the sun is a myth.

The female regulars on Gruen were unfailingly supportive of one another and I bet Ferguson and Sales are completely bewildered by the idea that there is any rivalry between them. I imagine they admire one another.

Indeed, we have to be on one another’s side, such is the excess scrutiny women in the public eye endure – often about irrelevancies like our hair-styles, weight, clothes, the pitch of our voices or size of our ear-lobes.

Some of the criticism women in the media must put up with is incredibly cruel.

It is almost as if commentators forget that people on the telly (and this goes for both men and women, although the criticism of women tends to be more personal) are real people with feelings.

Indeed, one female TV presenter told me that she usually doesn’t respond to such feedback but that on the few occasions she has the reaction has been apologetic and shame-faced, along the lines of ‘OMG, I’m so sorry, I didn’t really think …”

And that’s another thing to remember before you lay into Sales – or even talk about her returning to work in anything but a professionally respectful way – she’s just had a baby; it’s a huge, life-altering event in any woman’s life.

It is physically, mentally and emotionally draining.

It ought to be a relief returning to the sane, reasonable and adult world of work.

What does not help, what crushes the energy out of women of talent is to be constantly compared to one another – considered the winner one day only to be found wanting the next.

Jane Caro is a social commentator, writer and lecturer. She has appeared on Q&A and The Gruen Transfer.