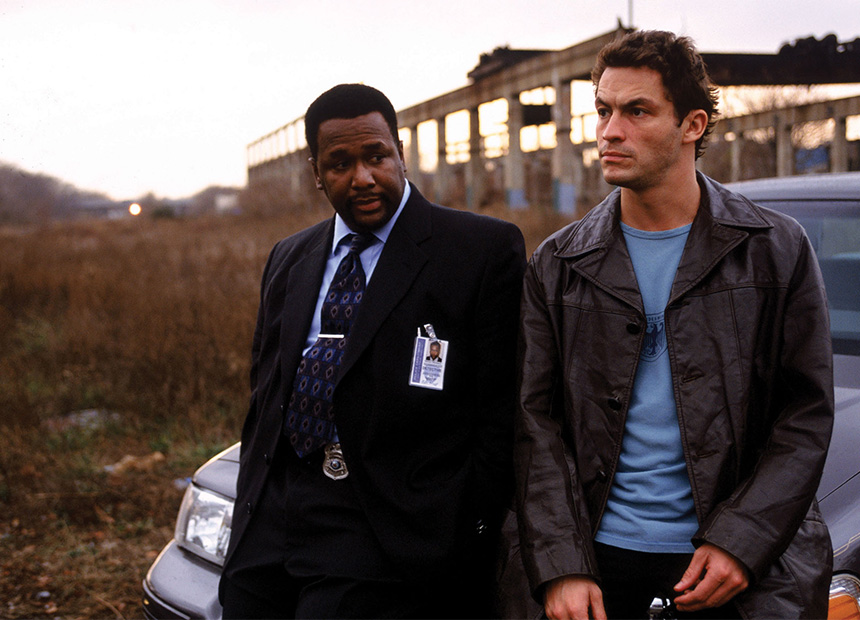 Tomorrow will see the 66th Primetime Emmy Awards beam out across the world, celebrating the greatest accomplishments in film and television over the past year.

Despite the fanfare, it has been long argued that award shows do not reward true merit and, instead, they merely give meaningless buzz and spectacle to the Hollywood publicity machine.

We put this theory to the test by examining the shows that won numerous awards and then look at the incredible shows that were never honoured.

The five shows that should never have won

Not necessarily a bad show, but very formulaic: Marie passive aggressively dismisses Deborah’s cooking, Robert is jealous of Raymond, Frank is a slob, Raymond is a schlep – all of which seems preposterously old fashioned considering the bold, experimental programming it kept beating out for awards: Arrested Development, Curb Your Enthusiasm, Sex and the City. And how on earth did Ray Romano ever win an award for acting?

Again, not a terrible program for what it is: but what it is is hackneyed genre television that doesn’t deserve to be showered in awards. I mean, every episode contrives to sap maximum suspense from an hour of television with a cliffhanger at the end – hardly groundbreaking stuff (not to mention the show’s controversial rightwing politics). In an era when American television has entered into a golden age, one that has truly explored the possibilities of TV as an artistic medium (The Soprano’s, The Wire, Deadwood, True Detective)  is 24 the kind of program that should be cleaning up at awards shows?

Insanely successful series from Hollywood super producer Chuck Lorre, The Big Bang Theory is a cookie cutter, laugh track, old-style sitcom that churns through paper thin caricatures of nerds and dweebs who sass each other with their lame jokes. The show is ridiculously antiquated and stale when compared to the audacious comedies out there at the moment: namely, Louie, Nathan for You and the excellent Parks and Recreation.

Third Rock From the Sun (NBC)

Featuring a very young Joseph Gordon Levitt and acclaimed actor John Lithgow, this sitcom centred on a group of aliens sent to Earth, disguised as a normal family, to observe the behaviour of human beings and report back to their mother planet. At it’s height this shows featured a cavalcade of cameos  (John Cleese, Elvis Costello) and was showered in awards.  In retrospect, the series has not aged well and seems, well, ridiculous (I mean, French Stewart?).

A pie maker, with the ability to bring dead people back to life with his touch, joins forces with his alive-again girlfriend, a waitress and a cynical private detective to solve murder mysteries out of his pie restaurant. Enough said.

And the five shows that were ignored …

Hailed by many as the “greatest television series of all time”, over 60 episodes The Wire was a sociological exploration of the drug trade in Baltimore as seen from every layer of society: cops, drug organisations, drug addicts, politicians, teachers, newspapers and even longshoreman.  The creators of The Wire stated their aim was to deliver a “visual novel”, one that rewarded viewers for paying close attention to the narrative action; they did so and simultaneously created a colossal patchwork of richly drawn characters. Perhaps more than any other artistic endeavour, The Wire was able to draw mainstream attention to the heart breaking consequences of America’s ‘War on Drugs’.

The BBC serial drama written by Denis Potter was for many years considered the best television series of all time. The ambitious series focused on Phillip E Marlowe, a mystery writer bedridden with psoriasis, who falls into a fantasy world involving his own Raymond Chandler-esque novel about a detective who sings at a dance hall and then simultaneously experiences flashbacks into his own childhood in war-time London. The three worlds of Marlowe – the hospital, the noir and the flashbacks – often merged and interacted with one another.  The series was viewed so admiringly that it was featured in TIME magazine’s TIME 100 for the best 100 movies ever made, even though it was a TV show.

Written and Directed by Polish maestro Krzysztof Kieslowski, The Decalogue consisted of 10 one hour films inspired by the Ten Commandments. Each one of the films focused on one of the commandments, sometimes directly, sometimes obliquely as manifested in a moral and ethical issues faced by characters living in modern Poland. At the time of its debut, the series was hailed as the greatest achievement in the history of television, gaining admirers in no less a figure than the great US film director Stanley Kubrick. Decalogue V (titled A Short Film About Killing) was so controversial upon its release that it precipitated a heated national debate that would lead to the end of the death penalty in Poland.

A forgotten prison drama that ran for six seasons on HBO, Oz chronicled the inmates and prison guards of the fictional Oswald State Penitentiary – dramatising the inmates’s strugglefor survival.  Oz also focused on the broader social goal of prison as a form of rehabilitation, as rival prison gangs vied for ascendancy and authorities struggled to control the inmates and curb violence.  The series won a cult following for its hyper realistic representation of prison life and in particular its unflinching depiction of violence and sex. Oz was HBO’s first original series and set the template for the company’s no holds barred programming that would achieve mainstream success with The Soprano’s.

Freaks and Geeks was the brainchild of mega-producer Judd Apatow and was his first solo effort after having served as a writer on The Larry Sanders Show. The series followed a brother and sister in Detroit in the early 1980’s and their separate groups of friends (nerds and burnouts respectively). This series wallowed in obscurity for two seasons before later gaining a cult status through its wit, poignancy and precise attention to detail in recreating its period setting. The cast features an astounding number of future stars of the Apatow stable: James Franco, Seth Rogen & Jason Segel.  All of whom would go on to bigger (although not necessarily better) things.