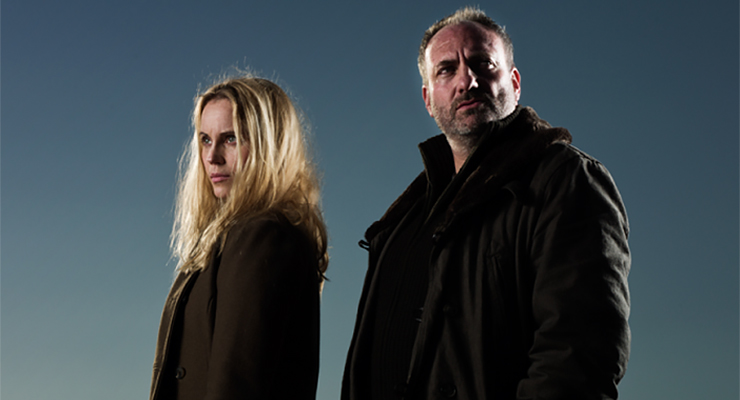 If we presently live in a golden age of television, then it would seem we are coasting through it in a golden Viking ship.

While HBO, AMC and other American cable networks all beam like the proud parents of the age, occasionally acknowledging the BBC like some distant grandparent, many of their offspring have a distinctly blonde-haired, blue-eyed Nordic look that should prompt difficult questions for the Danish milkman.

Over the last decade a series of exceptional Nordic dramas – dubbed Nordic-noir or Scandi-noir – have first ridden the coat tails before standing on the shoulders of Stieg Larsson’s smash Millennium trilogy, that began with the publication of The Girl With The Dragon Tattoo novel in 2005.

• Quickflix, Netflix, Foxtel and the battle for your dollar
• Your guide to the must see movies of 2014 … so far
• Chromecast is here and it’s a revolution, on a budget

In the same year, Swedish television broadcast Wallander, based on the novels of Henning Mankell. The series was a hit, remade by the BBC two years later starring Kenneth Branagh, and in doing so arguably firing the starter’s pistol on the Golden (Nordic) Age of Television. When the BBC then successfully aired the original, they also started the golden debate: what works best, the originals or the remakes?

In 2007 Søren Sveistrup delivered the entirely original flagship for the movement, The Killing, proving that the new generation of shows didn’t need to spawn from successful novels.

Since then, shows such as Borgen (2010) and The Bridge (2011) have swept the world, and while the former still sits in remake development hell – NBC passed on the series, HBO are now said to be involved – the latter, centred around a corpse found on the Øresund Bridge between Sweden and Denmark, has spawned multiple reincarnations. We can rebuild it, we have the technology

It seems any two countries with a shared border are keen to find a severed body between them that their TV detectives can investigate in the tell-tale broody, muted, slightly aspergic fashion. First FX set the scene on a bridge between the US and Mexico, now the ABC are airing the British-French co-production with a body found in the Chunnel in The Tunnel.

• We have five copies of The Bridge (Sweden/Denmark) to give away courtesy of Madman Entertainment. Email us your name and address to win.

Both series have met with more success than the American remake of The Killing which possibly should have been retitled The Resurrection after its fourth and final was released by Netflix last Friday despite the fact it has been cancelled not once, but twice.

The American The Killing is still a failure when compared to the triumph of quality and popularity that was its source-material. Stripping out the subtitles can strip other qualities, and in this case the result was a watered-down version of the original, that seemed to assume the magic was in the rain, the long mystery and the jumper.

The key is to understand what makes these shows work. Visually they are not strikingly dissimilar to a lot of American television. If it was only about the arctic aspect, Northern Exposure would count. If it was merely a case of one unsolved murder, Desperate Housewives could make a surprise claim.

The (Danish) Killing took 20 episodes to solve one murder, but the core to its success was the detective investigating it, as much as, if not more than, the mystery itself. Sofie Gråbøl’s Sarah Lund is a strong, single woman who focuses on puzzle-solving not primping. Her famed Sirri Lund jumper wasn’t there to amuse by looking awful, it represented a choice of functionality over fashion. Along with The Bridge‘s Saga Noren and the titular Wallander these shows are redefining the TV detective.

There is also no need for redemption. These darker series aren’t about justice, they’re about obsessive problem-solving. It’s a distinction that Hollywood particularly have long found near impossible to draw.

The Ikea of television drama

We’re not just remaking the Scandinoir hits, we’re building our own.

British shows such as Sherlock, Broadchurch and The Fall all demonstrate a Viking influence. In the US the hugely successful True Detective shows a veritable Skarsgard-like level of Scandinavian heritage.

So has Australia. Here at home, Jane Campion’s Top of the Lake took us to Norse Zealand while Simon Burke acknowledges a heavy Danish touch on the upcoming Devil’s Playground series.

Scandi-noir isn’t a revolution though. It’s an evolution – if clearly a great leap forward for drama. Shows such as The Killing and The Bridge are merely reinventing the wheel spun by David Lynch in 1991 with Twin Peaks.

Equally, when the English language remakes are done well, such as The Tunnel, there is no ‘better’ version, just more good television. And Australia is fortunate that the SBS lovingly broadcasts the originals on free-to-air television to please purists.

Of course, should any eventual remake of Borgen in any way seep the magic from The Castle, all bets are off.

Those responsible will be lucky to avoid being the victims whose grisly demise are investigated in rainy Scandinavian series to come.

Could Scandinavia become a TV superpower?