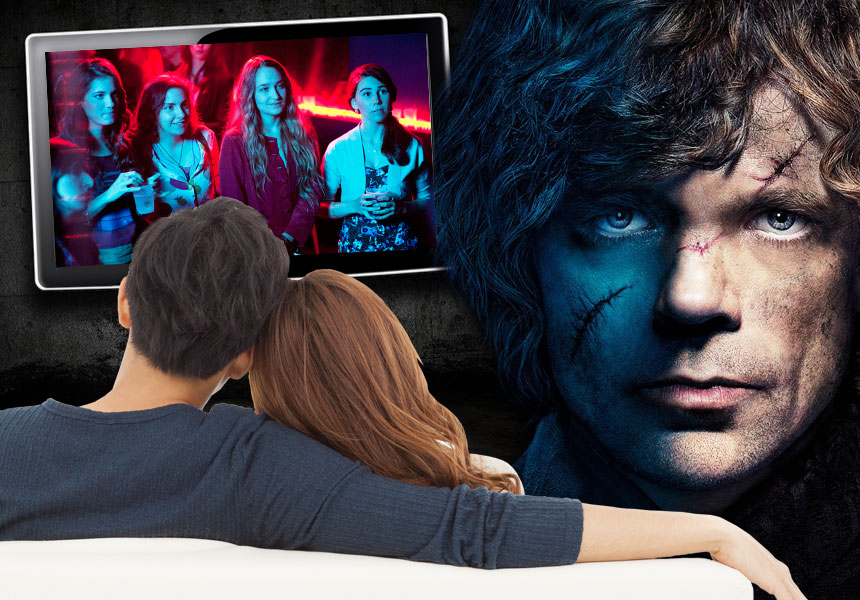 With the Christmas break already a distant memory, Australia’s TV networks are gearing up for their own equivalent of the festive period – the launch of the 2014 ratings period. From February 9, networks will begin revealing premiere dates for some of the year’s most anticipated programs – some which will be career-making hits, others doomed to join Celebrity Splash in the turkey pile. Here are the big-ticket shows the networks will be hoping fall into the former category.

The impending launch of Foxtel’s BBC First channel in August means ABC will no longer have first dibs on many of the Beeb’s finest drama and comedy series. It’s a big blow for free-to-air viewers but the network is making the most of a bad situation by spruiking its long list of locally produced content this year.

Homegrown comedy is at the forefront, with the Working Dog team to make a welcome return with Utopia, an eight-part political satire shrouded in mystery and a new Chaser project, We’ll Have To Leave It There. Chris Lilley will follow up his polarising Ja’mie: Private School Girl with a series focused on arguably his most popular character, Summer Heights High delinquent Jonah Takalua. After the relative critical failures of Angry Boys and Ja’mie, fans will be hoping Lilley reverts to the oddly touching mix of juvenile gags and sentimentality that made Jonah a hit in the first place.

The network’s biggest drama is set to be miniseries ANZAC Girls, based on Peter Rees’ book The Other ANZACs tying in with the approaching ANZAC Centenary.

Returning programs include Josh Thomas’ Please Like Me, Upper Middle Bogan and a new-look Spicks and Specks with Melbourne comedian Josh Earl at the helm.

2013 was a cracker for Seven, which dominated end-of-year ratings for a third consecutive year while reaching its highest ever share of the 16-39 demographic. But in TV land, staying at the top is just as much of a challenge as getting there in the first place.

Seven has invested heavily in two local dramas that will soon be plastered on billboards across the country. INXS: Never Tear Us Apart is a miniseries based on Michael Hutchence and co (starring Winners and Losers’ Luke Arnold as the singer) and Rebecca Gibney will produce and star in The Killing Field, a detective series about a murder in a rural Australian town.

Elsewhere, there are high hopes for documentary series Australia: The Story of Us (which utilises CGI technology to bring history to life) and “body transformation” series Bringing Sexy Back, hosted by Sam Armytage.

Returning Australian shows include The X-Factor, My Kitchen Rules, The Amazing Race Australia and House Rules, while imports include Brad Pitt-produced fantasy drama Resurrection and single-camera comedy The Goldbergs, set in the late ‘80s.

Fat Tony and Co – based on the downfall of Tony Mokbel – will feature the original Underbelly cast (including Robert Mammone, Vince Colosimo and Gyton Grantley) but won’t be branded as part of the Underbelly franchise. It’s probably a good thing, given the flagging ratings of recent series.

Reality fans will get their fix with two instalments of The Block and new series When Love Comes to Town (which sounds like a reverse The Farmer Wants a Wife), while The Voice will return alongside self-explanatory spinoff The Voice: Kids.

Nine also has the rights to Two and a Half Men creator Chuck Lorre’s new comedy Mom, and action-packed futuristic sci-fi Almost Human.

Ten is coming off a rough old year, with none of the top 20 highest rating programs of last year. But hey – given the social media meltdown surrounding Patrick’s death on Offspring, all wasn’t completely lost.

Offspring will return – this time, with Nina’s (Asher Keddie) newborn in tow – as will Puberty Blues, MasterChef Australia and The Bachelor. Ten has also lured Paula Abdul to town for a revamped So You Think You Can Dance Australia, hosted by Carrie Bickmore.

Wildly popular US series 24 will return for its first series in four years, 24: Live Another Day, to premiere in the first half of the year.

Things have already deviated from script for SBS, which was forced to pull the documentary series Once Upon A Time In Punchbowl from its schedule before Christmas over claims one of its participants was a fraud.

The drama shouldn’t overshadow other recently revealed programs including Australia’s Secret Heroes (about veterans of WW2’s Special Forces Unit) and Living With The Enemy, exploring social and cultural issues in the same vein as Go Back To Where You Came From.

There’s international fun too, including the return of Masters of Sex and the premiere of Rectify, in which Australian Aden Young plays a man who returns to his hometown after 19 years on death row.

And of course, SBS wouldn’t be SBS without soccer – and with exclusive broadcast rights to the World Cup, it’s the only place you can cheer on the Socceroos in Brazil.

Shake off the post-Breaking Bad blues with a cavalcade of award-winning international content just hours after airing abroad. Pay-TV is the only (legal) place you’ll be able to see the return of House of Cards (February), Mad Men (April) and Game of Thrones (premiere TBA). International premieres include Robin Williams in The Crazy Ones and the US adaptation of Rake, starring Greg Kinnear.

On a local level, The Real Housewives of Melbourne (Arena) will get people talking (perhaps not in a good way), Prisoner “reboot” Wentworth will return for a second series, and The Recruit will award a spot on an AFL list to an aspiring footballer.

Kathryn Kernohan is a Melbourne based journalist who writes across the arts.

2014 TV highlights: the sofa surfer’s guide to everything