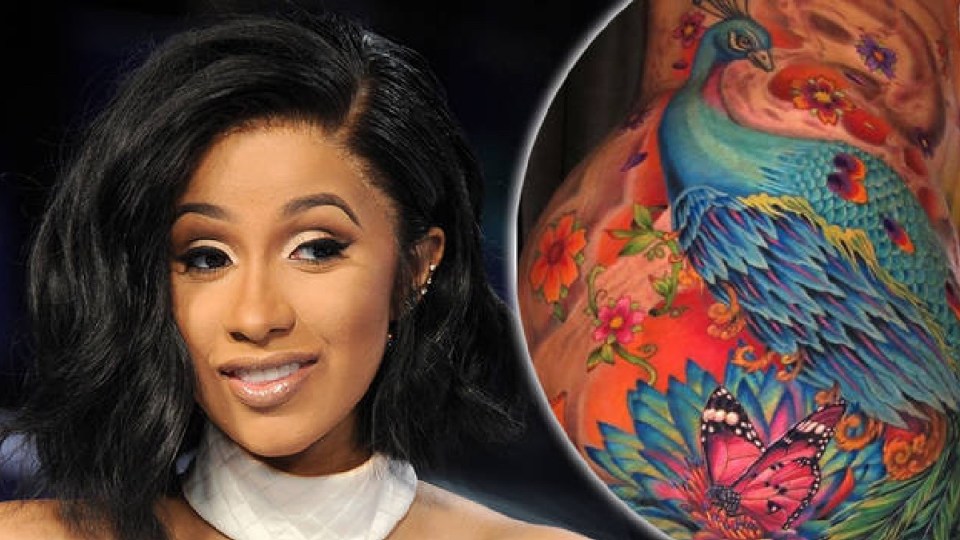 Cardi B made the news when she embellished her intricate peacock tattoo.

I realised recently, much to my surprise, that there are trends in tattoos. It seems reasonably counter-intuitive to apply a fashion trend to something that is supposed to be permanent, but there you go.

My son, Sam, came for a visit, and I noticed he has some new ink on his forearms. Unlike some of my friends I never really cared whether my kids’ got tattoos or not, and he didn’t really start until he was about 20, so it wasn’t my business to comment.

I admire the creativity of tattoo art and was particularly impressed that Sam chose the sign from the now defunct Doctor What video store for one of his first tattoos. His friend had the musical notes from the Miami Vice soundtrack tattooed on his leg, also an inspired option, both which fall into the category of ‘ignorant tattoos’.

Not as negative as it sounds, ignorant tattoos are generally naïve line drawings that mean something special to the owner, an illustrative diary of in jokes and personal preferences, rather than selecting an in-house design available at the tattoo parlour.

Sam’s twin brother Joe hasn’t had ink yet, as he is sure that with his personality type, he would regret what he had chosen 20 minutes after getting it. It is probably a wise decision because the one time he was tossing it up he had settled on a poodle in dark glasses drinking a martini and wearing a turtleneck sweater.

But Joe is right across the approvals for his brother’s tattoos. “I’m getting another one tomorrow” Sam told me. “A basketball. In turquoise blue”.

I mentioned that I quite like the look of tattoos on the hands and fingers. And the neck. I just love tattoos in general, especially indigenous and ceremonial designs such as the Maori Ta Moko and traditional Native American symbolism.

I was interested to see Sam was planning to go full Justin Bieber but he reported that he was going to stick to just his forearms.

Tattoo artists are predicting that designs are going to be bigger than ever post lockdown as people decide to throw caution to the winds and go all out.

One of the trends is enlarging and embellishing existing tattoos, like the incredibly beautiful peacock on singer Cardi B. Old school florals are still popular, but the trend now is towards more delicate sprigs of wildflowers, with petals and tiny flowers traced in fine patterns, sprinkled over the shoulders and decolletage which are very lovely.

Apparently wide chest tattoos are all the rage, especially words or phrases, like the ‘Ballo della Vita’ tattoo (The Dance of Life) on the fabulously glamorous lead singer of Italian group Maneskin, Damiano David, infinitely preferable to the dubious ‘Made in Australia’ versions I used to see at Bondi.

I’m looking forward to seeing the blue basketball, and maybe sometime in the future the beatnik poodle may make an appearance.

I don’t really mind, but my motherly advice as they head off to the tattoo parlour? Take a dictionary.

Kirstie Clements: Tattoo trends are all well and good, but please take a dictionary