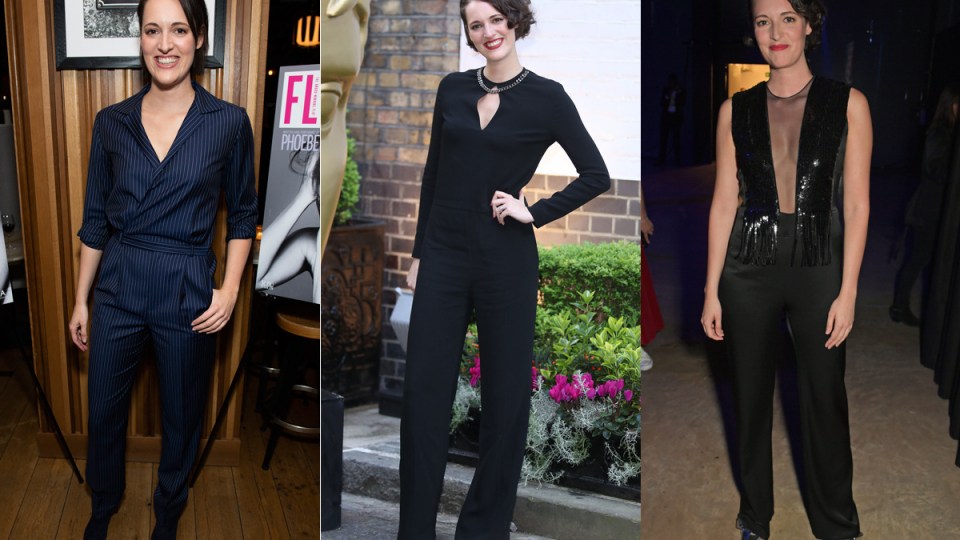 In the tradition of ‘things I never knew I wanted until I started seeing them everywhere’, I suddenly decided that I perhaps needed a jumpsuit.

I have no idea why really, but I kept noticing other women in them, looking gorgeous, most especially actress Phoebe Waller Bridge in Fleabag.

I seem to recall wearing one back in the 1970s when I was about 10. It was denim, I was a bit tubby and I wore it with clogs so I don’t feel that was a successful look overall.

But now, in my fifth decade, I thought I’d give it another go. I started searching on the Net-A-Porter website. I wanted one in black or navy with long or mid-length sleeves and there were some very beautiful options, but the prices were far too high for a gamble.

This was something I would need to try on, so I headed to David Jones, but the only version I could find was in thick cotton drill. It’s been permanently summer for me for the last few years; I broke out in a hot sweat at the very idea of it.

It would be like being trapped in a steamy space suit. Come to think of it, claustrophobia was a potential side effect.

Anyway, fashion was calling and I would stay on the lookout for one in silk crepe, or TENCEL. I went to visit my friend, who is tall and bosomy and has a waist.

“I bought a jumpsuit,” she said.

She put it on to show me. It was that thick cotton drill again, in khaki, from Seed. I thought she looked fabulous but she was returning it, as she felt she was too long in the body and it was pulling at the crotch. That is not a thing anyone wants happening.

“Can I try it on?” I asked. I am also tall and bosomy but I have no waist.  I put it on and her husband walked out.

“What do you think?” I asked, rather fancying myself in it.

He is one of those husbands who tell the truth and I can never understand why they’re still married. I’m pretty sure I didn’t look like Sigourney Weaver in Aliens but I didn’t think I looked that bad.

I was already hot though and started clawing at my shoulders to get it off. A week later, a random email arrived from a store promoting their new black jumpsuits in TENCEL.  At an affordable price. Just what I wanted!

I ordered one. It arrived this morning, I put it on, and it pulled at the crotch. I got hot in two minutes – perspiration-dripping-down-my-face hot.

My husband came out of his room and I said, “What do you think?”

He always lies and says I look great. “Yes. But for the home is it?,” was the response, “You’re not planning on wearing it out?”

Kirstie Clements: My complicated love affair with the jumpsuit