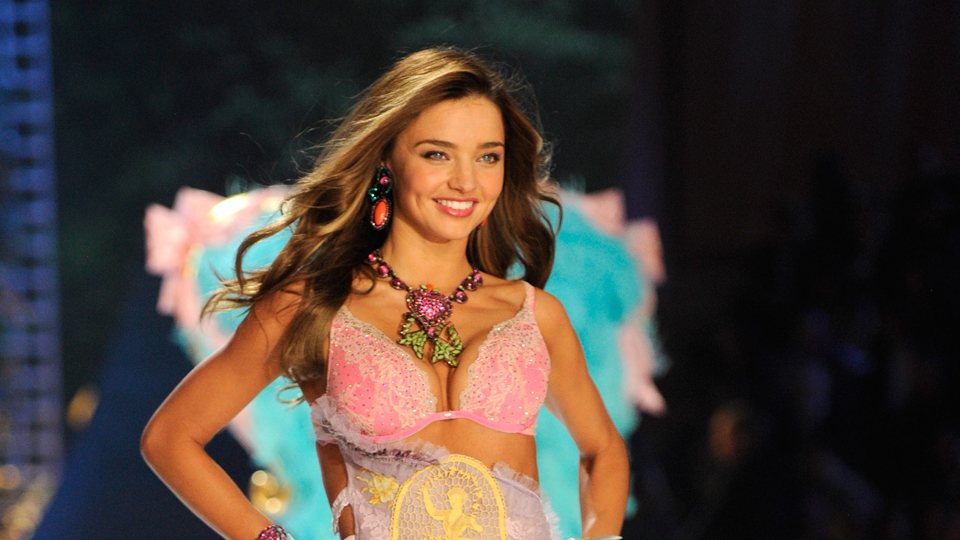 Amid plunging ratings, a body diversity controversy and a Jeffrey Epstein link, lingerie company Victoria’s Secret has confirmed its 2019 fashion show is a bust.

“It’s something I’m not used to because every year around this time I’m training like an Angel.”

In its heyday, the show saw Angels flown around on private jets in team outfits, discussing their favourite underwear workout routines and parading in bejewelled garter belts and oversized wings.

Now it is seen as exclusionary and representing an outmoded standard of beauty in the ‘Me Too’ era.

At the time, Victoria’s Secret was one of Kloss’ most lucrative contracts, and she returned to the show in 2017.

“I didn’t feel it was an image that was truly reflective of who I am and the kind of message I want to send to young women around the world about what it means to be beautiful,” she said.

Announcing the cancellation on Thursday (US time), Stuart B. Burgdoerfer, chief financial officer of Victoria’s Secret’s parent company L Brands, said the show had been “a remarkable branding achievement.”

As first reported by Women’s Wear Daily, he promised “more to come” and said Victoria’s Secret is “figuring out how to advance the positioning of the brand.”

L Brands’ shares have fallen more than 30 per cent this year, according to CNBC. Since 2016, Victoria’s Secrets’ sales have reportedly steadily declined and Mr Burgdoerfer said the show didn’t provide bang for buck, according to Fortune.

The show launched in 1995 and Miranda Kerr, Gisele Bundchen and Naomi Campbell all took to the runway.

Ratings for the 2018 show were among the worst ever, according to CNBC.

3.3 million Americans tuned in, a fall of nearly two million from the previous year and a world away from the over 12 million viewers who watched in 2001.

Victoria’s Secret will still be marketing its wares through “more current platforms” including social media but “immediate” plans are not “similar in magnitude to the fashion show,” Mr Burgdoerfer said.

A memo was sent to Victoria’s Secret employees in May by L Brands CEO Les Wexler, saying network TV had stopped being the “right fit” for the annual show.

The company has been under pressure since it was revealed Mr Wexler was a close friend of dead pedophile Jeffrey Epstein, whose links to Prince Andrew have plunged Buckingham Palace into a crisis.

The show was also criticised for its models’ lack of diversity.

There was an outcry last year when former chief marketing officer Ed Razek told Vogue there was “no room” for plus sized models in the show, and that trans models would not be hired.

“No. No, I don’t think we should. Well, why not? Because the show is a fantasy,” said Mr Razek, who stepped down in August.

He later apologised for his “insensitive” remark and said transgender models had come to casting, but “they didn’t make it.”

In 2018 the lingerie brand expanded diversity in the show by casting 19 models of colour including Winnie Harlow, the first Victoria’s Secret angel with vitiligo.

It has not been confirmed if the show will return after a hiatus or is gone for good.