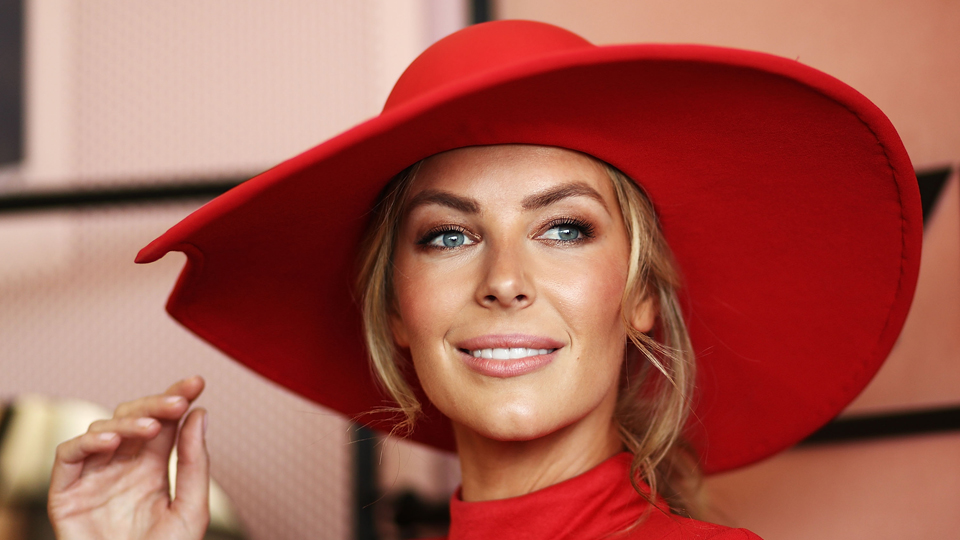 Four days after she scandalised Flemington by drifting on to the members’ lawn in a white shift dress well above her knees and no hat, no gloves, no stockings, English model Jean Shrimpton braved the baying crowds again to showcase her 1965 Melbourne Cup fashion.

Second time around, Shrimpton – who was paid £2000 for her two-week trip, more than the Beatles a year earlier – wore a conservative three-piece beige suit, and cartwheel straw hat to appease her sponsors and local style police.

“I feel Melbourne isn’t ready for me yet,” the model said.

“It seems years behind London.”

Since the Shrimpton scandal Flemington has seen thousands of fashion-forward head turners, from the fabulous (anything on Lillian Frank in the 1980s, most of Jennifer Hawkins’ back catalogue) to the looks you wouldn’t bet your house on (anyone married to Geoffrey Edelsten.)

There are a few celebrities who will be thrilled right now to see their past outfits.

Let’s start with Princess Diana, who cut her race day teeth at Epsom and thus left gimmicks behind when she showed up in Melbourne in 1985 in a Bruce Oldfield suit, Frederick Fox hat and patent flats.

Socialite hairdresser Frank was always joyfully unbridled in leopard, hot pink and roof-sweeping feathers while many Toorak pals stuck to navy and white and pearls. A couple of years ago, The New Daily helped her stuff her hat with cocktail napkins: “It’s too big. Fix it, darling.”

Paris Hilton and sister Nicky went heavy on the fake tan, lingerie-as-clothes and showgirl sandals in 2003. How Paris slipped that slapper chic bared midriff past VRC officials is an enduring mystery.

I bet Melissa George, in a fussy look reminiscent of the wedding vision of the bad stepmother in Nanny McPhee (but props for ace shoes), hated standing with a very cool and contemporary Tina Arena in 2007.

Jess and Lisa Origliasso, aka The Veronicas, got the dress code wrong in 2007 – Melbourne Cup fashion is about colour – but fortunately had Hawkins (in fuchsia Zayt) on hand to show them the ropes.

Maybe we should tick Jen off entirely while we have the chance. In 2011, she and Rebecca Judd had a battle of the headpieces and GHD curls.

The former face of Myer’s best Cup look? In a quality field, those pastel dresses from her early years notwithstanding, her 2016 scarlet jumpsuit.

Meanwhile, Sonia Kruger also has a strong body of work when it comes to Cup looks. She’s a ninja – studded ankle boots and a fedora back in 2008 – except for that ice dancing 2003 outfit.

It’s hard to cull Bec Hewitt’s Cup day getups to one, especially given the shorts and bra top she wore in 2016.

But her 2014 fringed mini accessorised with neon pops takes the honours.

In 2012, Delta Goodrem made Dior look like an extra’s costume from a suburban theatre group’s production of A Midsummer Night’s Dream.

In 2004 Grant Hackett went full morning suit with sunglasses that came free with a six pack of beer. Sophie Falkiner tried an empire line for perhaps the first and last time.

At the other end of the sartorial scale we have Enrique Iglesias in 2010. Had Derryn Hinch still had his ‘shame file’ TV spot, we know who would have been included. Go back to a food court.

Now we come to the inevitable Edelsten section. Sadly, photos of Geoffrey’s first wife Leanne in a leather Tinkerbell kit at the 1985 Melbourne Cup are hard to come by, but we’ll always have his subsequent flames Brynne and Gabi Grecko. In 2010 Brynne spurned her signature candy pink but made up for it with her understated hat.

Geoffrey was so down with his canary suit (his tailor has the same eye for proportion as Donald Trump’s) he recycled it to drop to one knee and propose to Grecko – in a Maleficent headpiece, mini featuring clown faces and stripper shoes – in the Birdcage in 2014.

Ashley Hart sported a melange of influences, from gauchos to Tibetan artisans and Scottish highland chiefs in 2015. And yes, she kept those Louboutins on all day.

Paris Jackson snubbed designers championed by her 2017 host Myer to come as a stall holder at one of those local markets that sells soap. I can still smell the patchouli and her air of disdain.

Dita Von Teese and Coco Rocha were classically beautiful and ‘done’ in 2013.

Lara Worthington rocked up amid 2018’s biblical rain wearing Derby Day colours and a weather-appropriate boots and beret. Was she too unstructured or perfectly insouciant?