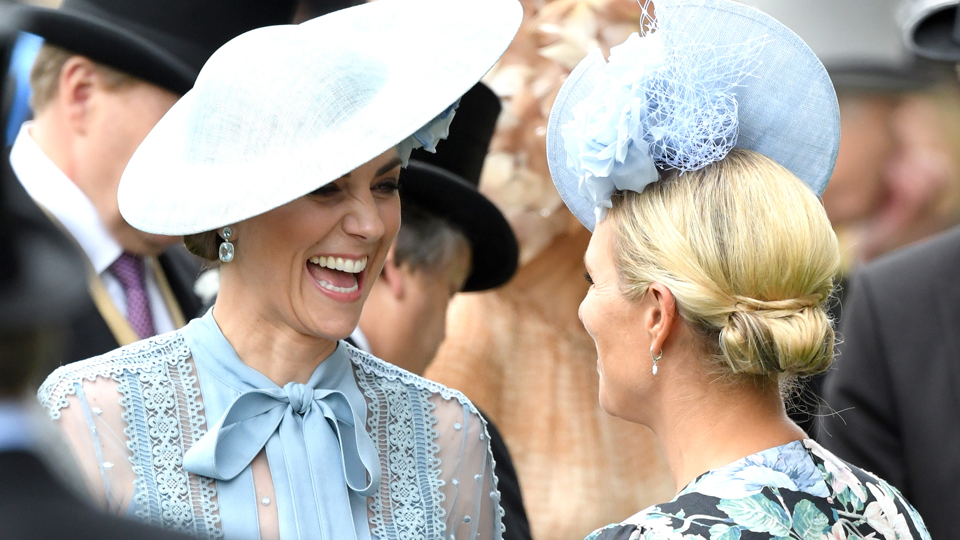 Royal Ascot comes with a 36-page guide book to how to dress, and this year, for the first time, a modern change was made: guests could choose whichever gender dress code they most identify with.

Hopes were high that might mean the Berkshire track saw the royal family emulating the likes of Cara Delevingne, who wore a top hat and tails to Princess Eugenie’s 2018 wedding, but most stuck firmly to blue or green shades in what they know and love.

There were a couple of exceptions. When the five-day event kicked off on June 18, Kate Middleton debuted a $6600 powder blue custom Elie Saab dress with silver heels and a Philip Treacy saucer-style hat.

Based on the label’s 2019 resort collection, the dress had added sheer sleeves, which would have broken the Ascot rule had Kate ventured out of the Royal Enclosure into the more plebeian Village Enclosure.

Another royal to push the envelope was Sophie, Countess of Wessex, who rocked up on day three in a wide-legged jumpsuit.

Very cool move from the former PR exec to wear a pant to Ladies’ Day, and her 1940s style hat was chic, but there was maybe just one pleat too many. Small quibble. Hats off to you, Sophie.

In a matronly deep jade number with unflattering bodice, the Queen’s granddaughter Zara Tindall nearly broke one of Royal Ascot’s golden edicts, that dresses or skirts “must be of modest length defined as falling just above the knee or longer.”

Every day during Royal Ascot, the royal family bowls up in carriages at 2pm. It’s a tradition dating back to 1771, and the Queen has her own separate Royal Ascot tradition: she hasn’t missed a single one in 64 years, according to British media.

When she first started attending, the Queen – in jodphurs and a headscarf – regularly took part in an informal race with other aristocrats on the famous track.

“Everyone makes a wonderful effort, and it’s just fantastic,” Rachel Trevor-Morgan, hat maker to the Queen, told People from her London atelier.

“Some people get a bit [worked] up about the rules, because there are strict rules at Ascot, but I think that’s really what makes it what it is.”

Ms Trevor-Morgan applauded the gender-fluid rule, which joins those such as nothing strapless and no fascinators: “It’s a clever way of moving things on without taking away the formality.”

Eugenie wore the hat with a dress by Cefinn, the label founded by former British prime minister’s wife Samantha Cameron.

Queen Maxima of the Netherlands went totally, hugely over the top with her feathered hat, which put Kate’s boring one (that flower!) in the shade but also bordered on burlesque. She reined it in with the dress, sadly.

Given demure florals with keyhole neck details are having a moment, on paper the dress worn by Autumn Phillips, wife of Princess Anne’s son Peter Phillips, was bang on. In practice, the daggy hat and shoes meant the look was the fashion equivalent of an anaesthetic. 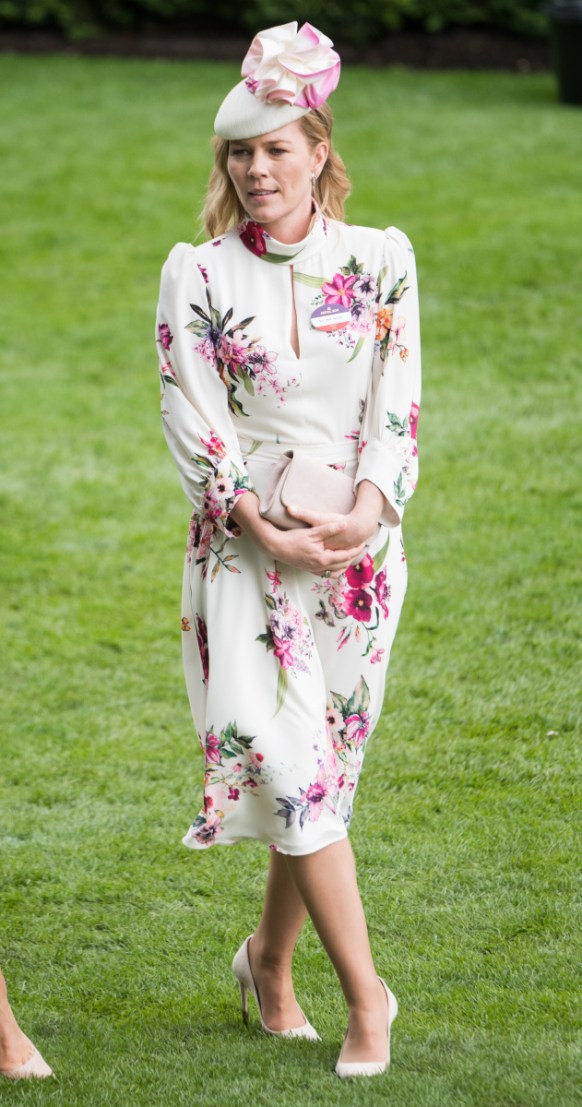 Zara – who was the life of the party, cuddling Prince Charles, cracking up Kate and making cartoon faces at William – and Sophie also flirted with florals on June 18. Zara’s living sofa dress was by Australian label Zimmerman. Sophie looked like the wallpaper in an old doll’s house.

Natalie Dormer isn’t royal, but played queen consort Margeery Tyrell on Game of Thrones, so is worthy of inclusion. She pulled off what the royal flower girls failed to do, thanks to her statement hat and bag and maxi tiered number. Shoes needed work.

Former Channel Seven racing commentator Francesca Cumani was best dressed on course in a retro bird of paradise explosion of colour that was supremely fashionable and fun.

Latest royal bride Lady Gabriella Windsor did a Marie Antoinette and dressed as a milkmaid. The ’80s style buckled shoes sharpened it but the goal of mismatching in a cool way backfired. What she did get right: not overdressing for an afternoon race meet.

Royal Ascot: Hats off to the best-dressed royals