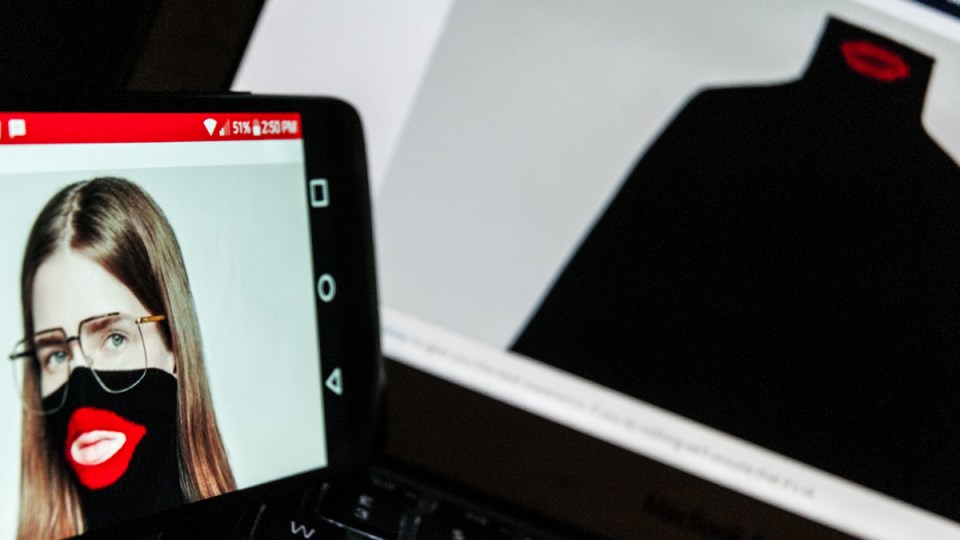 The neck of the 'balaclava sweater' can be lifted up to under the eyes and the mouth is visible through an opening decorated with two large red lips. Photo: Getty

Luxury fashion brand Gucci has been forced into an embarrassing apology after being slammed by social media users for selling a wool sweater that resembled a “blackface”.

The US$890 ($1250) turtleneck sweater, which Gucci has pledged to stop selling, covers the nose and includes a red cut-out for the mouth in the shape of what appear to be lips.

Gucci issued an apology, saying it hoped to turn this “incident into a powerful learning moment” and confirmed the turtleneck had been “immediately removed from our online store and all physical stores”.

It is the latest case of an Italian fashion house being accused of cultural or racial insensitivity.

“We consider diversity to be a fundamental value to be fully upheld, respected, and at the forefront of every decision we make,” Gucci said in a statement posted on Twitter.

Gucci deeply apologizes for the offense caused by the wool balaclava jumper.
We consider diversity to be a fundamental value to be fully upheld, respected, and at the forefront of every decision we make.
Full statement below. pic.twitter.com/P2iXL9uOhs

Gucci was lambasted on social media for being insensitive and racist, at a time when the US is grappling with scandals surrounding historic photos of politicians with their faces blackened.

The sweater was part of Gucci’s fall winter 2018 collection, according to ModeSens, an online fashion shopping search engine, and was inspired by vintage ski masks.

Twitter users were left baffled as to why the red lips had been added, with one person arguing that the design was “intentional” and many calling for consumers to “boycott Gucci”.

“I get the Idea they were going for . . . BUT WHY DID IT HAVE TO BE BLACK?” a Twitter user asked.

“They could have literally chosen any other colour scheme, but they went with this,” the person tweeted.

“This is DISGUSTING,” another Twitter user wrote. “I don’t wanna see any of you with Gucci belts and slides after this.”

“One day I am going to deliver a prolific dissertation on how it feels to live in a continuous cycle of disrespect as a black man,” he said.

In December, Prada said it was no longer selling a line of accessories that featured a character with brown skin and exaggerated red lips after complaints they resembled blackface.

In the same month, Dolce & Gabbana cancelled a Shanghai runway show and apologised after complaints that an advertising campaign featuring a Chinese model trying to eat pizza, spaghetti and a cannoli with chopsticks was culturally insensitive.