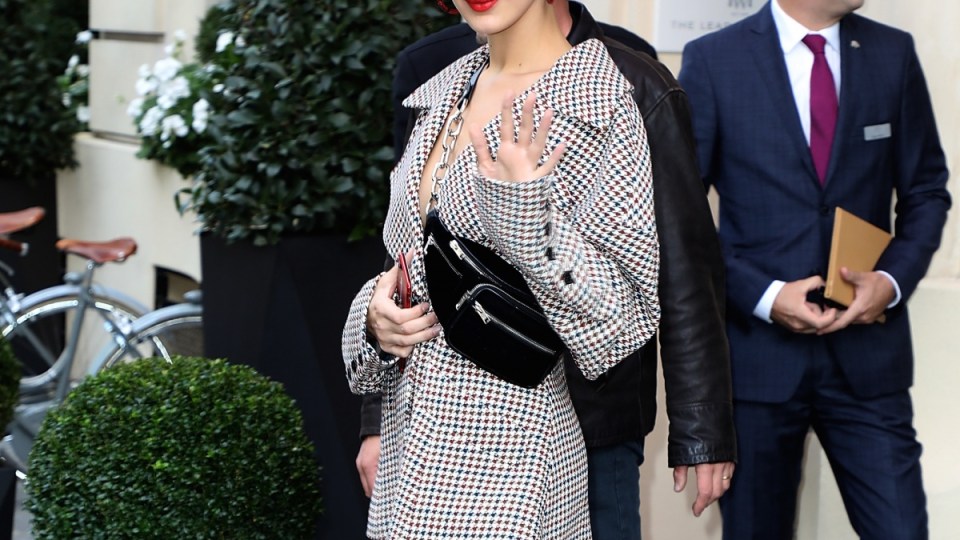 In huge news, Kim Kardashian recently declared that small sunglasses are in (her savant husband Kanye West apparently emailed this devastating style declaration to her). So big sunglasses are out.

I am unlikely to take fashion advice from any Kardashian, ever, so the pronouncement fell on deaf ears but it’s true that smaller sunglass shapes have been popular for a while now, tiny cat eyes and small rectangle shapes often seen in pastel colours.

But a trend in eyewear is one thing that everyone should approach with caution. Frames should absolutely be chosen to flatter the shape of your face, not because everyone else is wearing them.

Take aviators for example. That’s one trend I hated and completely ignored because no one looks worse in them than me. I put a pair on and they instantly age me by about 20 years, cleverly drawing attention the drooping jowl area.

Give me a pair of large cat’s eyes and swoosh, my face and jawline are suddenly swept upward. Those ageing Hollywood actresses had it right, there’s nothing a good wig and some cat’s eye glasses can’t fix.

It seems to be models and young Hollywood types like Justin Bieber that are going with the small glasses trend, which is entirely suitable as the style is a tad childish, more Nabokov’s Lolita than it is Bette Davis in Feud.

It might be saying something about my age, but while watching the replay of Oprah Winfrey’s Golden Globe speech I definitely wasn’t thinking, “She should be president”. I was actually wondering, “Where did she get those fabulous glasses?”.

I was given a pair of Lucy Folk sunglasses for Christmas, which were the complete opposite of Kimye’s proclamation. They are oversized cat’s eyes with pale green and tortoiseshell frames and are absolutely gorgeous. They also came with a chain, which I tried on in the office, sending the young girls I work with into fits of laughter. While a chain for your glasses probably looks all sorts cool on a young Bondi babe, I looked like I was just about to write a parking ticket.

While tiny glasses may be all the rage now, there are other style staples that should be considered that will have a longer shelf life. The Rayban Erika is a classic that looks great on men and women, lightweight with a metal bridge.

The Persol Calligrapher Editions are another timeless gem that have a smart “Howard Hughes before he went mad” edge to them. The discreet Moscot Billik is also a winner, with clear frames and green lenses. They too say “old Hollywood”, but more clever scriptwriter than ageing diva.

Or perhaps we can take a cue from the fabulous costume designer Edith Head (an exhibition of her incredible work is currently on at the Bendigo Art Gallery). She owned the dark glasses and pearls look, with her thick black fringe and air of intelligence, as did Coco Chanel.