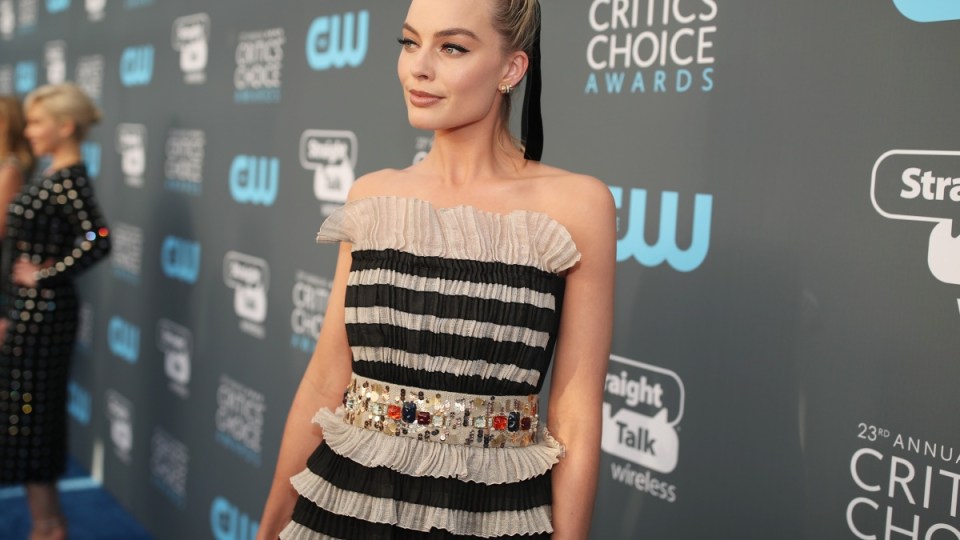 After the fashion blackout at the Golden Globes, Hollywood welcomed back colour at the Critics’ Choice Awards on January 11 in Santa Monica, California.

The blue carpet was awash with pretty looks and shorter hemlines at the gongs, which are traditionally more understated in terms of style than the full-tilt glamour of the upcoming Oscars.

Margot Robbie was best dressed in Chanel striped dress with Jimmy Choo metallic sandals and an emerald-green ring that matched her belt. Her messy bun was tied with a thick black ribbon.

Call Me By Your Name star Armie Hammer and wife Elizabeth Chambers, who teamed a metallic sheath with gold fishnet and leather Christian Louboutin heels.

This Is Us nominee Milo Ventimiglia wore a black velvet Ralph Lauren tuxedo with Montblanc cufflinks and Christian Louboutin shoes.