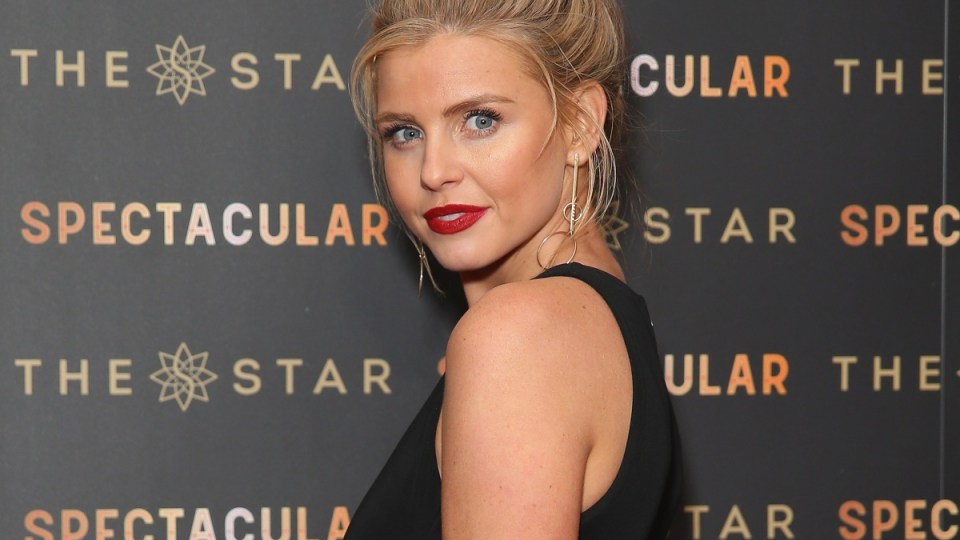 The ripples from Hollywood gender equality campaigns like #MeToo and #TimesUp may soon be felt Down Under, with some local stars calling for an all-black dress code at this year’s Logies.

The idea has become a hot topic in Australia after Monday’s Golden Globe Awards in Los Angeles, which saw both men and women opt for all-black attire on the red carpet to protest workplace sexual harassment.

The protest was part of #TimesUp, an initiative founded by 300 prominent female entertainment figures, who have pledged to achieve gender parity by 2020, as well as setting up a $US14 million legal defence fund for victims of sexual harassment and assault.

Network Ten host Jessica Rowe criticised the US movement on Studio 10 on Monday, calling it “dumb” and “tokenistic”.

“It is wonderful women are finding their voice, that we are speaking up, but to me it is dumb to wear black on the red carpet,” Rowe said.

“To me, it is tokenistic and it’s not a good way of sending the right message.”

But several stars encouraged the blackout in Australia, with TV host Laura Dundovic telling Yahoo it was “a wonderful opportunity to open a dialogue” and former Miss Universe Tegan Martin saying she “wholeheartedly supports” the campaign.

Speaking to The New Daily, 2013 Gold Logie winner Asher Keddie said she “felt the same as everybody else” in regards to the anti-harassment movement.

Asked specifically about the black dress code for the Logies, Keddie said it was an “interesting” idea.

“I hadn’t thought about it. I think that the movement will continue and it should, but I’m not sure how it will manifest from this point on after the Golden Globes and in our country,” Keddie said.

“I’m really pleased that this conversation is happening and that it will make men and women alike have a think about their own behaviour moving forwards.”

Former Hey Dad! star and advocate Sarah Monahan suggested the Logies go even further by having survivors of sexual assault present awards on the night.

“Will the Logies be having a solidarity movement like the ladies dressing in black at the Golden Globes? Maybe a pin? It’s not like the industry in Australia is any better than Hollywood…” Monahan posted on Facebook.

“Maybe they could have people like me present an award or give a speech. Grab [Corey] Feldman or [Rose] McGowan as the token international guest. Show some love to those people who have been trying to make a change for years, and not just months.”

“The #TimesUp movement and the sea of black at the Golden Globes was incredible to witness, but let’s not wait till the Logies in April to continue the fight in Aus, there is more we can do NOW,” Ruffle tweeted.

Model Megan Gale criticised coverage of the all-black red carpet at the Golden Globes in a post on Instagram, admitting she was “baffled” by headlines designating the “best and worst dressed” attendees.

“It’s why I have refused, countless times, to judge best and worst dressed for events such as The Logies and The Brownlow as to do so is completely belittling for the women on the receiving end,” Gale wrote.

This year’s Logies will take place in July, slightly later than previous years, and will undergo a change of scenery, switching its venue from Melbourne’s Crown casino to The Star casino on the Gold Coast.

It’s headlines like this that truly baffle me. Today in Hollywood women are taking a stand by wearing black and trying to send a powerful message and showing a united front. Something that is being largely, for the most part, applauded by all including the media. Yet, despite all of that, these same women are still getting held up, compared, critiqued and picked apart for their fashion choices. I just don’t get it. It’s why I have refused, countless times, to judge best and worst dressed for events such as The Logies and The Brownlow as to do so is completely belittling for the women on the receiving end. I have to say too, having been on the end of such criticism, people have to know that sometimes when you walk a red carpet, you don’t always get to choose your outfit. To share just one example, one time I was only sent the one outfit to go to the races. I had requested another outfit from the stylist and client and only this was sent to me (swipe left) a couple of hours prior to the event. I had tried it on previously, politely declined to wear it as it was ill fitting and I didn’t feel comfortable in it at all. However I had nothing else to wear, I’d been up all night with food poisoning and contractually HAD to attend. And I was crucified for my fashion faux pas which was not my fault at all. So please, when we see articles like this, don’t buy into it. They are unkind, they pitt women against each other and it’s total click bait. We’re better than this. 😘❤️

Call for Australian stars to wear black to the Logies