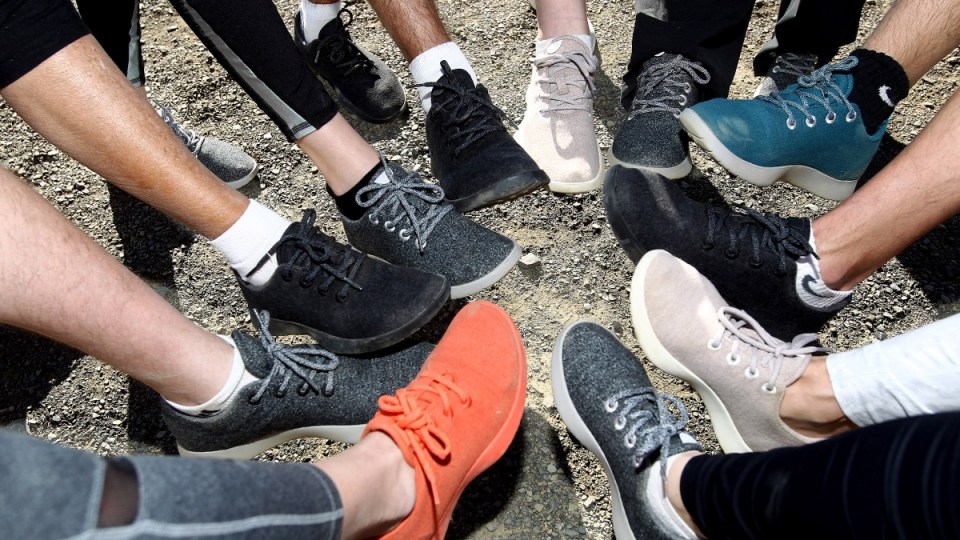 The woollen Allbirds are favoured by the tech moguls of Silicon Valley. Photo: Getty

Apparently there is a new shoe on the market, which hails from New Zealand, and is being touted as the most comfortable shoe on the planet.

Fine, you have me intrigued at the word comfortable, but everybody said that about those hideous Crocs when they came out, and I banned my family from wearing them.

The Allbird shoe (which is actually two shoe styles – a sneaker and a loafer) is knitted from Merino wool, which is a very clever idea.

Wool is a magnificent natural fibre, not only warm but it also stretches and breathes, so you don’t have to wear socks.

The shoes are slightly fuzzy in texture, sleek, minimal, and inoffensive. I can see what all the fuss is about.

It looks and acts like a trainer, but feels like a sock. The shoes are apparently designed to be “the right amount of nothing”.

Allbirds is a start-up, co-founded by New Zealand soccer star and a clean-technology entrepreneur Tim Brown, who clearly saw the potential in using wool for shoes.

But this is not your average start-up – venture funded, it has raised nearly $US10million to grow the company and the shoes have become a gigantic hit with the Silicon Valley crowd.

They are an interesting species when it comes to style. Think about their overall dress sense – Steve Jobs’ ubiquitous jeans and black turtleneck, Zuckerberg’s T-shirts and hoodies, Larry Page’s bad T-shirt under a sports coat.

Like Hugh Hefner’s pyjamas, it is a quiet and definitive declaration of wealth, the perfect always-ready outfit for a meeting, a yacht, or for catching a private jet. Nothing says rich more than extreme comfort. Sartorial showiness is just not (as yet) a tech-y attribute.

Having the “right” sneaker has always been important in terms of personal branding, from sports stars, to hip hop artists, fashionistas to suburban teenagers. The appeal is tribal, insider knowledge is everything.

The marketing of sneakers is so highly effective in the current age, that customers eager for the new Yeezy by Kanye West will enter contests to win a chance to purchase them and score the privilege of over-paying, a concept that was always reserved for idiots such myself when there were only a limited number of ‘It’ bags left at Gucci.

Scarcity is a big luxury driver so if Allbirds plans to take over the world that could be an issue. Although maybe that is a venture capitalist thing – they don’t mind if their wardrobe is normal because their bank balance sure as hell isn’t.

I do applaud the idea, however, of a shoe that acts and feels as a sock. What human wouldn’t?

As someone who wore high heels regularly in my corporate career, I was looking to the day when I could incorporate sneakers into my everyday work life, but I have now discovered that a lot of designer sneakers are as uncomfortable as a sky-high stiletto.

I might order a pair of Allbirds. While they’re at it, could they make an underwire bra that feels like a singlet?