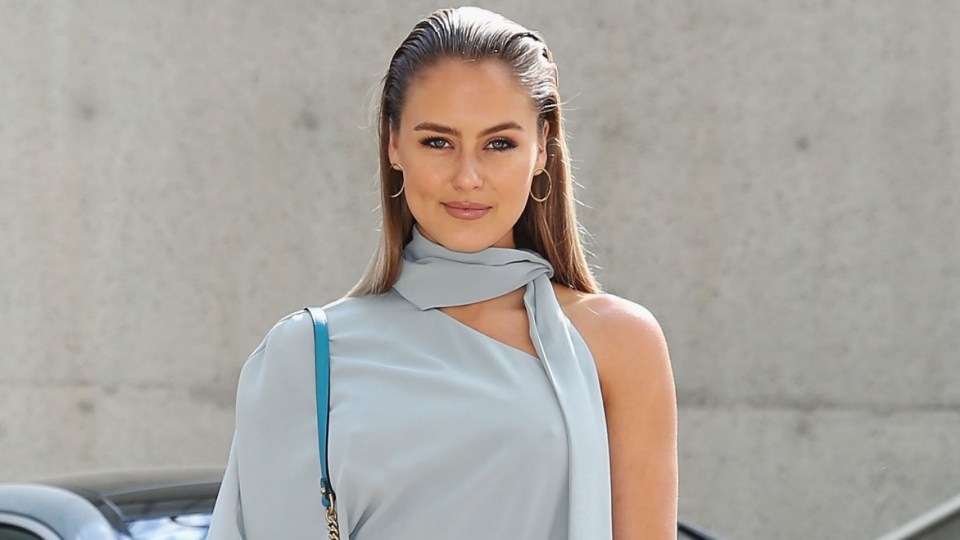 Steph Claire Smith, 23, wants people to know she reads the comments. All of them. Photo: Getty

Despite her charmed life, model and social media sensation Steph Claire Smith is well aware of the downsides of online fame – and the creeps who lurk in the comments section.

Scrolling through the hundreds of comments she receives daily from her 1.2 million Instagram followers, the 23-year-old Melburnian must filter through inappropriate sexual innuendo and snide remarks about her loved ones.

“And if it’s not me in the photo and they’re saying something rude about my boyfriend or friend, I’ll delete the comment and block the person.”

But some of the worst comments Smith receives come from people acting as though she’s not there.

“A girl might tag her friend in the photo and speak as if I’m not there and sometimes I do write to them and say, ‘I don’t mind what your opinion is of me but you could have screenshotted this and sent it to your friend privately’,” she says.

“I do read through my comments because I have to filter out the negative stuff. Do they think I’m a robot?”

Earlier this year, the health and fitness blogger went viral when she filmed a candid video speaking about her struggles with binge-eating and body image.

“It was messages and messages for days afterwards,” she says of the overwhelming response it received. “Any way they could, they were trying to talk to me.”

Smith balances her down-to-earth, relatable side with a slew of glamorous photos of her in bikinis or lingerie, lounging by pools in tropical destinations and staring seductively into the camera – which is often held by her longtime boyfriend, Josh.

She’s fresh off her latest campaign for lingerie store Bras N Things, which saw her scantily clad image beamed into store fronts and onto billboards Australia-wide.

Despite her body confidence struggles, these days Smith’s approach to revealing shoots is to “avoid eating chocolate the night before”.

“As a kid I was a bit of a nudist, I was comfortable in my own skin. I have been through periods where I definitely would not have been happy to do bikini or underwear shoots but now I look after myself,” she says.

Her raunchy ads have incited public uproar before, something Smith is surprisingly receptive to.

“I was part of a Bonds campaign that involved billboards with the word ‘boobs’ on them and photos of us in our lingerie,” she recalls.

“They didn’t last long because they received so many complaints. I thought it was funny but I understand people have their opinions.

“If I ever put a lingerie shot on my Instagram it’s professional, it’s not a photo I’ve taken in the bathroom to send to my boyfriend –  I don’t want to promote that young girls do that.”

Happy Birthday to one of my absolute favourite clients to work with, @brasnthings ❤️ every shoot is a good one, but one of my favourites would have to be shooting the Easter campaign with my good mate @natdarcas, always a bundle of laughs with that one. #30yearsofbnt

Smith’s following is mixed. There are certainly plenty of men, but more overwhelmingly she attracts young women looking to get fit and healthy, who flock to Coles supermarkets to buy her Keep it Cleaner food products.

She admits the sheer size of her fanbase certainly helps her nab jobs, especially overseas where casting calls require models to share their Instagram following.

Despite enjoying a fairly normal home life in the Melbourne eastern suburbs home she purchased with Josh last year, Smith often finds herself in situations she can’t quite wrap her head around – like “hanging out” with megastar Taylor Swift.

“We had the same personal trainer in New York and got talking in the change rooms one day,” Smith explains.

“I helped her adopt a kitten and she cooked me dinner at her house. It was crazy.”

@amandygriffith and I making @taylorswift into an honorary Aussie 😏 Lunch today at Bluestone Lane in the west village. @bluestonelanecoffee – so yummy😋