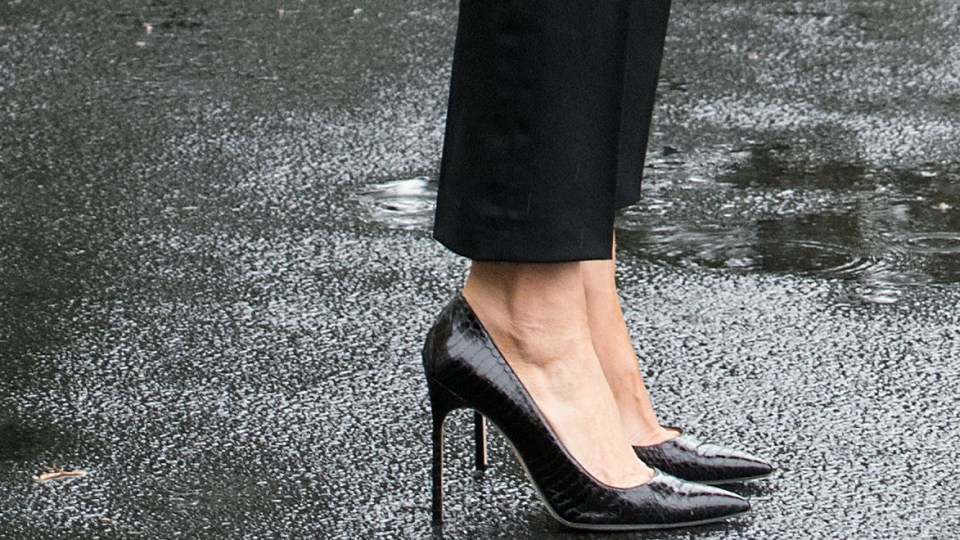 Flying is trying at the best of times, and for a flight to Perth last week my ticket indicated that I was in the dreaded middle seat.

I bought trashy magazines and gummy bears and looked around the departure lounge and cast my eyes over my fellow travellers, wondering who I would be seated next to. I don’t mind really. I like a surprise.

I once sat next to an indie grunge rock singer from Texas on an LA to Sydney flight who was covered in facial tattoos and proved to be one of the nicest, smartest and most polite people I’ve ever met.

But what I was really checking for was rubber thongs. I really hate seeing bare feet on a plane.

I do not want to see someone else’s naked toes, or cracked heels for that matter. Style really comes down to appropriateness.

Bare feet at the beach, of course. Bare feet next to a stranger at 10,000 feet in enclosed space and sticky carpets, no.

To my abject horror, at least 20 per cent of the passengers were wearing thongs, so the odds that I was going to be up close and personal with an unpedicured foot were high.

I don’t get it. Air travel to me says flats, business shoes, loafers, sneakers, ugg boots if you have to. But rubber thongs?

Qantas has banned them from the lounges and good luck this season working out whether a rubber slide constitutes a thong. It does really. If I can see toe hairs, I say you can’t come in.

My expectation of appropriateness was challenged at a funeral recently, when a woman sat down next to me in a purple and pink large floral dress (sheesh, I hate that colour combination), a red jacket and scuffed black pumps. Her husband was wearing a short-sleeved brightly patterned shirt and sunnies on his head. We were in a cathedral.

Call me judgmental, and I know a funeral is not the best time to be calling out fashion choices, but didn’t the whole world get the “wearing black is considered respectful” memo?

The clothing choices a person makes resonate publicly. It is not only about how it makes you feel.

I mean yes, yes, there is the “I wear what I want and I don’t care what anybody else thinks, my individuality is what matters” stance. I get it.

But what you choose to wear to an occasion will impact other people, good, bad or indifferent.

A case in point this week was Melania Trump who wore sky-high stilettos to visit flood ravaged Houston and set Twitter alight.

The khaki bomber, black pants and reflective aviator sunglasses clearly spelled Action Barbie, but it’s pretty hard to be of any help to anyone in pin thin Manolo Blahniks.

Typically, the White House turned it back on the critics, saying there were more important things to think about than Melania’s shoes. It was also pointed out that the First Lady was sporting flat, practical footwear by the time Air Force touched down.

Yes there are more important things than Melania’s shoes. But wearing stilettos en route to a disaster zone is horribly out of touch.

It was a statement she chose to make, and it was loud and clear.

Don’t be like Melania Trump! Toe the line on appropriate footwear