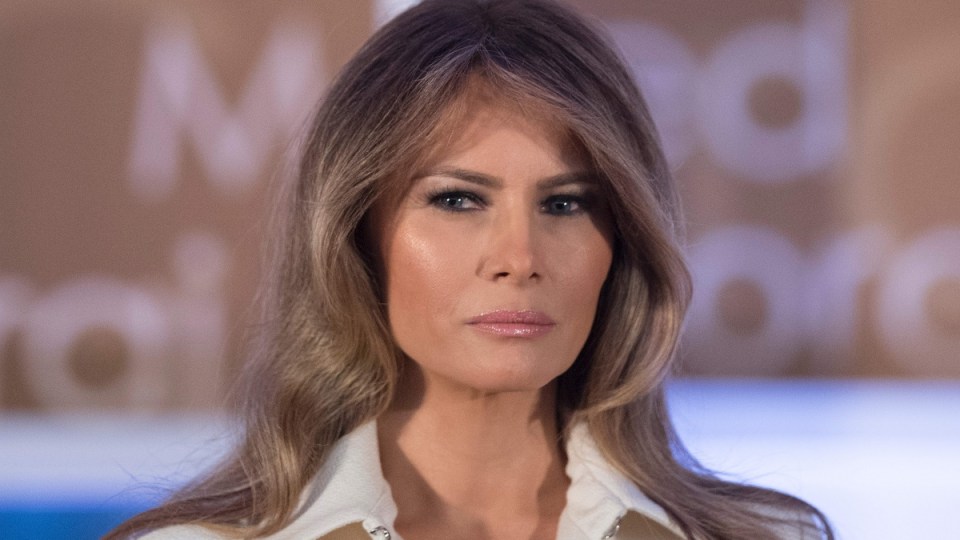 Melania Trump has released her first official portrait as First Lady of the United States, drawing comparisons with the portraits of her predecessors and criticism from those who feel the image is too airbrushed.

The White House released the photo on Monday (US time) with a statement revealing it was taken “in her new residence at the White House”.

The image, taken by Belgian photographer Benoit Mahaux, captures Mrs Trump in an all-black outfit and shows off her 25-carat diamond ring – a $US3 million ($A3.96 million) gift from her husband.

“I am honoured to serve in the role of First Lady, and look forward to working on behalf of the American people over the coming years,” Mrs Trump said in the statement accompanying the photo.

The portrait gave people plenty to dissect — from the seemingly heavy airbrushing techniques employed, to the overt display of wealth with Mrs Trump’s ring, to how it compares with previous First Lady portraits.

The inclusion of the massive diamond saw some comparing Mrs Trump to infamous French queen Marie Antoinette, accusing the First Lady of flaunting her wealth in the face of the US’s economic hardships.

“It’s a gross display of wealth in a country where we can’t/won’t provide even basic healthcare for citizens,” one Twitter user commented.

Mrs Trump’s airbrushed photo with its softened background and dreamy glow is a far cry from Michelle Obama’s 2009 portrait, which was captured by then-official White House photographer Joyce N Boghosian, who is of Armenian descent.

At the time, Mrs Obama’s portrait caused a stir because she was wearing a sleeveless dress, which some felt was inappropriate and too revealing for an official photo.

Mrs Trump’s portrait does, however, bear a striking resemblance to Nancy Reagan’s 1981 portrait, which was taken in front of the same window.

Mahaux, who has photographed Mrs Trump before, specialises in celebrity and fashion imagery, according to his official website, which promises photos of the “highest and most homogeneous quality”.

Of course, the portrait also attracted its fair share of internet comedians, who seized on its retro look, likening it to an early 90s album cover, an old school fashion catalogue or a novelty glamour shot from a shopping mall.

Melania Trump's official White House photograph was taken on the set of Celine Dion's "It's All Coming Back To Me" video. pic.twitter.com/yXZZGKZ79H