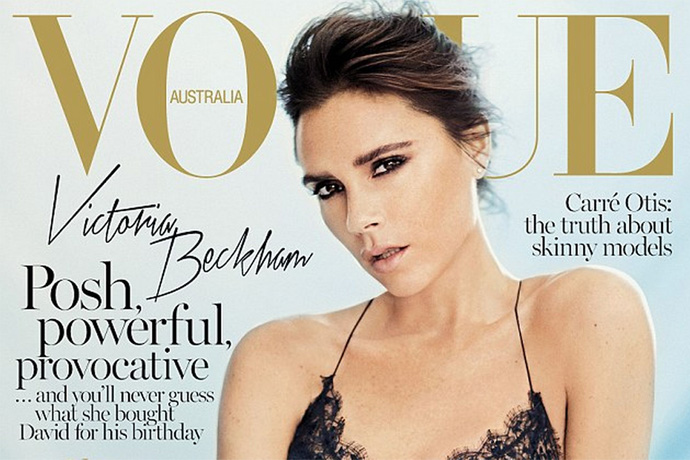 Often the most famous people are the easiest to deal with.

A story circulated this week about a shoot with Home and Away star Pia Miller for Elle Australia which hinted at the fact that everything may not have run smoothly.

No real facts were disclosed, but the general conversation was that Pia may have been over-controlling of ‘her brand”, while she pushed back on social media reinforcing her right to stand her ground.

Celebrity interviews have always been tricky territory. The days of the guileless celebrity who accidentally spilled all are long, long over.

The spin doctors and the stars themselves always tightly control the message. Publicists often sit in on interviews and veto questions beforehand.

If any actual honesty accidentally slips out, you can bet the star is probably between managers, or totally bonkers and has been dropped by their agent.

@elleaus out tomorrow ✌🏽 To the creative team @simonuptonpics @richardkavanagh @ghdhair_anz @rachelwayman @peterbeard @jacquiivesstylist thank you all for your well thought out and perfectly executed craft! ♡ Warning! This article may encourage other women to be “incredibly strong-minded”, “real”, “fiercely protective” (of their children and privacy) and exhibit a "zealous level of control" of “the way (they’re) publicly perceived”. 😝 Here's to my fellow women, Never apologise for standing your ground and portraying your true self. #StrongWomen #MayWeKnowThem #MayWeRaiseThem #AprilELLE

Now of course the stars themselves can also control the dialogue via their own social media channels, so the celebrity journalist is now largely redundant, often more likely to be just plugging whatever the project is they are promoting, and unable to glean any real insights.

You want the star, you play the game. There are no more society columnists such as the renowned Hedda Hopper striking fear into the hearts of 1950s Hollywood royalty.

In fact, paid gossip columnists are a shrinking species – there are so many people willing to troll for free, why put someone on the payroll?

You can just post a picture with an ambiguous question “Baby bump or big lunch?” and let the Internet take it from there.

In my experience at Vogue, the stars, especially the Australians, were always largely compliant and pleasant, and any specific requests were made beforehand by the agent.

These could include: “Will there be someone to meet her hire car at the kerb to escort her to the Eurostar platform?” or, “Her lunch request is prune juice”.

A famous actress couldn’t fit into a jacket and called her agent on the other side on the world in a different time zone to complain.

There were very few dummy spits: one US comedienne didn’t like any one of the dozens of lovely outfits we had brought for her and left the shoot, while a famous actress couldn’t fit into a jacket and called her agent on the other side on the world in a different time zone to complain.

But generally, the bigger the star, the less the fuss. They tend to turn up, without assistants, without a ton of hangers on. They do the work; they make sure you have what you want.

I hear much worse stories about social media stars who, not used to the world of celebrity, think this particular day in the sun is never going to end.

I’ve witnessed eyebrow specialists turn up with two assistants, or a fashion blogger at TV audition who said to a taxi driver, “Don’t you know who I am?”.

I was on a shoot with a huge Instagram star the other day who literally never put her phone down, even face timing with her friends while she was being shot by another photographer.

It’s 24/7 coverage and promotion, at a crazy and relentless pace. The difference now? You can do it yourself.

‘Do you know who I am?’: when celebrities spit the dummy