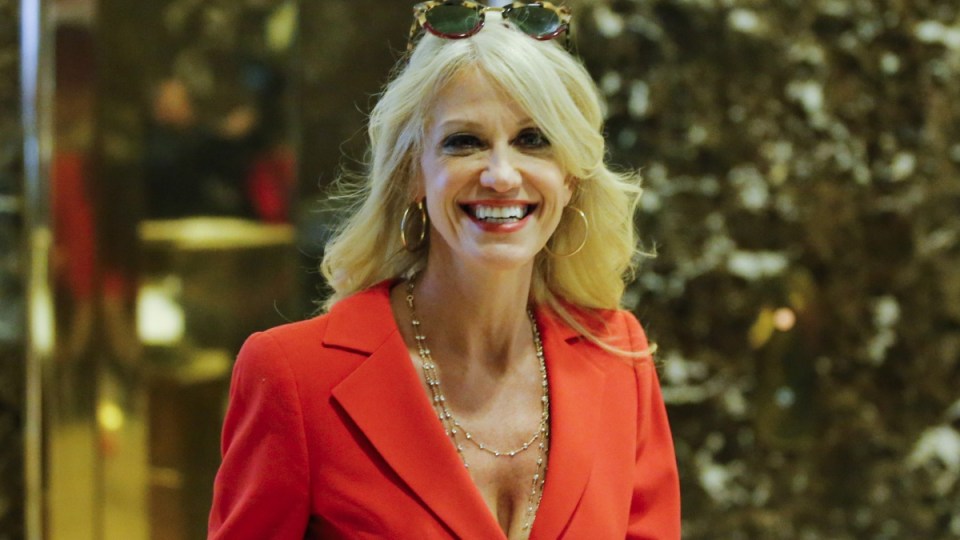 One of President Donald Trump’s most trusted counsellors, Kellyanne Conway, has inadvertently given the world a peek into her pageant queen past by accidentally unveiling an old glamour shot.

Comments Ms Conway made in a recent interview with Bergen Record host Mike Kelly may have spread like wildfire on the internet, but many missed some interesting artefacts in the background of the video.

The interview, in which Ms Conway talked about President Trump’s allegations that the Obama administration wire-tapped Trump Tower, took place at her family home.

Her comments regarding the various ways to surveil people – including via television sets and microwaves – may have distracted from the plethora of embroidered throw pillows, unusual art and family photos surrounding her.

I want to know the name of the artist behind Kellyanne Conway's pillows and paintings pic.twitter.com/wrPhhe50KZ

However, one keen-eyed Elle magazine columnist spotted a particularly unexpected family photo in the background of a shot of Ms Conway with her daughters.

In the framed glamour shot, Ms Conway can be seen in full hair and makeup, posing in a blue velvet hooded jacket.

For those familiar with Ms Conway’s background, however, this glamorous photo shoot is unsurprising.

The 50-year-old Republican adviser is a former pageant winner, taking the title of New Jersey Blueberry Princess in 1982.

She’s also no stranger to the limelight – even before she was on television talking about “alternative facts” she was comfortable in front of a crowd, as this recently unearthed 1998 video proves.

The video, taken at a charity event in Washington, shows Ms Conway performing an 11-minute stand-up routine, before donning a feather boa and singing a song about having “the pundette blues”.