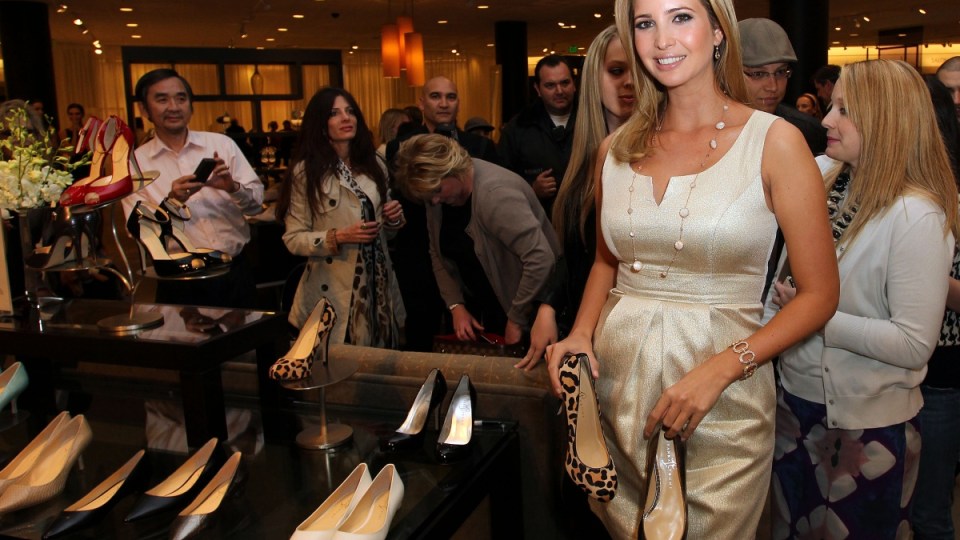 Ivanka Trump's clothing line has copped widespread backlash - but does it deserve it? Photo: Getty
opinion

President Donald Trump was none too pleased this week when department store giant Nordstrom’s made the decision to cease buying his daughter Ivanka’s eponymous fashion line.

Mr Trump predictably reacted angrily on Twitter, calling the store out by name, and asserting that the decision was “terrible” because, apparently, she’s such a nice person.

If the Ivanka Trump line was genuinely selling well, all the stores would be cashing in now, placing massive re-orders and calling her in for trunk show appearances.

Mr Trump’s team then suggested that Ivanka’s business was being punished, with media spokesperson Kellyanne Conway making an appearance on Fox News and, gobsmackingly, twice telling viewers to go out purchase Ivanka’s line, crossing who knows what ethical boundaries. 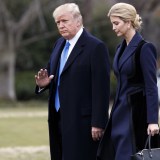 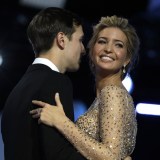 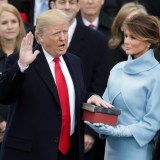 She later apologised to Mr Trump, according to CNN, who told Ms Conway he supported her “completely”.

If anyone recalls how Ms Conway accessorised her Gucci coat on inauguration day, then it may be wise to steer clear of her fashion tips.

Ivanka’s fashion collection is not awful – a quick scan of the website presents some ordinary, non-threatening, mid-price workwear and basic items like leggings, and striped t-shirts, wrap dresses and simple shifts, classic accessories and a lot of shoes.

The site is punctuated by handy tips and nauseating affirmations about how to strike a successful work-life balance.

I couldn’t find the part on how to have it all if you have had your own staff since birth.

Ironically, like Donald Trump’s own line of merchandise, most of the items are made overseas in China, and Ivanka has already had to face one legal stoush when she was sued by the upmarket luxury shoe brand Aquazzura for copying their coral suede Wild Thing shoe and selling her version at a much lower price point.

In fact, many of the shoes and bags on her site do seem awfully familiar in a design sense, but in all fairness, she’s not the only one being “influenced” by authentically creative and original designers and having versions knocked off cheaply overseas.

There are many high street stores here in Australia that are doing exactly the same thing; I noticed the same Wild Thing shoe on sale in a local fashion chain last year.

Perhaps Mr Trump is right and Ivanka is a nice person, and her business seems like a sound, if not particularly groundbreaking idea.

But she is going to have to face the fact that if she happily and vocally supports her highly divisive father there will be consumer backlash.

I would suggest that no woman in the spectacularly attended Women’s Marches around the world was marching in Ivanka Trump footwear.

Withdrawing her line from sale is a political act, not on the part of the retailers but as a consequence of customers who are following the hashtag #grabyourwallet and are protesting her father’s values and behaviour by boycotting any Trump family brand.

Ivanka’s business is purportedly very successful, but for me there is a staggering irony in a billionaire’s daughter (although, on that note, we still need to see his tax returns) sitting in Trump Tower and telling us “working women” how to have it all.

Maybe she should bring out a line where all profits go to Planned Parenthood.