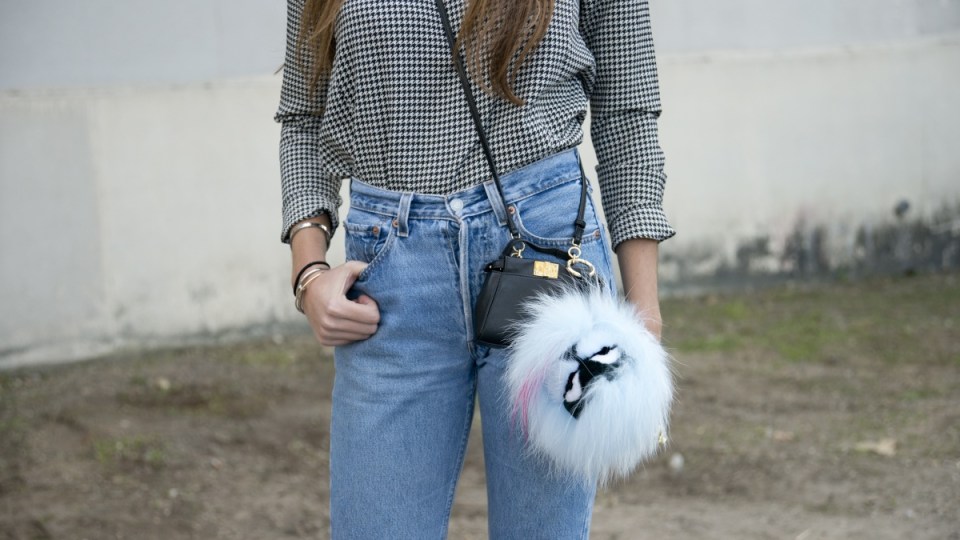 There were some poll results making their way around the Internet this week, answers to the question: “What should people give up once they’re middle aged?”

Amongst the resounding responses were “skinny jeans” and “going out to nightclubs”, suggestions which we were all supposed indignant about.

“How very dare they!” I fumed. I actually think middle age is a good time to start going to nightclubs.

I did, however, silently agree that skinny jeans may not be the best look after 40.

In fact, I don’t even know if they’re the greatest look for under 40s. I like them on guys, on those sort of rock-and-roll Nick Cave types that look like they live on cigarettes and poetry, or skinny girls who look like those guys (i.e. Patti Smith).

But on your your average mall rat or Hollywood A-list bore clutching a Starbucks I think they put on kilos and look cheap and nasty.

This is unfortunate because jeans, on the whole, are probably the best piece of clothing ever invented. I intend to wear them forever.

I’m going to attempt that, with boyfriend jeans and (significantly less expensive) jewels.

As such, I don’t think you need to give jeans up as you grow older. You just need to choose the type of jean that best suits your body shape and pick the right top to match.

Avoiding a muffin top is a no brainer. Visible bum crack another. These are public service issues that need to be taken into account before anything else.

Of course, there are jean trends to contend with. If you look at old photographs, the jean cut is a dead set giveaway for what year they were taken in.

I don’t remember the jeans I wore when I was little girl in Sydney – maybe I didn’t wear them at all – but as a teenager having the right jeans was everything.

There were the Amco cords and the slightly baggy, straight-legged Lee denim jeans the boys wore (very Cronulla).

Then there was the fashion pinnacle: the high-waisted, flared Jag jeans (with the little belt buckles on each side), perfect worn with platform clogs while you were being chased down the street outside the Hordern Pavilion by a gang of mean, angry Sharpie chicks.

When I went through my inner-city punk phase, I wore black stovepipe jeans, so super tight and cool they didn’t exist in stores. We used to have to buy jeans, dye them black and run them in on the sewing machine.

This then moved into the 80s and the era of Levi 501s. If you look at them now, the waist is so high they look like Mom jeans but we all thought we looked like Cindy Crawford at the Coke machine in them.

With a belt, you had a paper bag waist, and with two rips at the knees, you were Madonna.

Tina Turner rocked the 501s really well too, and I actually discovered her secret. My flat mate was hired to make costumes for Tina’s world tour and we discovered she had all her jeans customized to fit like a second skin (she also had sandpaper glued to the bottom of her Manolos so she wouldn’t slip).

So what’s the trend in jeans now? If anything it’s back to mid-rise, not too tight, cropped high above the ankle, with a little flare. I like it, but you have to have rather thin thighs, so I may not be able to adopt it.

I’ll stick to the slightly oversized and forgiving boyfriend shape that I love. Thankfully, vintage style Levi 505s are apparently back in favour and they fit that description. I’ll wear them to the nightclub.

Are you wearing the right jeans for your age?