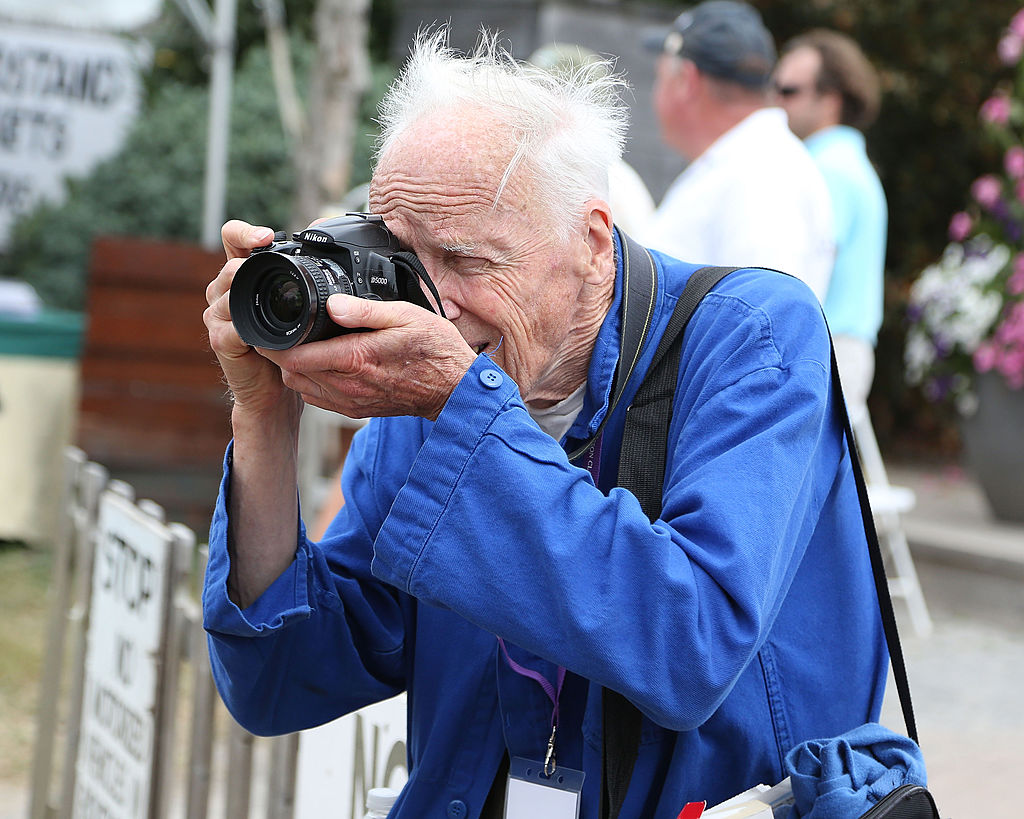 A spokeswoman for the Times confirmed Mr Cunningham died on Saturday, after being recently hospitalised for a stroke.

“To see a Bill Cunningham street spread was to see all of New York,” New York Times executive editor Dean Baquet said in a tweet posted to the newspaper’s Twitter account on Saturday afternoon.

New York City Mayor Bill de Blasio said Cunningham would be remembered for his trademark blue jacket and travelling by bicycle with a small camera bag strapped to his waist.

“But most of all we will remember the vivid, vivacious New York he captured in his photos.”

Cunningham was a 40-year veteran of the New York photography scene, but gained a new generation of fans after the hit 2010 documentary film Bill Cunningham New York, which celebrated his eccentric work style and home life.

The film documented Cunningham’s solitary existence as one of the last tenants of Carnegie Hall – the once-famed residence of many New York creatives.

Cunningham lived in a tiny flat in Carnegie Hall filled with thousands of his old negatives, and slept on a single mattress.

He was known for cycling the streets of New York on his bicycle, never seen without his trademark blue French workman’s jacket.

He loathed ‘hot or not’ lists and opted never to criticise fashion. He simply did not photograph clothes he didn’t like.

But Cunningham was openly critical of celebrity culture and homogenised fashion. He preferred to capture New Yorkers who pushed sartorial boundaries.

He also resented his own celebrity, which came relatively late in life, saying his subjects were less candid when they noticed him.

In one particularly poignant Bill Cunningham New York scene, the photographer was asked if he’d ever had a romantic relationship.

“Are you asking if I’m gay?” he laughed, before saying sexual relationships had never “really occurred” to him.

One former Times colleague wrote that although Cunningham “excused himself” from sexual society, he loved to chronicle it, and was a quiet yet staunch supporter of the gay community.

Cheerily referring to his subjects as “kids”, Cunningham was a cherished presence at fashion shows, and in 2009 was named a Living Landmark by the New York Landmark’s Conservancy.

He counted New York heiress Brooke Astor as a friend, and was the only member of the media invited to her 100th birthday.

Cunningham began publishing a regular series of photographs in the Times in 1978 after a chance photograph of Greta Garbo got the attention of the storied paper.

After dropping out of Harvard University in 1948, the Boston-born Cunningham moved to New York where he worked as a hat maker and in advertising before being drafted into the US Army.

After his military service, Cunningham returned to New York where he wrote fashion pieces for the Chicago Tribune.

He soon moved into photography and started taking photos of people on the streets before joining the Times.

In a 2002 interview with the paper, Cunningham said he always tried to be as discreet as possible because “you get more natural pictures that way.”

“I suppose, in a funny way, I’m a record keeper. More than a collector,” he said. “I’m very aware of things not of value but of historical knowledge.”

Cunningham was named an Officier de l’ordre des arts et des Lettres in recognition of his contribution to art and literature by the French Ministry of Culture in 2008 and received the Carnegie Hall Medal of Excellence in 2012.