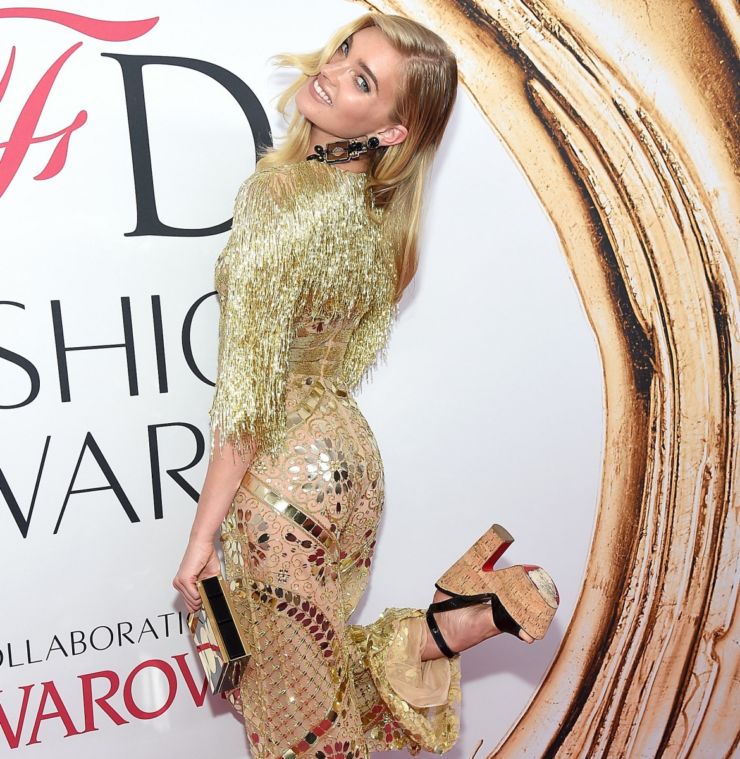 The Council of Fashion Designers of America Awards is an annual event which recognises talent and achievement in the fashion industry.

It’s also at that awards ceremony where Rihanna wore an entirely see-through dress in 2014. Thus, fashion fans have come to expect great things from the CFDA red carpet – nudity included.

This year’s attendees, however, played it surprisingly safe. Sure, everyone looked nice, but it was all a little dull.

The only person having any fun on the red carpet was Swedish model Elsa Hosk, whose gold, fringed Naeem Khan jumpsuit was comfortable, playful and chic.

In an era where standing out is the new fitting, it appears as though all one needs to do to make a statement is choose something that doesn’t take itself too seriously.

In fact, the most memorable outfits on the red carpet all featured pants – from Tilda Swinton’s laid-back look, to Selma Blair’s pant-dress hybrid, to supermodel Adriana Lima’s Matador-inspired get-up.

Beyoncé, the recipient of the Style Icon Award, also chose trousers over a gown, wearing a sparkly pinstriped Givenchy suit and a dramatic wide-brimmed hat to accept the coveted honour.

In her speech, the singer thanked her grandmother and her mother, both seamstresses who used their sewing skills to circumvent the lack of clothing options for curvy women.

“And we couldn’t afford designer dresses and couture. My mother was rejected from every showroom in New York. But like my grandmother, she used her talent and her creativity to give her children their dreams.”

The rest of the attendees were surprisingly subdued given the precedent set by Rihanna. As a reminder, here’s her gown at the 2014 ceremony …

Models Jessica Hart and Shanina Shaik, the only Australians in attendance, both looked summery and modern, with Shaik in orange Givenchy and Hart in a white bralette with matching skirt and jacket.

Olivia Wilde, who is pregnant with her second child, skipped a traditional maternity outfit and instead chose a skin-tight, forest green Rosie Assoulin gown with large cutouts on each side.

“The tighter the better,” she told People magazine.

One of the most-photographed moments of the night was the arrival of the Olsen sisters – child star twins Mary-Kate and Ashley, 29, and their younger sister, actress Elizabeth, 27.

The sisters, who are rarely photographed all together, happily posed as a trio, showing off the startling height difference between them.

A pair of pants was the standout on this red carpet