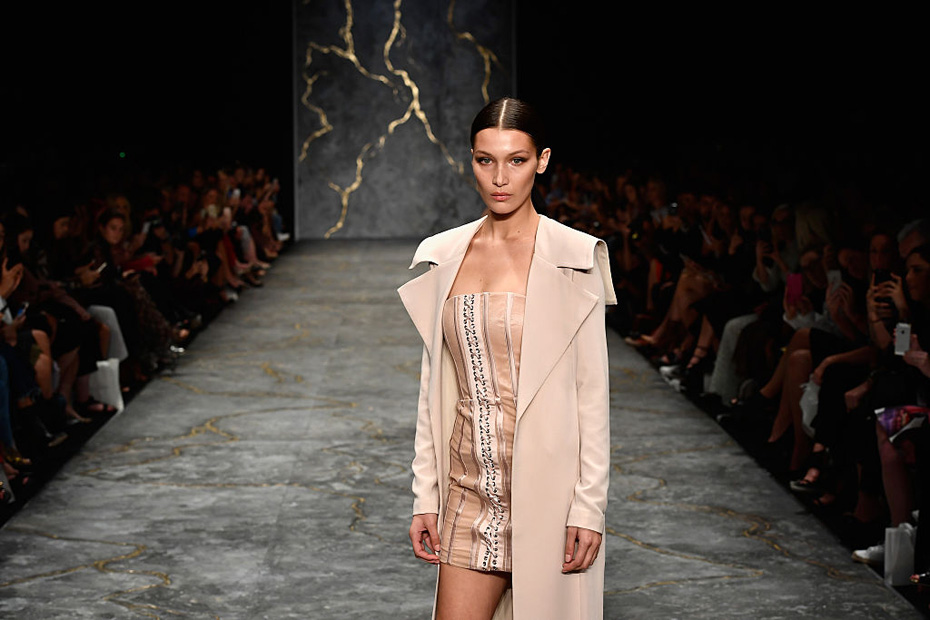 Bella Hadid was reportedly paid $400,000 to walk the runway at Sydney fashion week, but her behaviour has been branded less than stellar.

The 19-year-old supermodel, who walked for local label Misha, has shot to international fame over the past 12 months as the younger sister of model Gigi Hadid.

But Hadid apparently ruffled feathers by insisting on an expensive hotel swap to the newly-refurbished, $1000 per night Old Clare Hotel during her Sydney trip.

According to The Daily Telegraph, Hadid was concerned the beginning of the Sydney Half Marathon on Sunday was going to disturb her sleep, and was also unimpressed with her original hotel’s 10am check-in time.

The paper also claimed Hadid was unhappy with the amount of security she was offered during her stay, complaining it was less than her elder sister’s when she last visited Australia.

Gigi Hadid also whizzed through Sydney on a 24-hour trip last year, appearing for US label Guess and sitting in the front row of the David Jones fashion show.

Despite her younger sister’s reported hotel antics, Australian label Misha is likely to be happy with the press Bella generated during her trip.

The model, who boasts over four million Instagram followers, posted a total of six photos of her wearing Misha garb, including a heartfelt thank you to designer Michelle Aznavorian for asking her to open and close the runway.

Hadid and her boyfriend, musician The Weekend, are regulars on US red carpets, while Hadid is friends with a number of high profile models, including Australia’s Bambi Northwood-Blyth, who she caught up with while in Sydney.