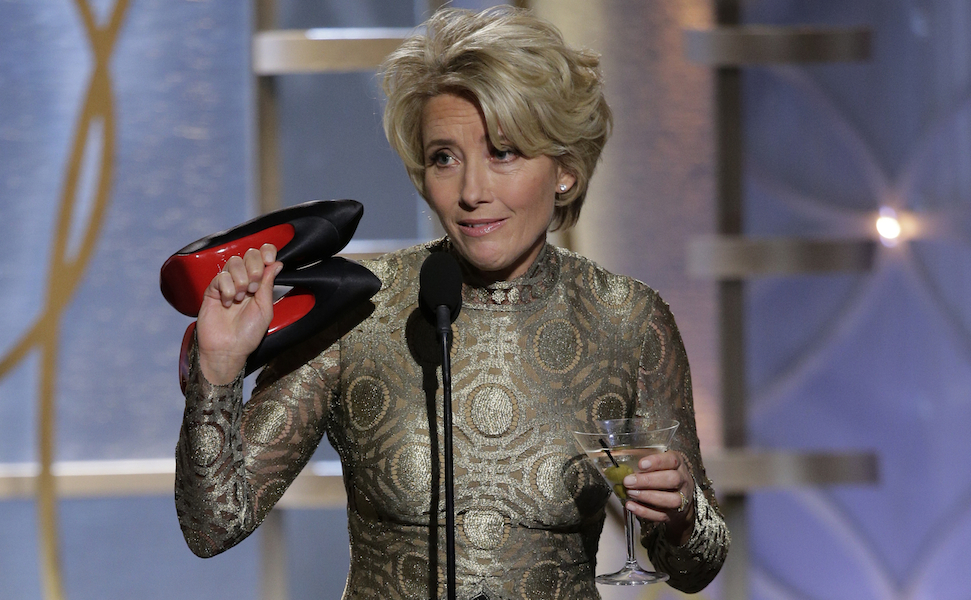 An incident was reported this week by the BBC in which a receptionist claimed she she was sent home from work at a corporate finance company after refusing to wear high heels.

Apparently the company dress codes requires women to wear shoes with a heel height between “2in to 4in”, and when she refused to go out and buy a pair she was sent home without pay.

• Why you shouldn’t splurge on a wedding dress
• Why we shouldn’t care what politicians wear
• Cannes 2016: the best and worst red carpet looks

As she told BBC Radio London, “If you can give me a reason as to why wearing flats would impair me to do my job today, then fair enough, but they couldn’t. I was expected to do a nine-hour shift on my feet escorting clients to meeting rooms. I said I just won’t be able to do that in heels.”

There’s a few troublesome things about this story. One, that she didn’t ask if there was a particular dress code in place before she started, and two, that the idea still exists that you can dictate the heel height for a female employee.

What weird place does this thinking come from? You look more polished if your feet hurt?

Let’s just take the sexual, fetishistic aspects out, like the suggestive image of a lengthened leg or the stilted sashay heels produce. Let’s assume this wasn’t priority number one with Phil in human resources when he came up with the guideline.

What does a high heel say? That you’re more in control? As someone who detests wearing high heels I can tell you one thing I don’t feel when in a vertiginous shoe and that is in control.

Heels make me feel unbalanced and tentative, and as a result, cranky. This is pretty much my natural state of being anyway, so add agonising pain on the pads of my feet and imagine the outcome.

I’m quite tall, so I’m happy wearing flats, even though I often see red carpet photos of myself next to glamazons in Manolos and think “Geez I look squat”. But I don’t care enough to be in pain all night.

However, not all flats are comfortable. I had a pair of Tory Burch ballets that gave me an actual bunion that I still haven’t forgiven her for. I wore Chanel flats to the races recently and I had to take those off on the way home, my date commenting that I’d reached rock bottom in shoe-pain tolerance and may need to stop going out.

Generally, I find wedges to be the most comfortable shoes of all, even if they are high, or a mid-heeled 30s or 40s-style pump.

I pretty much don’t like any part of my body, but I do like my feet, so I decided early on I would be nice to them. I love a jewelled sandal, a rope espadrille, a flat boot. But I have, late to the party, discovered the joy of Birkenstocks.

I was visiting an old friend in Brunswick Heads and he suggested we go out for coffee. As we left the house and walked down the main street, I noticed he was barefoot.

Just before I called the police, I realised I was practically the only person in the café wearing shoes. (Note to self: don’t open a Jimmy Choo store in Brunswick Heads).

The thought popped into my head that maybe I needed a pair of navy blue Birks, the shoe you wear when you aren’t wearing any shoes. I felt like I was wearing cardboard boxes on my feet for a week or so but now they are broken in, I am a changed woman.

I’m thinking of wearing them with socks this winter. I’ve decided they’re okay for lunch at the pub, maybe not for dinner. But they are becoming a trusted friend.

Each time I leave the house, I see them in the hallway, and feel the same stabbing pang of regret about leaving them behind as when you close the door on your dog.

Screw high heels. You should wear these instead