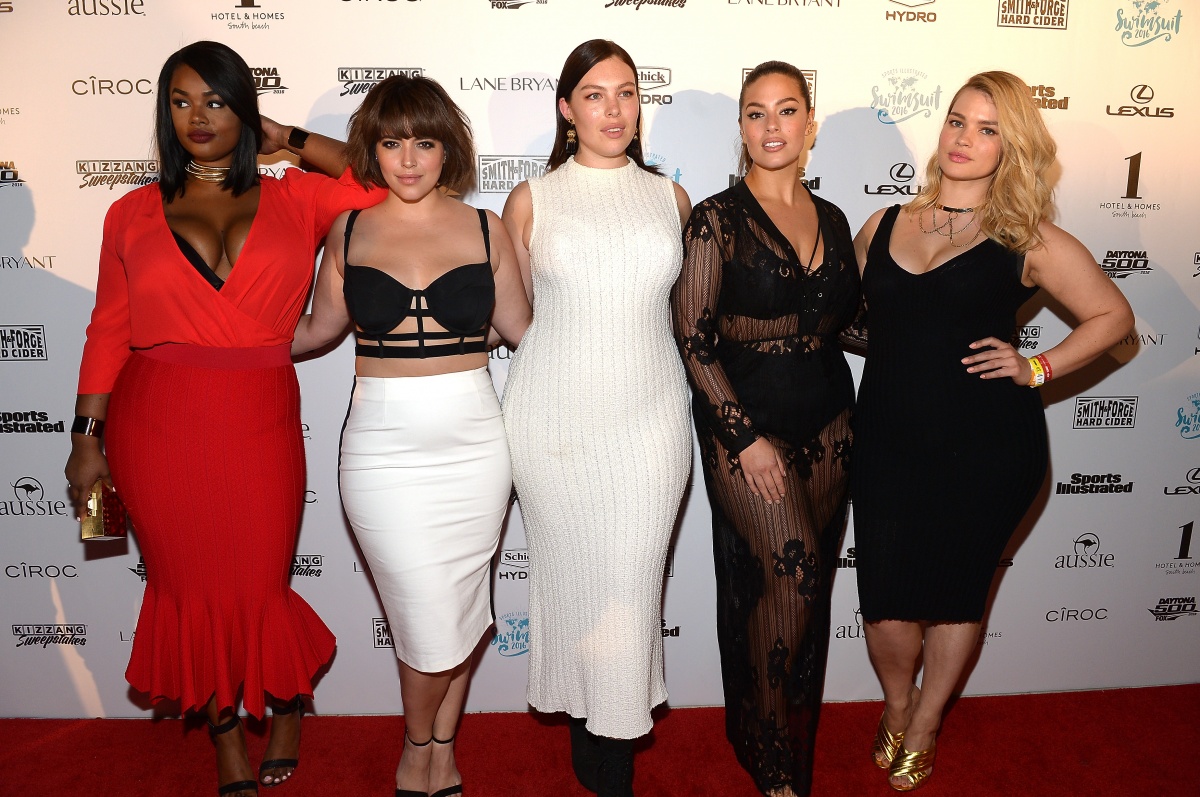 I was having one of those conversations the other day when the Kardashians came up.

I didn’t raise the subject, I never do. Part of me has sadly resigned myself to the fact that the Kardashian/Jenner family and breathlessly idiotic news about them will be around in some shape or form until the end of time, and I’m trying to eke out an existence without mention of them.

But a PR innocently asked my thoughts about them and my reply was, “I try very hard not to think or talk about them at all. It takes up oxygen”.

After I got the “the mother is a genius at marketing” speech, which made me want to poke a lip plumper into my eye, the conversation unfortunately continued, “I think they have done great things in promoting the idea of curves, and fuller figured women,” she said.

And so I was drawn inevitably into the argument. Because yes, and no. There is a deception going on that the promotion of big bosoms and “some junk in the trunk” means a victory for the so-called “plus size”.

But have you looked at these celebrities and models lately? They all have stupendous, hourglass figures, and tiny waists. There are no bellies, no back fat, no tuckshop arms, no cankles. It’s all thick luxurious manes of hair, and perfect skin and teeth.

Plus size indeed – as long as you have the impossible proportions of Jessica Rabbit.

Ah the existence a waist. It fixes everything, fashion wise.

A glance at the Instagram-famous bikini girls would also suggest that an unnaturally small rib cage is currently a bonus.

I’ve never had a waist to speak of, and as I have gotten older, it’s the first place that I put on weight.

I was chatting to a friend recently who mentioned that she was going to make an appointment with the famous Sydney diet doctor who charges a fortune to advise you to stop eating entirely.

“Nah, I have a problem with that, for all sorts of reasons,” I said.

“I know, so do I,” she replied. “I just don’t want to be that woman over 45 who can only wear an oversized shirt un-tucked over her elastic waist pants.”

Which caused us both to break into fits of laughter and have another wine, because we were both already there.

There is no doubt about it, you certainly have more fashion options if you have a waist.

I watched glamorous sixty-something Charlotte Rampling in a film recently, rocking a tightly belted khaki trench coat, French style. If I belt a trench I look like Danny de Vito in Batman.

All of those stars that the media promote as “curvy” are teeny tiny in real life. I once walked a red carpet in New York and found myself in the horrific situation of being wedged between Beyonce and Jennifer Lopez who, apart from being two of the most beautiful women I’ve ever seen in real life, were tawny, glowing, perfectly proportioned, wasp-waisted miniature dolls. I felt like a yeti.

So, given I have to ignore the emails from Net-a-Porter suggesting that I might like to drop $2700 on this season’s crop top, I have decided there are ways of dressing around the lack of washboard abs without resorting to a caftan.

And I’ll pass on the “waist-training” belt thanks. That’s something best left to Kim.