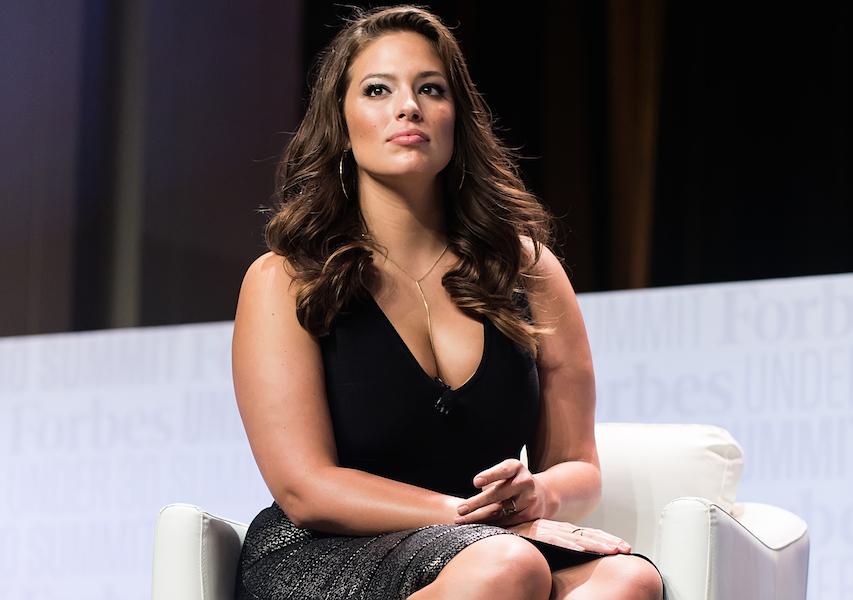 This week, a 28-year-old woman from Nebraska in the United States made headlines around the world for doing something many women do regularly: wear a swimsuit.

Only for “plus-size model” Ashley Graham, the swimsuit came in a size 14 and a photo of her wearing it featured on the cover of the iconic Sports Illustrated Swimsuit Issue.

So why all the fuss? Graham is the first genuinely “plus-size” model to appear in the magazine, let alone on its cover – completely unretouched, nonetheless.

Graham was first included in the magazine’s pages in 2015, but only as part of an ad sandwiched between countless photos of slender, toned teenagers.

Despite meeting with editor MJ Day in 2014, Graham’s size was deemed inappropriate for the pages of the famed babe-fest.

Last year, the magazine was applauded for hiring Australian model Robyn Lawley, who is on the smaller side of a size 12.

The positive reaction to Lawley’s inclusion may have been enough to finally get Graham’s curvier figure over the line.

But while Graham, who is the size of today’s average American woman, is curvier than fellow models like Chrissy Teigen and Gigi Hadid, she prefers not to be described as plus-size.

In a Ted Talk that has now amassed more than half a million views, Graham detailed her struggle to be accepted by the fashion industry and called for an end to the phrase “plus-size”.

“The fashion industry may persist to label me as plus size but I like to think of it as my size,” Graham said.

The approach has paid off. Graham, who has been modelling since age 12, has a whopping 1.2 million Instagram followers and a contract with revered agency IMG Models.

Watch her Ted Talk below.

The reason Emma Watson is taking a year off acting

The 25-year-old has announced she will take a year off acting to focus on her own personal development as a person, a feminist and an avid reader.

For the new issue of Paper magazine, Watson chatted to American feminist and activist bell hooks about her aspirations for the year ahead.

“I’m doing a huge amount of reading and study just on my own. I almost thought about going and doing a year of gender studies, then I realised that I was learning so much by being on the ground and just speaking with people and doing my reading.”

The Harry Potter star admitted she sometimes feel pressure to prove to people that she is more than just a Hollywood starlet.

“I do feel like I have to overcompensate at times,” she told hooks, adding that now was the perfect time for her to focus on self development.

“It almost feels like the chemistry and the structure of my brain is changing so rapidly sometimes.

“It feels as if sometimes I’m struggling to keep up with myself. It’s a really cool period of time for me.”

Watson started an online feminist book club at the start of this year to encourage women to read and discuss empowering literary works. You can join it here.

British songstress Adele had a bit of a rough one this week after her Grammys performance was widely panned due to audio issues.

But as the cliche goes – laughter is the best medicine. After admitting to Ellen Degeneres that she cried for the entire day after the Grammys, the 27-year-old let off some steam at American smoothie chain Jamba Juice.

With Ellen in her ear feeding her lines, Adele harassed the poor staff with requests like “can I have a large but in a small cup?” and “do I have to pay for this?”.

The entire time the singer doesn’t even crack a smile or break out of character – perhaps an acting career is on the cards? Why Ashley Graham’s dress size is a big deal