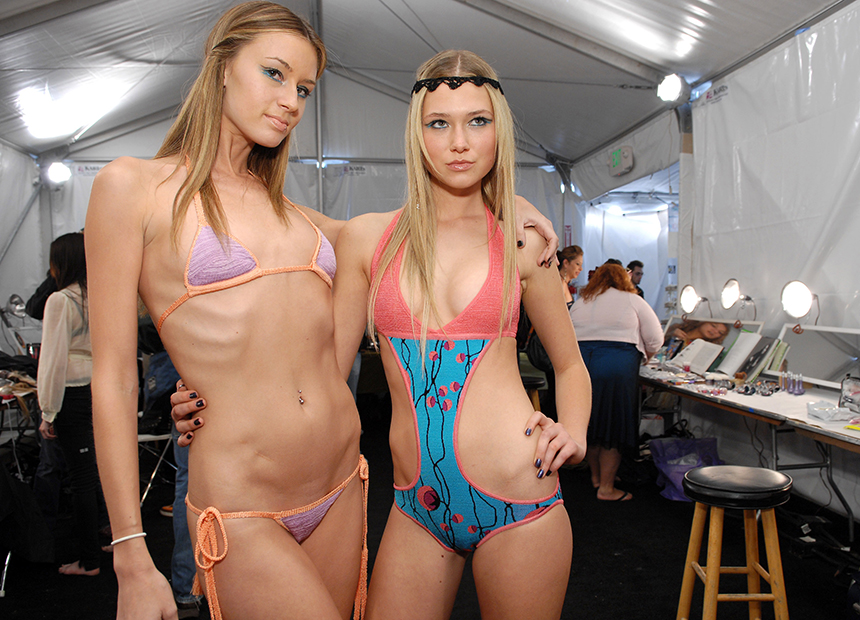 The issue of skinny models is in the news yet again, with the most recent comments coming from Alexandra Shulman, Editor in Chief of British Vogue, with her assertion that she “absolutely strongly believes that the use of extremely skinny models on the catwalk does not give girls body issues”.

This was in reaction to new laws being looked at in the UK, which would require models to be weighed and have a Body Mass Index (BMI) reading, in order to deduce whether they are underweight, and/or have a possible eating disorder.

• Why it’s time to ‘make skinny models illegal’
• Why modern men are dressing better than women
• A day in the life of plus-size supermodel Robyn Lawley
• Victoria’s Secret: the world’s best ad campaign

When I released my memoir The Vogue Factor in 2013, about my years as an editor, I included some true tales about models and their sometimes unhealthy battles to stay slim, in particular a story I heard from a top agent that a number of girls were eating tissues in order to stave off hunger.

These were not fictitious – I had been privy to a small number of models and their obvious eating disorders over the years. I wasn’t whistle blowing, I wasn’t making up stories to sell the book. I was merely a former Vogue editor telling the truth, which is pretty rare in the world of high fashion, models and dieting.

My comments went global and I suddenly found that I had become an unwitting spokesperson championing the idea of fuller figured models on the runway, something which I had in fact never said and that I don’t particularly want to see.

Models on the runway have always been tall, slim, willowy, and yes, on occasion, sometimes too thin. But scary thin is not the dominant body type in the modelling world. In general, they are lean genetic freaks who are young, well proportioned and flawless and who are yet to develop lumps and bumps and stretch marks.

I see no problem with slim models on the catwalk – we are there to judge and assess the clothes, not get distracted by evaluating the girls’ bodies. I don’t think they should be weighed and measured and commodified like cattle.

Some girls are naturally thin, some have worked out to be thin, and another proportion of them will have dieted heavily to get into those tiny samples. Unless a girl looks unwell, acts spacey, or is publically displaying dangerous diet practices it’s not really for us to judge how she got thin or to assume she has an eating disorder. You can’t be sure. You are not with her 24/7.

The other question is, of course, are these skinny, perfect creatures causing eating disorders in other impressionable young women, who are dieting radically in order to look like them?

I have two friends, both with daughters who are not yet 16. The girls dream of being Victoria’s Secret models, due in part to the undue and excessive media attention paid to that corny, anachronistic parade of babes in lingerie. Both have developed bulimia.

Can we make a direct correlation? In some instances I would say yes. But I would also say it very much comes down to the individual. I understand that self esteem is fragile and this constant bombardment of supposed physical perfection is not helping.

But the world of high fashion, and couture, will never change – designers prefer to see their fashions presented on a thin, gamine silhouette, with long limbs and wasp waists, like line drawings come to life.

Yes, in more recent times they sometimes experiment with showing other shapes and sizes, dancers and athletes, but in general high fashion is focused on glittering creatures who are not meant to resemble the ordinary woman. That’s the dream.

The important underlying message should be that we teach young women that these exotic birds are just fashion models, not role models. They are simply there to sell clothes, meant to be admired, but not necessarily emulated. And I don’t know how you do that. Who’s to say when a model is too thin?