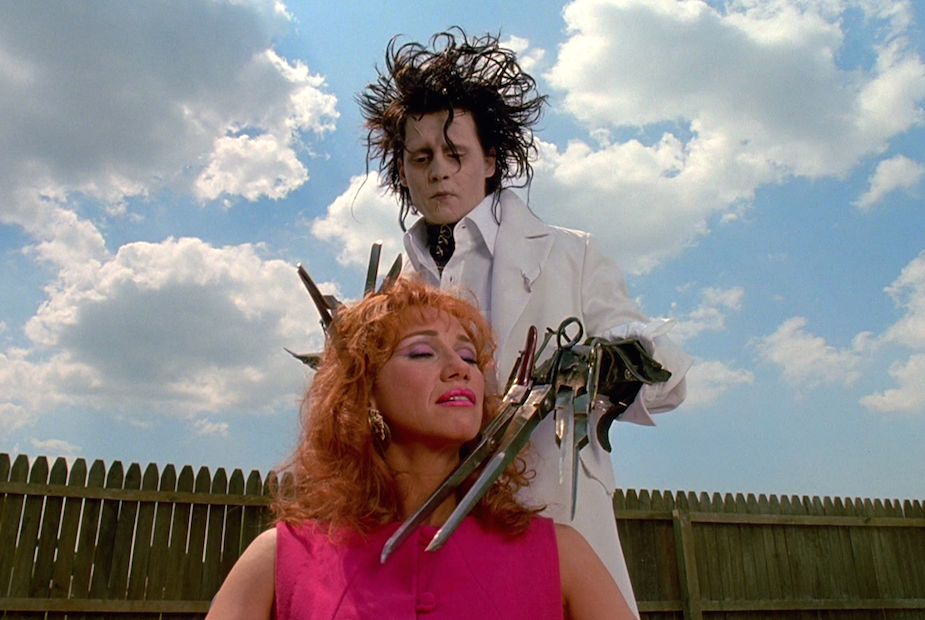 Drop that can of hairspray – we’ve been cutting our hair wrong all along.

For the past few decades, human beings have been using scissors to trim their tresses.

Just one pair of lowly scissors, some shampoo, a hair dryer and maybe a little bit of product.

Really, what we should have been using if we had any sense at all is a samurai sword and an open flame.

Thankfully, Spanish hairstylist Alberto Olmedo is here to remedy our years of error with his Edward Scissorhands-style technique.

In a video that’s going viral online, the Madrid-based hair wizard uses some serious swords to cut the locks of his salon patrons.

He also sets a woman’s hair on fire as part of this unconventional technique.

“Hairdressers usually cut one side, then the other and one side is always a bit different from the other,” Olmedo explains in the video.

“The only way to do it in an exact mathematical way is to cut both sides simultaneously.

This is hairdressing, Game of Thrones style.

Ifwe’re being honest, the finished product isn’t exactly mind-blowing. A pair of scissors probably would have done the trick.

The process, however, is quite mesmerising and also perfect fodder for a sub plot in the new Zoolander movie.

Olmedo isn’t a trailblazer in this area either. Brazilian women have been using fire to trim their split ends for years thanks to a technique called velaterapia.

Supermodels like Alessandra Ambrosio and Babara Fialho have credited the technique for their long, luscious locks.

Here’s a little demo of how it’s done, just don’t try it at home.

Usually when a politician makes a fashion statement it’s a brightly-coloured tie or a statement brooch.

Rarely do they go all out and change the game entirely.

Philip Ruddock, Father of the House and Federal Member for Berowra, did just that on Wednesday by turning up to Parliament in a full safari suit. No, Ruddock wasn’t trying to bring back the Safari look (last worn by Prince Charles in his heyday) – he was trying to raise money for charity.

The MP was dared to wear the suit to fundraise for motor neurone disease research at Macquarie University.

So far, Ruddock’s efforts have earned his cause more than $2600, substantially more than his target amount of $1000.

Father of the House Philip Ruddock strides into Question Time in his safari suit + fitbit pic.twitter.com/DH0XmeNQwt

As an added bonus, Ruddock also looked super fly and somewhat on-trend. After all, khaki is in this season.

The photo-sharing app has no shortage of globetrotting, bikini-wearing, celebrity-spotting users offering up likeable content all day every day.

Despite this, the most popular Instagram photo of 2015 is pretty simple. Just a supermodel lying on the ground with her hair arranged in a love heart pattern.

Kendall Jenner has nabbed the top spot, with her post from July this year which scored 3.2 million likes. That might seem like a whopping amount of support for one 20-year-old to receive, but it’s just another day in the life of Jenner, who boasts 42.8 million Instagram followers.

The rest of Instagram’s top 10 most-liked list reads like a who’s-who of young Hollywood, with Taylor Swift nabbing the second and third spots, closely followed by Jenner’s younger sister Kylie in fourth spot.

Swift has five photos on the list. Of those five, three include her cat, Dr Meredith Grey.

Turns out bikini photos still have nothing on cute animals. People are cutting their hair with swords and fire