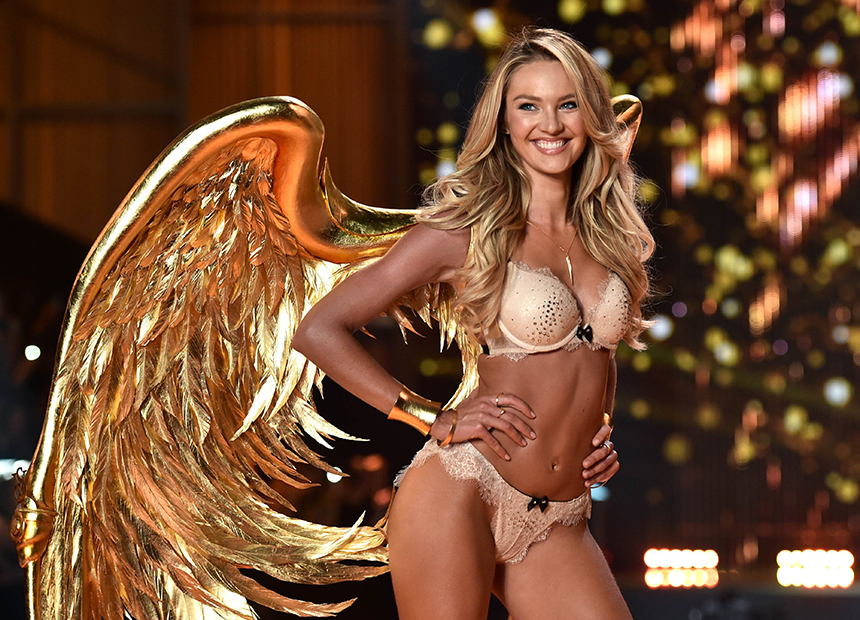 This week 47 models will walk down a runway surrounded by celebrity guests, delivering a nearly hour-long show that is recorded and televised in a month’s time.

You’ll know it best as the Victoria’s Secret Show – an annual display of cleavage, sparkles and expert branding.

This lavish show is the culmination of a year of media coverage surrounding the casting of the models, the creation of the costumes, the selection of the musical performers (there was a flutter when Rihanna pulled out recently), the unveiling of this year’s “Fantasy Bra” and who will be wearing it and the requisite reporting on how the angels get in shape for their big day.

In this day and age, gifting so much free publicity to a company that is already wildly successful is out of character and, frankly, bewildering. The products have little to no bearing on the average consumer’s life, the American focus has limited relevance to an international audience and the show is essentially a stunt that generates free PR for a large corporation.

Regardless, every single story that can be squeezed out of this single event is published because, well, beautiful women in their underwear sell.

This is the same strategy employed by Victoria’s Secret itself, a 38-year-old company founded in an American mall that has somehow become a household name and a billion-dollar business.

Of course, around this time the company’s naysayers usually emerge from the woodwork, arguing that the show is little more than a modern beauty pageant that objectifies women and promotes unrealistic ideals.

They’re not wrong, but another argument that receives far less airtime is that the show – and its lengthy lead-up – is just one big, shiny ad campaign.

Even more perplexing is the ever-growing barrage of coverage afforded by mainstream and social media – free of charge and with little prompting.

In 2015, when pageants are viewed as passé, political correctness is of the utmost importance and keyboard warriors are quick to question the credibility of anything and everything, aren’t we awake to this kind of marketing genius?

No other product launch, bar perhaps Apple, receives quite this much attention. It’s a credit to the marketing masterminds behind the company’s branding, but it’s also a concerning insight into our ongoing obsession with commodification and sexualisation.

Simply by combining the two, an underwear company has somehow managed to surpass the typically expected standards of advertising and promotion to gain a firm grasp on the world’s media.

As early as June, articles regarding the selection of models start to emerge. Existing models do a round of store visits, teasing details about the show and sharing their plans for shaping up.

Following the taping of the show, the models hit the talk-show circuit to spruik its December air date – a CBS broadcast which pulls around nine million viewers a year.

That’s not to say the coverage should stop – a spectacle of this nature is bound to generate some interest – but perhaps we should start taking it with a grain of salt.

For starters, Victoria’s Secret is particularly irrelevant to Australian consumers, who received a smattering of Victoria’s Secret “stores” last year which sell nothing more than some perfume, scented candles and a few piles of glittery undies. Of course, a video of the annual show typically plays on a constant loop at the back of the store while shoppers sift through the limited wares.

Furthermore, the actual show is only available to Australian viewers who are Foxtel subscribers.

Even for American consumers, the costumes featured in the show couldn’t be further from the products sold in the actual stores. Handcrafted by fashion industry pros in expensive fabrics with elaborate embellishments, they’re a far cry from the $20, made-in-India bras and knickers displayed in the shiny flagship stores. The extreme diet and exercise regimen followed by the models – and shared on social media with the hashtag #TrainLikeAnAngel – is unrealistic for those of us without a personal chef and a schedule dedicated to gym visits.

It seems somewhat naive to give such a free kick to a company that’s irrelevant to the better part of society.

By all means, tune into the coverage of the show and drool over the costumes, the celebrity guests and the perfectly tanned, slender limbs of the doe-eyed models strutting their stuff.

But make sure you see it for what it is: a clever marketing stunt from one of the world’s most successful companies, not a genuine news story. ‘Under siege’: Trump reveals FBI raid of home
Revealed: Australia’s richest postcodes – and professions
Colour and triumph for Australia as Commonwealth Games close
Monkeypox vaccines arrive for most at risk
Russia ‘using nuclear plant as base’ as UN slams attacks
Father, son get life for Arbery hate crime
Why activewear is okay even when you’re not exercising
Today's Stories