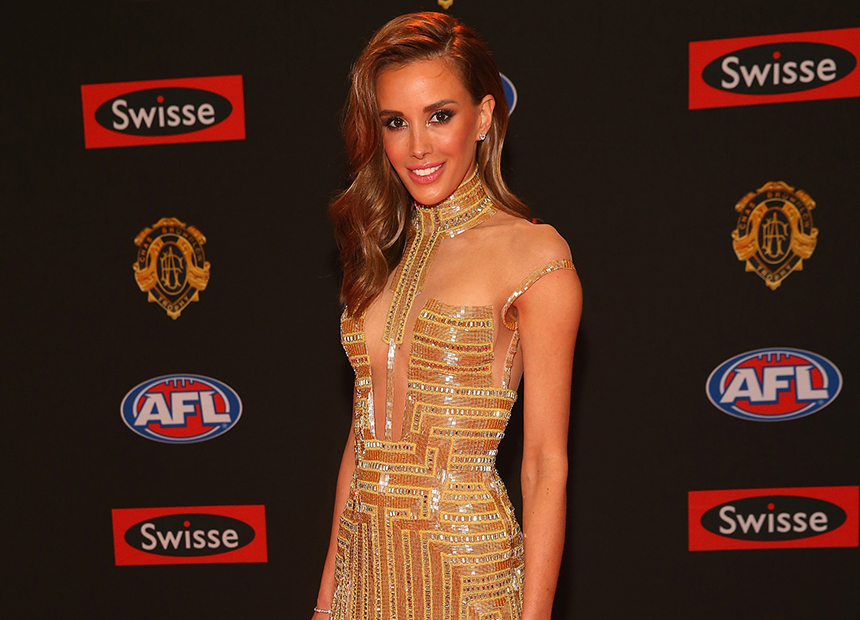 Each and every year, the supportive women in the lives of the nation’s AFL players put hours of effort into their appearance on the Browlow red carpet.

While the focus should be on the winner, more often than not it’s stolen by the flurry of fashion that takes place before the ceremony.

• The bold and the beautiful: all the Brownlow red carpet arrivals
• Gallery: the 2015 Dally M Awards red carpet

However, for the sartorially challenged the distinction between fashion triumph and fashion faux pas can be a little harder to define.

In fact, an architectural, high-fashion piece worth thousands of dollars might just translate to “looks like a curtain”.

They have no idea what they’re doing and they’re proud of it. Davey: The length is ideal for the heavily pregnant woman or the party goer that wants to resemble a cloud.

Stefan: What a well-dressed mother to be! Really beautiful. James: A bit shiny but fine.

Davey: The neckline and scalp-peeling tight hair really show off her impressive neck.

Stefan: Very classic. I would take her home to meet my mother. James: This has a fishing net vibe.

Damo: A bit much. Damo: My favourite so far.

Davey: Pretty stock-standard dress. Picked a winner in my opinion. Damo: Modern and different. It suits her well.

James: How come she only gets one sleeve?

Davey: Flashing the shoulder is always a good idea.

Stefan: Would definitely make me do a double take. Damo: Very elegant and she pulls it off nicely.

James: What a rare and elegant design! A real beauty.

Davey: A richly decorated transparent piece that looks like she’s spent $76 at the craft shop and stuck it to her body.

Stefan: A combo between Egyptian goddess and my grandmother’s curtains. Damo: Not sure about the wedding dress theme.

James: Good until you get to the bottom bit.

Stefan: Not very practical. She wouldn’t be helpful in a crisis. Damo: Classy and oriental in one, I like it.

James: Now THIS I like. I want to wear this. Damo: Not a fan of the stripes.

James: Love the stripes. Not so sure about the knuckle-duster though.

Stefan: I can see her undies, is that intentional? James: Reminds me of a classic English dessert called Angel Delight  and that’s not really a good thing.

Stefan: I think pink is for the nightclub, not the red carpet. Damo: It suits her.

James: I’d be uncomfortable if I had to wear that to a party but she seems very happy.

Davey: I think she put this on backwards. James: Dynamic. I’m getting a feeling of motion. Like The Matrix.