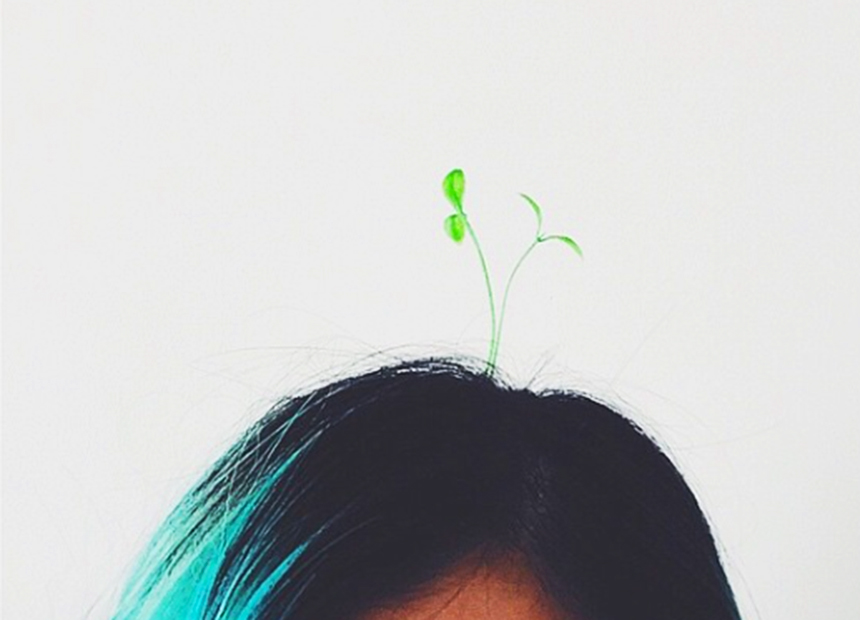 Every week, social media and fashion converge to craft a new ridiculous trend which may be here to stay (selfies) or may simply fade into the background (side bum).

While it’s more often the latter, that doesn’t mean it’s not fun to see what all the kids are doing these days, right?

As this is a trend column, we must give the people what they want.

This month, the people want to grow sprouts out of their scalp.

Yes, you read that correctly. In Beijing, #sproutcore is everywhere. Whether real sprouts, plastic sprouts or felt sprouts, people are pinning the plant to their heads. The motivation for this is a little harder to pin down. It may or may not be inspired by a character on a cartoon called Pleasant Goat and Big Big Wolf.

Mostly, it just looks sort of adorable and unique and, really, it’s no stranger than the Kardashians being famous so who are we to judge? If you don’t believe us and think this column has completely jumped the shark, simply search Instagram for the hashtag “#豆芽” which translates to ‘bean sprouts’ in Mandarin. There are hundreds of results.

Similarly, on eBay you can find as many bean sprout head accessories as your heart desires. This one is only 45 cents.

Leonardo DiCaprio has shaved and cut his hair, and everyone is really happy about it. As a reminder, here’s what he looked like mere months ago: Unlike Prince Harry and his ginger beard, it seems the general public weren’t as open to Leo’s rugged look, preferring him to look like he did in Romeo + Juliet which was, by the way, nearly 20 years ago.

It appears as though Leo is done with the caveman look, appearing this week at a climate change event in New York with more of his face visible than usual. The tributes came hard and fast, but no one expressed much sadness over the beard death.

While we welcome the change, we just hope Leo continues to wear pageboy caps really far down on his face because it is both bizarre and hilarious. Seriously, how does the man see where he’s going? The world has gone mad. As the man bun trend slowly dies, the man braid trend takes its place – much to the chagrin of GQ magazine, which has deemed the trend “dumb”.

Here is a how-to video demonstrating how to create the man braid on your own head:

The man braid refers not to cornrows, a traditional African style of braiding hair very close to the head in lines which has been around for centuries, but rather a thicker, larger braid resembling a French braid or plait (both traditionally worn by women). Obviously, the man braid takes quite a bit of excess hair to achieve so don’t attempt this with a crew cut or you’re sure to be disappointed.

#Sproutcore is an actual trend in China